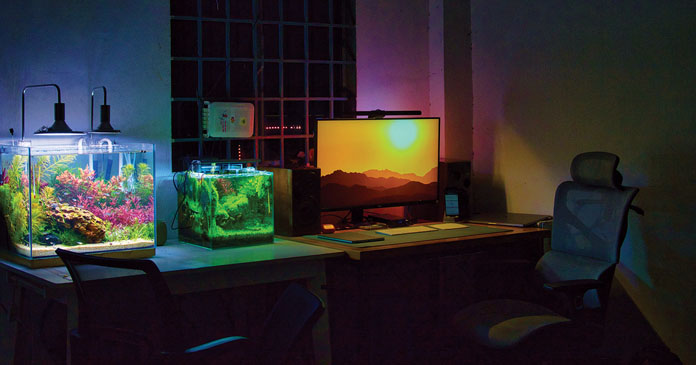 The career site has been tracking job postings that pay $80,000 or more per year and has noted the rate of remote work has been steadily increasing.

High-paying remote jobs amounted to 4 percent of all such postings before the pandemic, were at 9 percent at the end of 2020 and are up to 15 percent today, according to Ladders.

Based off the current trajectory, Ladders predicted a quarter of all high-paying jobs will be remote by the end of 2022.

“This change in working arrangements is impossible to overhype. As big as it is, it’s even bigger than people think,” said Ladders CEO Marc Cenedella. “Hiring practices typically move at a glacial pace, but the pandemic turned up the heat, so we’re seeing a rapid flood of change in this space. It’s really rather amazing.” The shift to remote work is the largest societal change in America since the end of World War II, Cenedella said.

“It’s a complete economic restructuring. It changes everything. Work consumes about half of our waking hours. So, when you change where you’re working and how you’re working, it impacts your entire life.”

That means remote work can free employees from being tethered to big, expensive urban centers. Cenedella said he expects to see smaller towns and cities grow that have appealing lifestyle elements but have normally lacked professional jobs.

“Those cities will see an influx of high-earning, well-educated professionals, which will change their school boards, their planning commissions and even the services offered to residents. Remote work at this scale will transform some communities completely,” he said.

One way to grow a town

Cities have already begun offering cash and perks to remote workers willing to pick up stakes and move to a new city—a trend experts say is here to stay. And an analysis of the impact of long-term remote work after the pandemic from the University of Chicago’s Becker Friedman Institute for Economics found lower spending on meals, entertainment, personal services and shopping, cutting spending in major cities by 5 percent to 10 percent of overall pre-pandemic spending.

But even with remote work on the rise, there is a big disconnect between managers and employees. That’s because about 44 percent of executives working remotely want to work from the office every day, compared to just 17 percent of employees, according to a report by the Fall 2021 Future Forum Pulse, a survey of 10,569 knowledge workers across the U.S., Australia, France, Germany, Japan and the U.K. conducted over the summer and backed by productivity company Slack.

The ongoing tug-of-war over remote work and other perks comes as workers are quitting their jobs at record rates. Across America, the number of workers quitting reached 4.4 million in September, with the Bureau of Labor Statistics showing the percentage of Americans who quit their job in September rose to 3 percent—the highest-ever rate recorded since the BLS began collecting data in 2000. The so-called “quit rate” was highest in accommodation and food services, at 6.6 percent, with retail trade at 4.8 percent.

The workers who remain are increasingly worn out and tired, too. A sentiment also felt by remote workers: Most remote workers say they work more hours at home than at the office—but managers are largely unconcerned about potential burnout among their staffs.