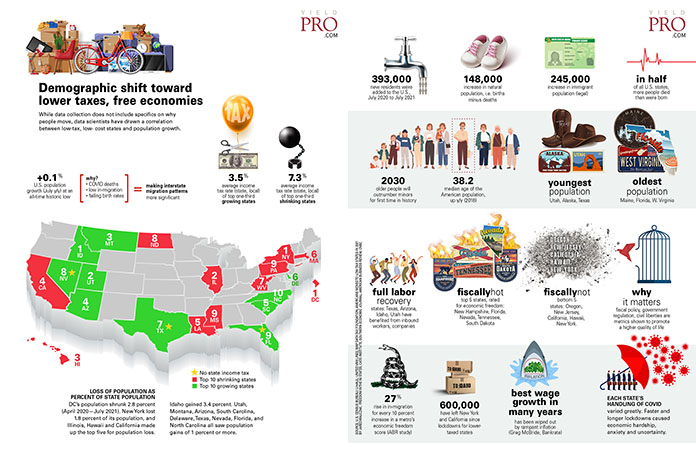 While data collection does not include specifics on why people move, data scientists have drawn a correlation between low-tax, low-cost states and population growth.

LOSS OF POPULATION AS PERCENT OF STATE POPULATION

DC’s population shrunk 2.8 percent (April 2020—July 2021). New York lost 1.8 percent of its population, and Illinois, Hawaii and California made up the top five for population loss.

In half of all U.S. states, more people died than were born

2030 older people will outnumber minors for first time in history

Why it matters. Fiscal policy, government regulation, civil liberties are metrics shown to promote a higher quality of life

600,000 have left New York and California since lockdowns for lower-taxed states

Best wage growth in many years has been wiped out by rampant inflation (Greg McBride, Bankrate) 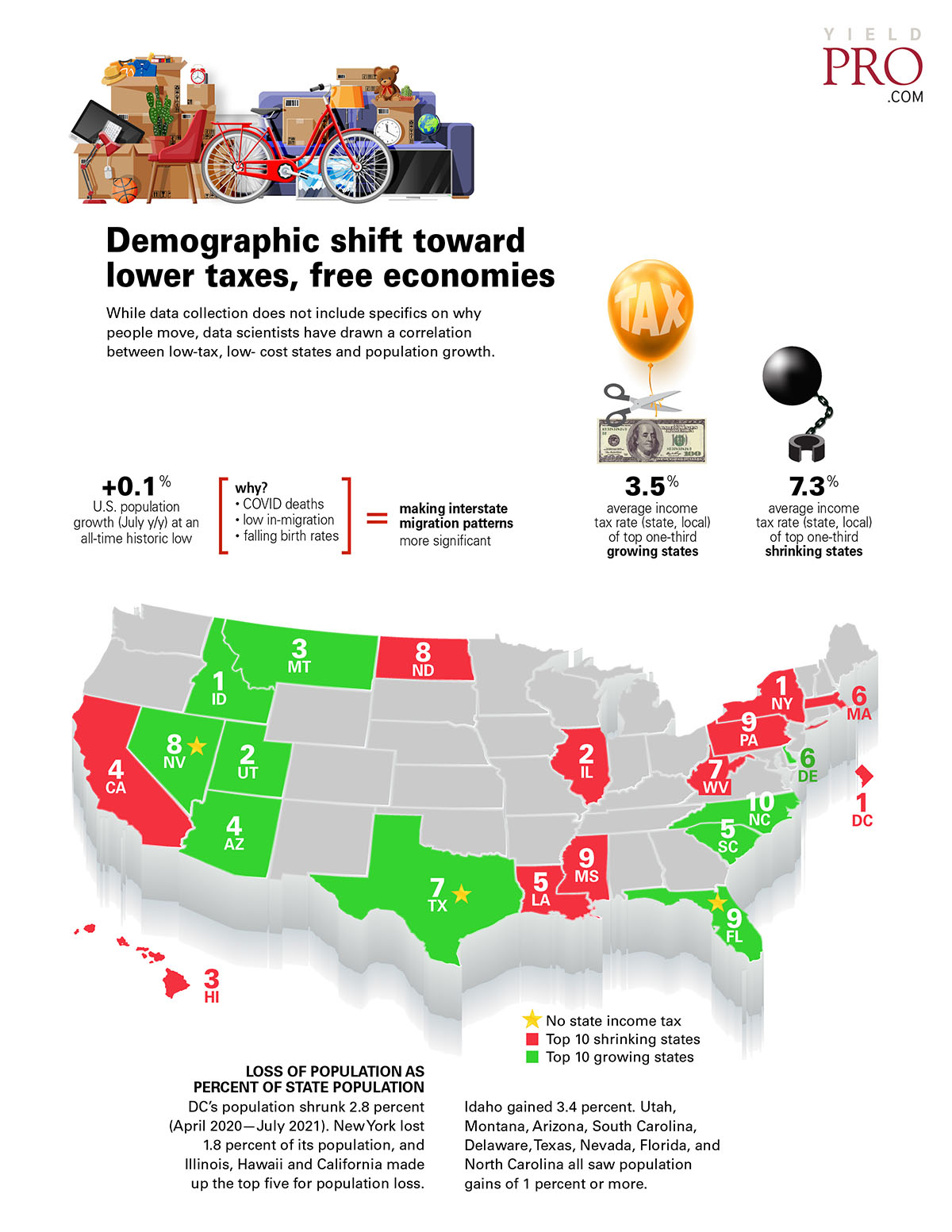 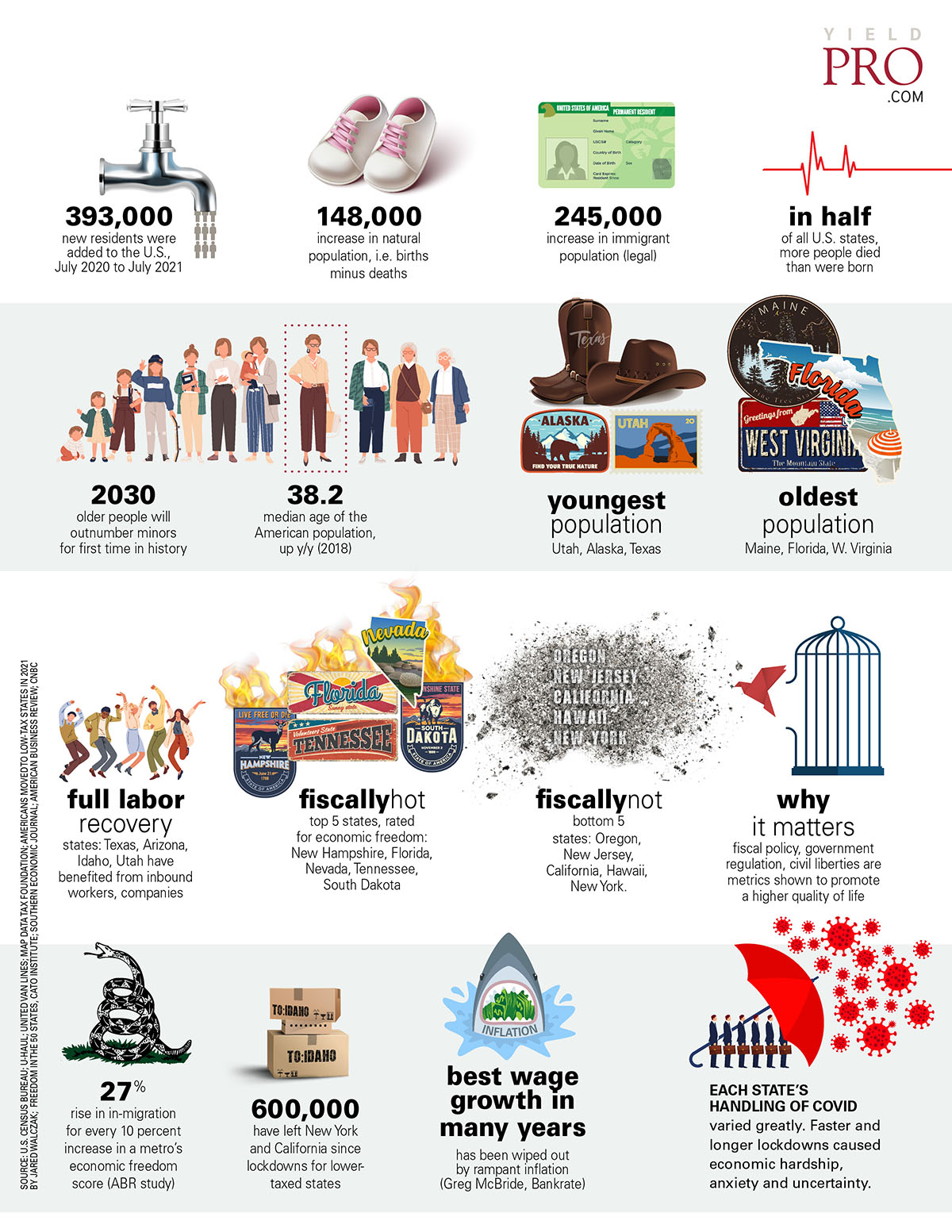