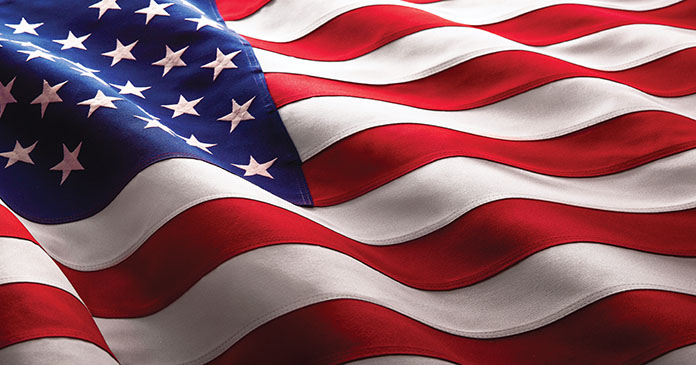 The U.S. republic is a great wonder of the world. Many believe divinely inspired. Even today the vast majority of its citizens continue to seek its promise of “life, liberty and the pursuit of happiness.” These immutable human desires are just too strong, too enduring to let go. They may be our saving grace in times of tumult.

At its foundation, the U.S. government operating system is centered on natural law and liberty for all—God-given rights which no government has the power to give or take. Natural rights belong to the people by virtue of their humanity, wrote the founders, a primacy that sometimes seems to be challenged, but nonetheless, remains at the center of our laws, businesses and lives.

Such a radical idea, then and now: that all men are “endowed by their creator with certain unalienable rights.” This supernatural bestowal has impeded the ambitions of many a leader, seemingly setting the country up for an endless struggle against human nature. But here we are.

Over the course of centuries, our great republic has had tests of time and of man’s lesser angels thrust upon it. Some believe we’ve teetered at the brink once too often. But here we are.

This time it may be the Supreme Court, one of three parts of our federal government created as checks and balances, that saves this democratic republic. There are a number of cases before the Court that directly impact property owners and operators.

The first of them has been stayed—the vaccine mandate—until the Sixth Circuit Court in Ohio makes a permanent decision on the case. Many believe the Supreme Court’s stay carries enough influence that the Sixth Circuit will concur that the executive branch exceeded its legal authority in imposing the mandate.

Another case has to do with property rights and EPA’s on-going battle to control, even effectively take, private property via regulation.

Sackett v. EPA centers around the Waters of the U.S. rules, created in a 1972 amendment to the Clean Water Act. The rules have been dramatically revised with each administration, and have grown into an on-going challenge for property owners.

Pacific Legal Foundation, a friend to the housing industry and known entity on Capitol Hill, is representing the Sacketts free of charge.

Originalism, a judicial theory that the Constitution should be interpreted more closely to the framers’ thinking, and deference to precedent, where justices continue to uphold law made by previous justices, even if they believe it breaks with Constitutional form are two doctrines hotly debated in legal circles today.

No matter the outcome of these cases, the Court has never had more influence over the rights of Americans than it does now.

Though it all, associations like the National Association of Home Builders (NAHB) continue to advocate for housing builders and operators on Capitol Hill.

Back to the beginning

It’s important to remember that America preexisted even the Constitution. As John Adams wrote in 1815, America began “in the minds of the people.”

By our nature, we are builders, whether of homes, businesses or communities. And communities, like America, begin in the minds of the builders.

Last year was a three-decade record setting year for multifamily housing. Many are predicting an even greater year ahead.

Housing intrinsically draws together brilliant creators and the publication before your eyes is proof positive.

Congratulations NAHB Multifamily Pillars winners. You’re an inspiration and a reminder that, that upon which you focus, increases. Let’s remember that in the year ahead.