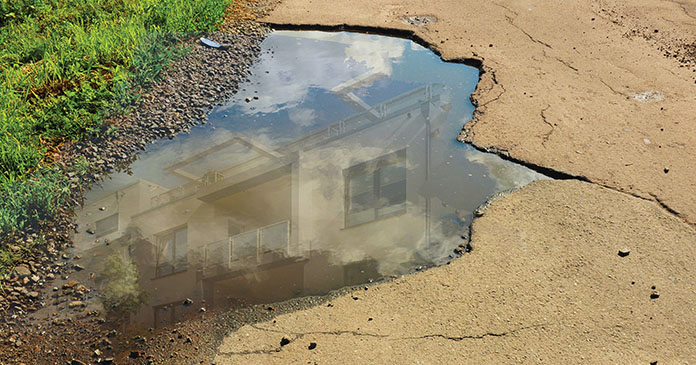 At the urging of NAHB and other business groups, the U.S. Supreme Court has agreed to hear a challenge to the Clean Water Act that would clarify an earlier ruling from the nation’s highest court issued in 2006.

The Supreme Court indicated it will hear the case perhaps when its new term begins in October. NAHB and other stakeholders are hoping the decision will provide the regulatory certainty that landowners, states and local governments need so they know where to avoid impacts to wetlands, streams and ponds.

In the 2006 case Rapanos vs. U.S., the Supreme Court issued a split 4-1-4 decision regarding the definition of “waters of the United States” (WOTUS) that led to two different tests to determine jurisdictional waters.

Then-Justice Anthony Kennedy proposed a definition which rejected the Environmental Protection Agency and U.S. Army Corps of Engineers’ ability to automatically assert jurisdiction over any activity impacting an isolated wetland or water that lacked a “significant nexus” to a traditional navigable water.

A narrower definition proposed by Justice Scalia said that a wetland must have “continuous surface connection” to regulated waters, meaning it must be connected to a river, lake or other waterway.

The Supreme Court agreed to hear a case brought by Idaho couple Chantell and Mike Sackett, who previously won an earlier case in the high court in 2012 when it ruled the Sacketts could challenge the EPA in federal court before the agency took final enforcement action. The Sacketts are being represented in their case by the Pacific Legal Foundation, a public-interest law firm with a focus on property rights.

For years, the Sacketts have been battling the EPA over whether there are wetlands on their property that would force the couple to apply for a federal permit under the Clean Water Act. Part of this stems from the uncertainty over whether to follow the Scalia or Kennedy model in determining the limits of federal jurisdiction over isolated non-navigable wetlands under the Clean Water Act.

The Biden administration is currently rewriting the WOTUS definition to expand federal jurisdiction over non-navigable, isolated, or even ephemeral features based upon whether or not EPA or the Corps claimed those features met Justice Kennedy’s “significant nexus” test.

NAHB has been critical of the Biden administration’s proposed WOTUS rule, as well as its decision to rescind the Trump administration’s WOTUS rule that relies upon Justice Scalia’s “continuous surface connection” test rather than “significant nexus” to establish Clean Water Act jurisdiction over only those wetlands and tributaries that maintained a direct surface water connection to another traditional navigable water.

Finally, NAHB has also been concerned over the level of transparency by the Corps and EPA regarding the likely economic impact resulting from the proposed WOTUS definition upon small businesses, as well as the limited opportunities for public engagement during the rulemaking process.

NAHB is urging Congress to use its oversight authority to intervene and direct EPA and the Corps to extend the public comment period beyond the current Feb. 7 deadline, as well as comply with the Small Business Regulatory Enforcement Fairness Act by convening a panel to solicit the input of small businesses, including NAHB members, before finalizing a new WOTUS regulatory definition under the Clean Water Act.