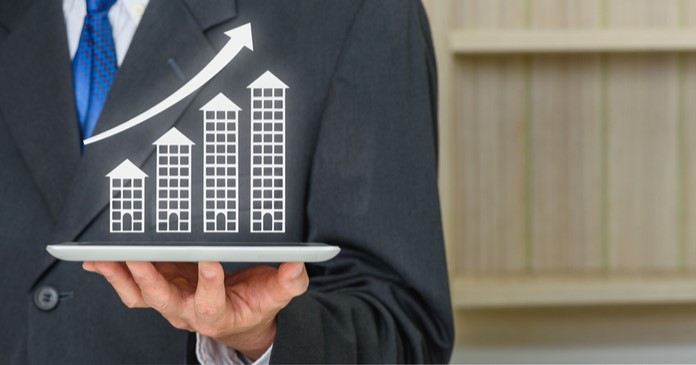 A recent report from Trepp seeks to answer this question by looking at the history of commercial real estate (CRE) price appreciation. The report examined data on price changes in different interest rate environments since 1954 to derive its conclusions.

Trepp’s analysis of the relationship between the Fed funds rate and the 1-year change in CRE prices showed low correlation; that is, sometimes they move in the same direction and sometimes they don’t. However, by examining the quarterly data, they were able to determine the median change in CRE prices at 1, 2 and 5 year intervals after a move in the Fed funds rate. The results for real, that is after inflation, price changes are illustrated in the following chart. 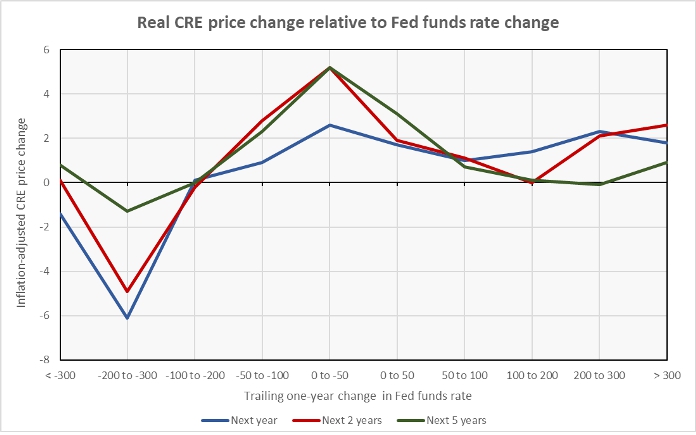 What’s ahead for the Fed?

At its most recent meeting, the Federal Reserve Board of Governors projected that interest rates will rise by 1.75 percent in 2022 and by an additional 0.75 percent in 2023. These rate increases are outside the sweet spot identified in the Trepp report. With inflation continuing to accelerate (the CPI-U reached a new 40-year high year-over-year increase of 8.5 percent in March), it is possible that even higher rate increases will be implemented.

The Trepp report also noted that the current inflation-adjusted Federal Funds rate is near negative 6 percent, by far the lowest level it has been in the nearly 70-year period surveyed in the report. This is another indication that more aggressive interest rate rises than are currently projected may be necessary.

The Trepp report is available here.