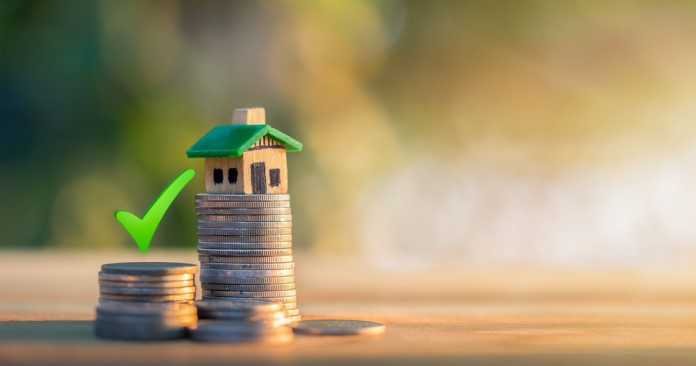 A new report from Real Capital Analytics (RCA) said that multifamily property prices rose 23.0 percent year-over-year in April and that they rose 1.3 percent from the month before. The annual rate of increase is up from that initially posted last month. However, updates to last month’s data leave the annual rate of increase effectively unchanged for the month at a near all-time high.

Price appreciation for industrial properties was 1.3 percent for the month and 26.0 percent over the past 12 months, once again the highest rates of any commercial property type covered.

The first chart, below, plots the year-over-year changes in the values of the CPPI since January 2012 for all commercial property as a single asset class and for apartments. The chart shows that the recent high rate of price increases for commercial property as-a-whole has started to subside, while the rate of growth in multifamily property prices has seemingly reached a plateau. 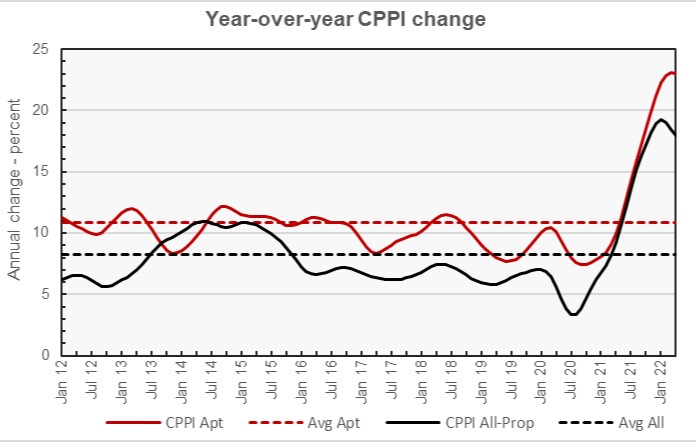 The next chart, below, plots the month-over-month change in the value of the CPPI since January 2012 for all commercial property as a single asset class and for apartments. The chart shows that the monthly rate of increases in multifamily property prices continued its decline this month. However, the CPPI for all commercial property moved up slightly this month and is now only slightly below its average level between January 2012 and February 2020. 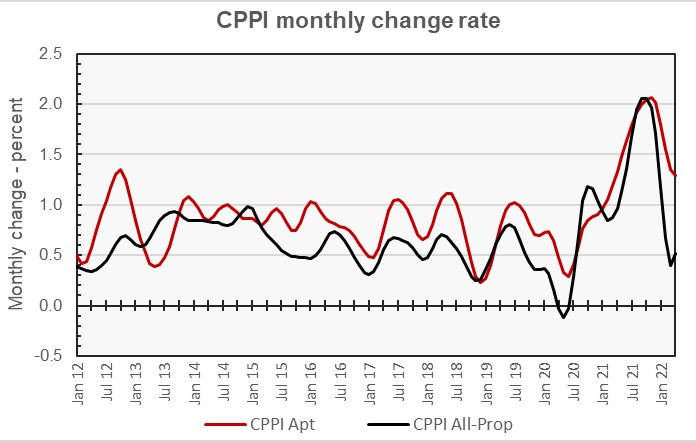 Signs of life for major metros

The RCA report provides data comparing the price changes of commercial property in 6 major metro areas* against those in the rest of the country, although it does not separate out apartments from other commercial property types in this comparison. The next chart, below, plots the history of the month-over-month change in the price indexes for the two types of property markets since January 2012. 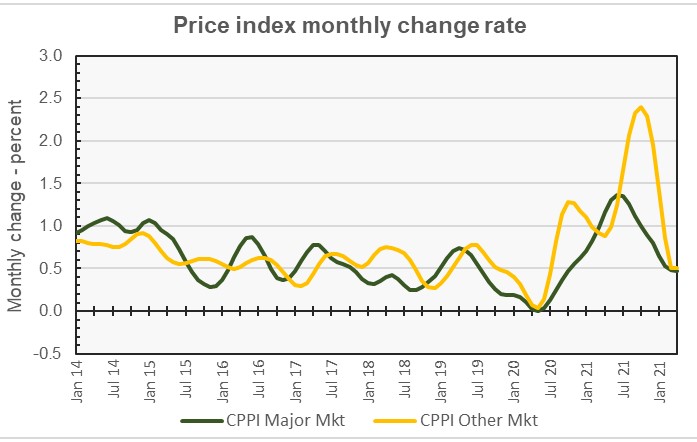 Taken together, the recent strength in the CPPI for offices in central business districts and in the CPPI for major metros may be an indicator that commercial real estate investors are returning to the city centers, which fell out of favor due to fallout from the pandemic.