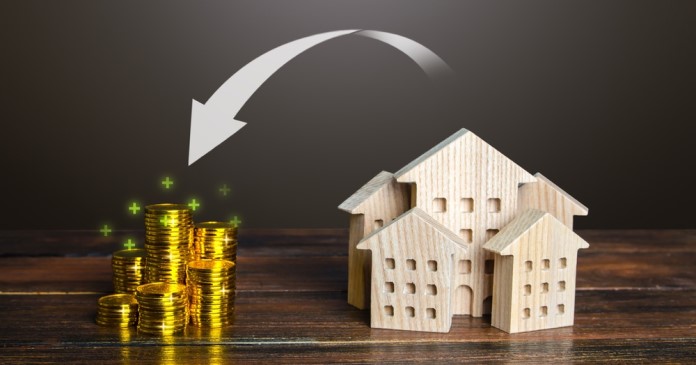 A new report from MSCI said that multifamily property prices rose 23.3 percent year-over-year in May and that they rose 1.5 percent from the month before. The annual rate of increase is effectively unchanged from last month’s record increase.

MSCI tracks an index they call the Commercial Property Price Index (CPPI). The index is computed based on the resale prices of properties whose earlier sales prices and sales dates are known. The index represents the relative change in the price of property over time rather than its absolute price. Note that, as properties are added to the MSCI dataset each month, they recalculate the CPPI all the way back to the beginning of the data series.

Price appreciation for industrial properties was 1.8 percent for the month and 28.6 percent over the past 12 months, by far the highest rates of any commercial property type covered.

The poorest performing commercial property class this month was suburban offices. The price index for these properties rose 0.6 percent for the month and 10.5 percent for the year.

The first chart, below, plots the year-over-year changes in the values of the CPPI since January 2012 for all commercial property as a single asset class and for apartments. The chart shows that the recent price change rate for commercial property as-a-whole has leveled out after a recent decline. In this month’s data, the rate of apartment price growth seems to have crested, again. However, for several months, the rate of apartment price growth has seemed to reach a crest, only to find that with the next month’s data release, that the price growth is again seeming to crest. Only time will tell whether the apparent crest in May is really a peak in price growth. 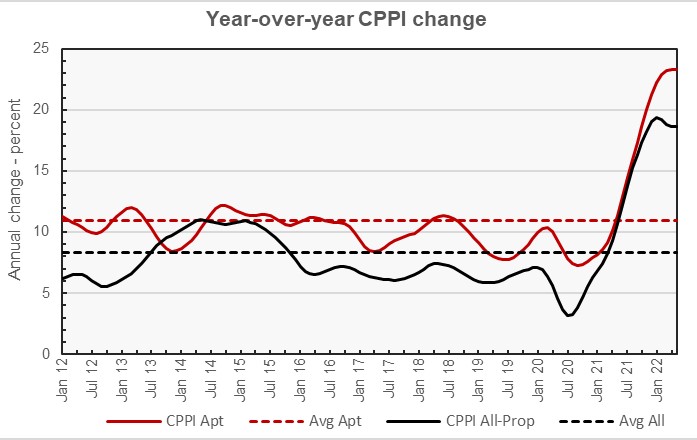 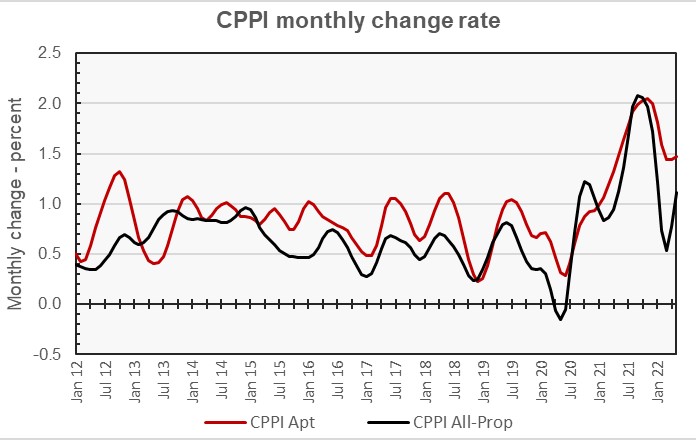 The MSCI report provides data comparing the price changes of commercial property in 6 major metro areas* against those in the rest of the country, although it does not separate out apartments from other commercial property types in this comparison. The next chart, below, plots the history of the month-over-month change in the price indexes for the two types of property markets since January 2014. 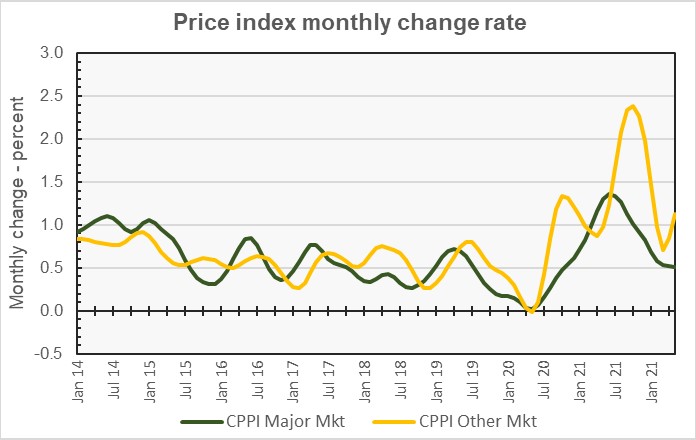 The chart shows that the average monthly price appreciation of commercial property in non-major metros has generally outpaced that in major metros since the middle of 2019.