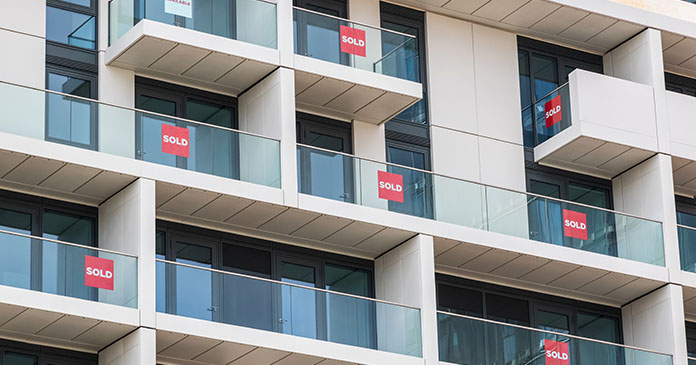 Amidst demographic shifts and lingering pandemic impacts on the population and broader economy, the U.S. faces a pressing need to build 4.3 million new apartments by 2035, according to a new study commissioned by the National Multifamily Housing Council (NMHC) and the National Apartment Association (NAA).

Based on research conducted by Hoyt Advisory Services and Eigen10 Advisors, LLC, commissioned by NMHC and NAA, the data include an estimate of the future demand for apartments in the United States, the 50 states and 50 metro areas, including the District of Columbia. For the purposes of this study, apartments are defined as rental apartments in buildings with five or more units. The data are available on the WeAreApartments.

“The lack of available housing is holding our country back. Whether it is a multifamily residence, duplex or single-family home, we need a massive supply of new for sale and rental homes—including millions of new apartments by 2035,” said NMHC President and CEO Doug Bibby. “Making sure everyone has access to quality, affordable housing is a bipartisan issue, and the industry stands ready to do its part to help create the 4.3 million new apartment homes our country needs.”

“The U.S. has undergone tremendously difficult conditions that have fundamentally altered our nation’s demographics, but one thing remains certain—there is a need and demand for more rental housing,” said NAA President and CEO Bob Pinnegar. “Put simply, we do not have enough housing. The U.S. must build 3.7 million new apartments just to meet future demand, on top of a 600,000 unit deficit and loss of 4.7 million affordable apartment homes. It is time to reverse course after decades of underbuilding, and instead pursue responsible and sustainable policies that will not only meet this demand but address the missing middle and loss of affordable housing stock.”

In conjunction with the study’s release, the website breaks down the data by each state and 50 key metro areas. Visitors can also use the Apartment Community Estimator—or ACE—a tool that allows users to see the trends in their state or metro area to determine the potential economic impact locally.