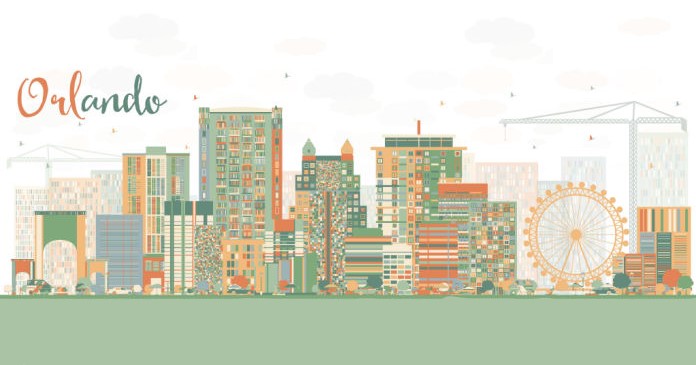 Yardi Matrix reported that the national average year=over-year apartment rent growth in August was $10, bringing the average rent to $1,718 per month. However, rents fell in August from the revised level of the month before for the first time in over 2 years.

The national average apartment rent was up 10.9 percent in August from its year-earlier level. This rate of increase was down 1.7 percentages point from that reported last month. This was the sixth month in succession with a declining rate of year-over-year rent growth. Still, the rate of year-over-year rent growth has now been in double digits for 13 straight months, according to Yardi Matrix. 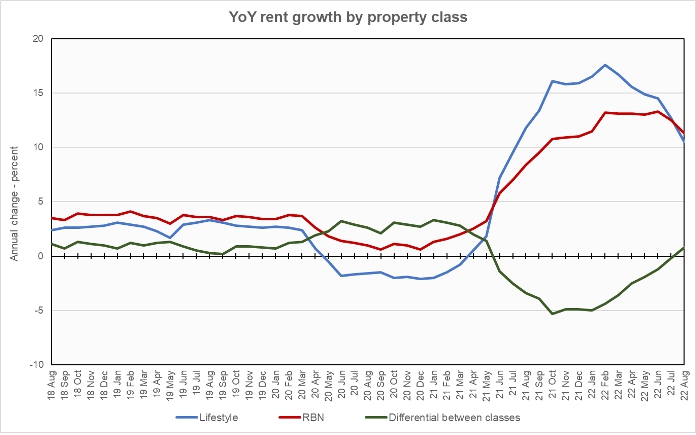 The chart shows that rents for RBN properties rose at a faster rate than did rents for lifestyle properties in August for the first time since May 2021. This return to the pre-pandemic pattern may indicate that the multifamily rental market is normalizing.

Yardi Matrix also reported that single-family rental (SFR) rents fell $2 during the month to $2,090 per month. The year-over-year rent growth rate fell to 9.5 percent. The national occupancy rate for single-family rentals fell 1.0 percentage points. Occupancy fell in 25 of the 34 metros tracked in the report.

Declining rates of year-over-year rent growth were seen in all 30 of the major metros tracked in the Yardi Matrix report.

The discussion part of the report focused on the declining rate of population growth in the United States and its impact on housing demand. While both the birthrate and the rate of foreign in-migration for the country as-a-whole have declined recently, housing demand has remained strong in many regions due people moving about the country. In addition, household formation has been high because the many good jobs available allow more people to afford to live on their own. So, while slowing population growth is a challenge for housing in the long term, in the short term, demand remains high.

Yardi Matrix also reported on the top 34 metros for single family rentals. This month, 33 of the 34 metros covered saw positive year-over-year rent growth, with Atlanta being the only exception. The leading metros for year-over-year rent growth were Washington D.C., Orlando and Toledo. SFR rents were up 40 percent from year-earlier levels in both Washington D.C. and Orlando.