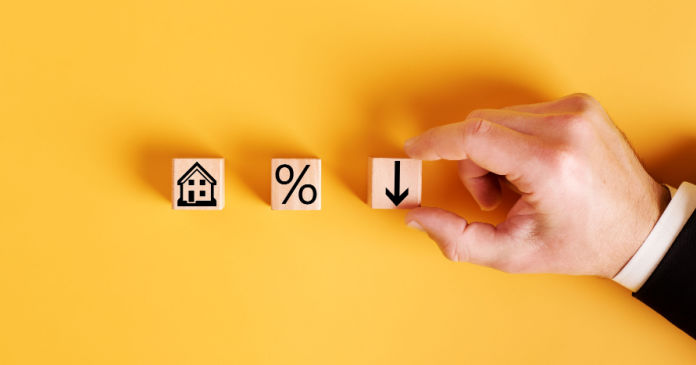 The combined value-weighted index of non-multifamily commercial property rose by 6.0 percent, year-over-year, in July. This index fell 1.3 percent month-over-month. The other commercial property types tracked by CoStar are office, retail, industrial and hospitality.

For more information on the CoStar Commercial Repeat Sales Indexes (CCRSI’s), see the section at the bottom of this report. 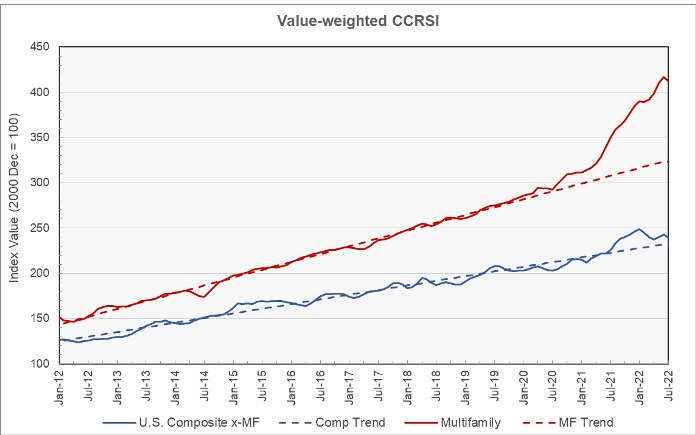 The chart shows that both prices indexes exhibited steady growth in the years leading up to mid-2021. Since that time, prices for both commercial property segments rose much faster than the prior trend rate, with the deviation being much more pronounced for multifamily property than for other commercial property types.

The month-over-month decline in July for multifamily property prices is the largest since 2014. The July price declines for the two indexes represent only the second time that both indexes declined in the same month since the early days of the pandemic. 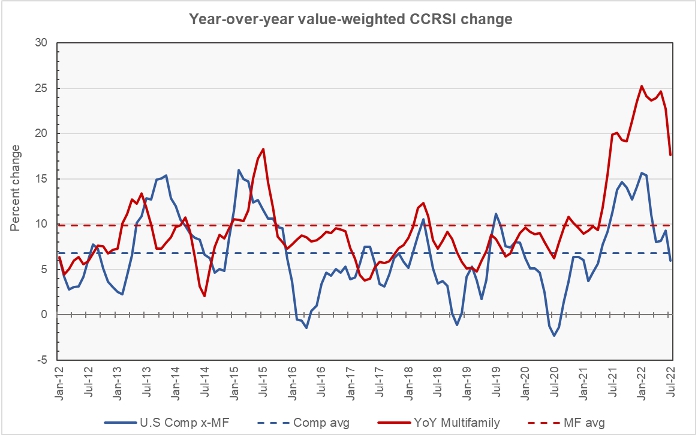 The full report discusses all commercial property types, but detailed data on each of the property types and regional data are only reported quarterly and so are not included in this month’s report. While the CoStar report provides information on transaction volumes, it does not break out multifamily transactions. The July CoStar report can be found here.

The CoStar report focuses on a relative measure of property prices called the CoStar Commercial Repeat Sales Index (CCRSI). The index is computed based on the resale of properties whose earlier sales prices and sales dates are known. The index represents the relative change in the price of property over time rather than its absolute price. CoStar identified 1,643 repeat sale pairs in July for all property types. These sales pairs were used to calculate the results quoted here.

CoStar computes CCRSI’s for a variety of property groupings, combining them by cost, region, property type or other factors, although some of these sub-indexes are only reported quarterly. The value-weighted index is more heavily influenced by transactions of expensive properties than is CoStar’s equal-weighted index. The value-weighted index is the focus of this report because it is an index whose value is reported monthly and for which CoStar breaks out multifamily property as a separate category.