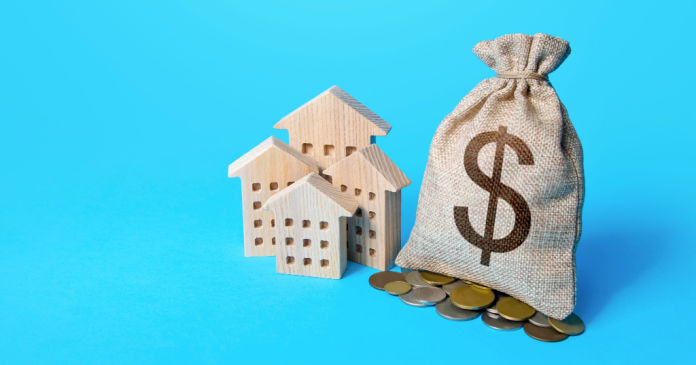 CoStar reported that its value-weighted index of multifamily property prices increased 14.5 percent, year-over-year, in September 2022. However, this index was down 0.2 percent month-over-month, the third monthly decline in a row.

The value-weighted index of non-multifamily commercial property rose by 5.3 percent, year-over-year, in September. This index rose 1.4 percent month-over-month. The other commercial property types tracked by CoStar are office, retail, industrial and hospitality. 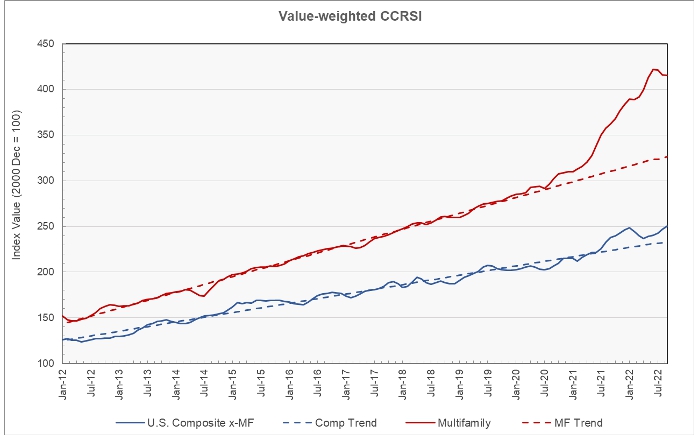 The chart shows that the two indexes closely tracked their trend lines until early 2020. However, by September 2022, the multifamily CCRSI was 27.2 percent above the trend line, although this was down from the peak deviation of 30.4 percent reached in May. The CCRSI for non-multifamily commercial property was 7.4 percent above its trend line in September. 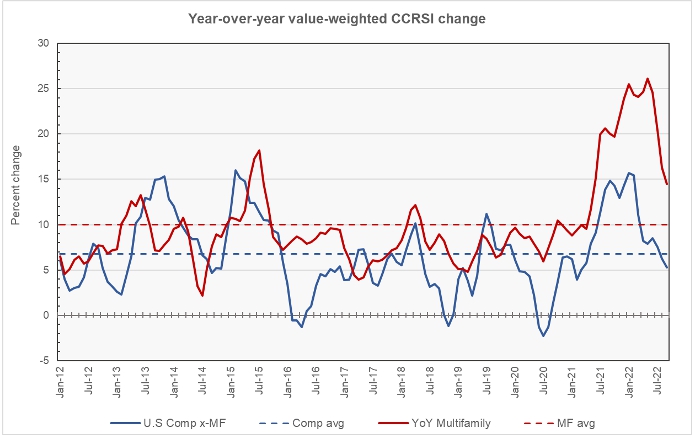 The chart shows that the year-over-year rate of increase in multifamily property prices has been in double digits since May 2021 and reached a high of 26.1 percent in May 2022. The year-over-year rate of increase for other commercial property prices has been trending downward during 2022 after peaking at 15.7 percent in January.

CoStar’s quarterly reports include information on the change in the equal-weighted CCRSI by region. The long-term history of these indexes is shown in the next chart, below. The chart shows that, between 2000 and 2010, multifamily property prices grew much more rapidly in the Northeast than in the other regions of the country. However, since about 2017, price appreciation in the Northeast has lagged to the point that price appreciation in the West region has caught up. 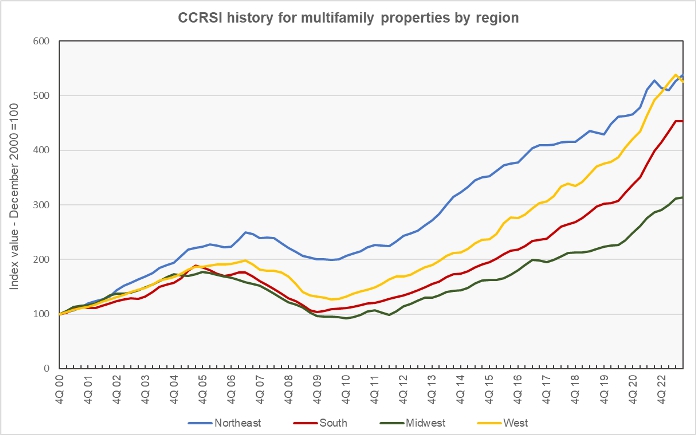 The final chart shows the history of the year-over-year multifamily property price changes since 2014. The chart shows that the post-COVID price surge that began in Q4 2020 reached the highest level for the longest time in the South region. It was least pronounced in the Northeast, accounting for the recent lag in Northeast region property price appreciation. 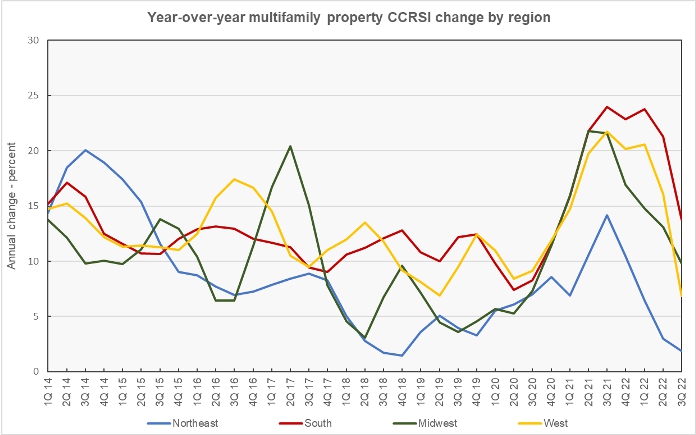 The CoStar report focuses on a relative measure of property prices called the CoStar Commercial Repeat Sales Index (CCRSI). The index is computed based on the resale of properties whose earlier sales prices and sales dates are known. The index represents the relative change in the price of property over time rather than its absolute price. CoStar identified 1,420 repeat sale pairs in September for all property types. These sales pairs were used to calculate the results quoted here.