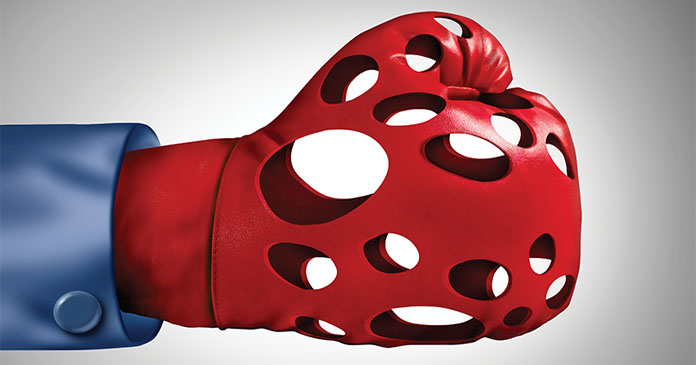 In 1985, British rock band Dire Straits complained, “They ain’t workin’, that’s the way you do it; Money for nothing and your chicks for free.” The lyrics criticized the excesses of nouveau riche rock stars of the 1980s. But these lyrics again come to mind as we survey the modern American political economy.

Economists call them, “rent seekers,” those who seek, as the band put it, “money for nothing,” and don’t really provide anything of value in exchange. The economy can easily tolerate a small parasitic class that feeds off the more productive elements. But we’ve reached a breaking point. Washington has begun to permanently distort the American economy as it shovels more and more money towards feel-good causes without securing anything of value in return.

In August, the Atlantic Council calculated that as a result of the Inflation Reduction Act, a bill which will do exactly the opposite of what its title promises, the U.S. will increase its spending on “Climate Change Mitigation,” from 0.6 percent of GDP to 1.2 percent. That’s an astonishingly large figure and still probably understates the total spending as agencies across the government redirect existing funding toward “green” objectives. The Department of Defense, for example, “characterized $3.1 billion of its (FY 2023) budget request as ‘climate investment.’” On top of that, the U.S. government spends staggering funds on social justice priorities. Joe Biden boasted his 2022 budget provided for massive expenditures to, “advance equity and racial justice,” and that, “the President’s Budget for fiscal year 2022 makes transformational investments to combat racial disparities across the nation.”

When the Pentagon spends money on actual military equipment, we can count tanks and battleships. We can measure miles of repaved public highways and count repaired bridges. But how do you measure whether the trillions of dollars spent for “climate change” or “social justice,” have accomplished anything? We all recall the scandal over Solyndra, the failed energy company that went bankrupt after receiving half a billion dollars in federally guaranteed loans. Most people outside of Washington, D.C. understand that just because you spend money on something doesn’t mean you’re receiving anything of value.

Indeed, we now have $31 trillion in debt. For what? Some of the money goes into legitimate governmental functions. But much has vanished without any benefit to the taxpayers. Of the $2 trillion Biden sought for “build back better,” precious little went to building back roads and bridges. Instead, most of the “infrastructure bill” will be spent on social programs like in-home healthcare and subsidies for electric vehicle manufacturers.

Let’s suppose, for the sake of discussion, Americans have achieved a consensus that social justice and climate change are sufficient emergencies to warrant the massive debt. Are these massive public expenditures of borrowed money leading to any real solutions? Have we achieved racial justice? Has the climate been fixed? Have we made measurable progress toward either goal? Or is this simply tithing to the Left’s cult? Or tribute to their troughs?

Tellingly, there’s no end in sight. It didn’t even occur to the Atlantic Council to inquire whether the gargantuan transfers of wealth might have an end point when their great climate change project might be achieved. Progress doesn’t matter and nobody is measuring it. So we’ll spend 1.2 percent of our GDP from now until forever.

A lot of people draw parallels to today’s economic predicament to the one that emerged under Carter in the late 1970s. Then, as now, it’s not fair to blame the current president for 100 percent of the mess. In the 70s, many blamed Lyndon Johnson’s figurative, but expensive War on Poverty fought alongside the very real, very long, and very costly Vietnam War.

Billions, back when billions were a lot of money, were thrown at both problems. When the Vietnam war ended, Vietnam became just as communist as war-boosters said it would if we had done nothing. When the war on poverty ended… Well, as with climate change mitigation, it will never end. Sixty years in and we are still spending with no sign of victory in sight.

Then, like now, an energy supply crisis touched off a cascade of inflation. It didn’t cause the inflation. It just broke the dam.

The numbers now are far scarier than they ever were under Carter. In January of 1980, on Carter’s last day in office, the Federal Reserve measured total public debt to be approximately 31 percent of GDP. Today it’s 121 percent of GDP. As painful as interest rate increases were in the 80s, just think how expensive the interest payments will become when total debt quadruples the size relative to the GDP. Remember when I wrote that the bond market would have a “taper tantrum” on steroids? Well, I was right. The current yield on a 10 year treasury is now higher than when the bond market had its 2013 “taper tantrum.” In other words, when the government sells an IOU, it’s getting less and less money. Less money from bond auctions means the government has to sell more bonds to raise the same amount of money. You know, a doom loop.

If it were just the massive debt and coming austerity, that would all be plenty to worry about. But there’s more. The way we spent all of this money had a very corrosive effect on the economy writ large.

When the government buys a tank or builds a bridge, a company that makes things provides value for the money spent. But the way we’ve spent so much of this $31 trillion involves giving it away without receiving anything tangible in return. What are we buying for all of this climate change and social justice money? We’re training a huge class of people to seek money from the government without producing anything in return. A company that builds a bridge for the government might go on to construct an office building or a new factory in the private sector. What will a recipient of social justice money produce for the private sector and who wants it? What ends up happening, instead, is that the social justice warrior with plenty of spare time spends it “finding” more outrages and discrimination that can justify another year of grant money. Parents instinctively know that supporting their adult children harms their ability to provide for themselves. You can destroy a person’s life by supporting them without expecting anything in return. It’s not compassionate. It’s destructive.

So many of our current problems—inflation, social unrest, underemployment, and a loss of real democratic agency in elections—all of it can be traced back to a single poisonous source: the out-of-control deficit spending by the federal government.

Yet, if you read the New York Times, you would think inflation was an act of God, a sudden storm nobody could have predicted resulting from causes outside human control. Ana Swanson of the New York Times blamed, “Supply chain bottlenecks and labor shortages,” though “surging consumer demand ultimately did more to drive up prices.” Not a word about excessive printing of money.

And the Fed, which got us into this mess, nevertheless has the trust of the political establishment. Paul Krugman, an economist who has done more to enable this crisis than anyone else, warns that the Fed, “is now braking too hard.” Krugman, who holds a Nobel prize in economics, admitted he “wrongly minimized the risks, asserting that much of the inflation was transitory, the result of temporary kinks (such as disrupted supply chains) as we emerged from a pandemic economy.” Krugman’s piece represents the general wishful thinking that holds that inflation can be addressed with a little fiddling of the dials on the Fed’s dashboard. In the same piece in which Krugman admits to error in minimizing inflation, he again minimizes inflation. He writes, “many of these indicators, from shipping costs to rents on newly leased apartments, seem to show inflation abating.”

Krugman’s fame and privilege do not derive from accuracy or prescience. He does not gaze into a magic crystal ball. The reason Krugman can be so consistently wrong and still write for the New York Times is the same reason economists like him always have the ear of big government. Krugman tells politicians that the government can create prosperity by sapping the purchasing power of its citizens with taxes and printed money. Only in the hands of wise politicians can the money be reallocated to virtuous purposes. It doesn’t matter if what he says is true. It only matters that it justifies what they want to do anyway.

Before we spend one more dollar on climate change or social justice, we should demand proof that the trillions spent before achieved any tangible benefit for the American people. If we have to live with these problems even after wrecking our economy to spend trillions, then it’s time to stop digging the hole deeper.

Author Adam Mill is a pen name. He is an adjunct fellow of the Center for American Greatness and works in Kansas City, Missouri, as an attorney specializing in labor and employment and public administration law. He graduated from the University of Kansas and has been admitted to practice in Kansas and Missouri.