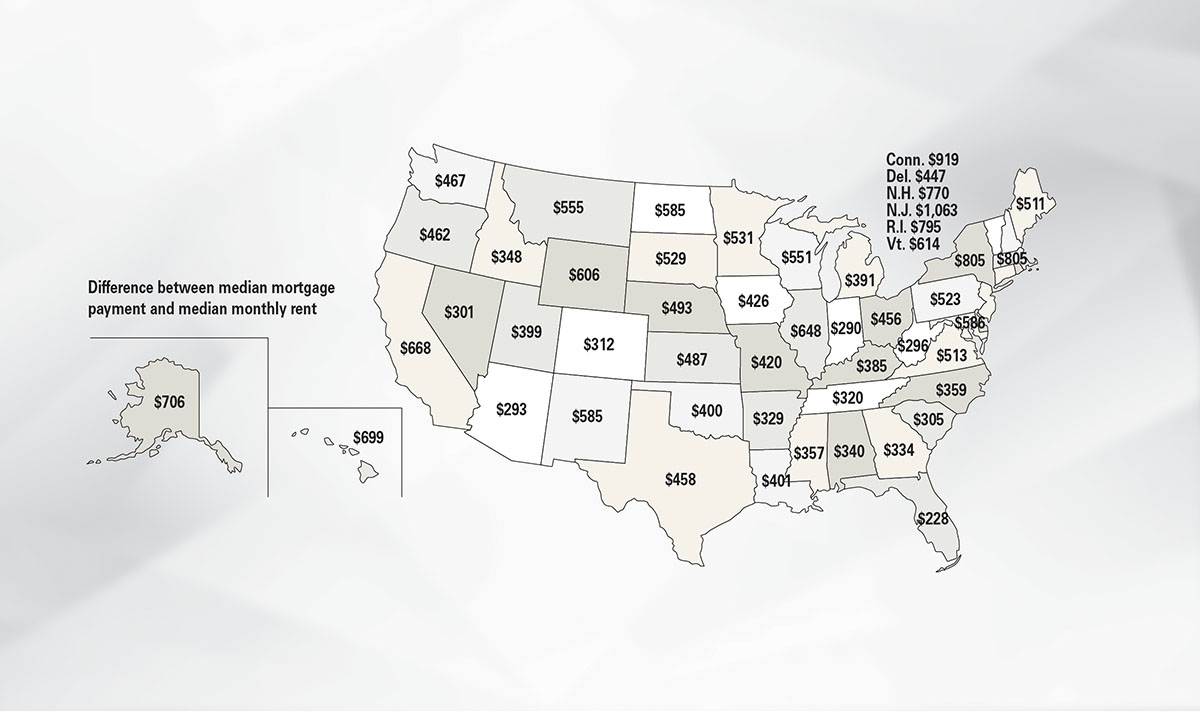 Homeowner vs. renter statistics reflect a decline in homeownership, with 35 percent of American households renting their home.

The nationwide homeownership rate was 65.4 percent as of 2022/Q1, a 1.53 percent decline from the previous quarter.

10.6 percent of all housing units are vacant, up 0.28 percent from the previous quarter. 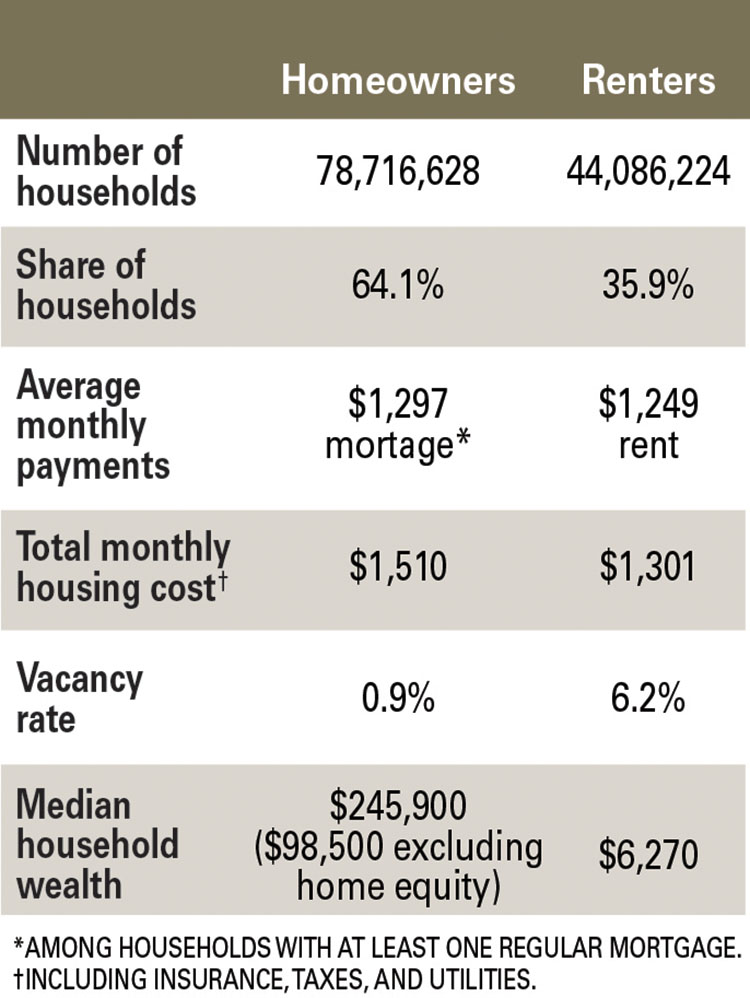 While there are more homeowners than renters, the gap between them is shrinking as housing costs continue to climb.

The median household wealth among homeowners is 3,965 percent higher than it is among renters.

Excluding home equity, household wealth among homeowners is 1,469 percent higher than it is among renters.

Renters are 89.9 percent more likely than homeowners to be behind on housing payments (rent vs. mortgage payments).

Historically, the lowest renter:owner ratio was 44.9 percent in 2004. 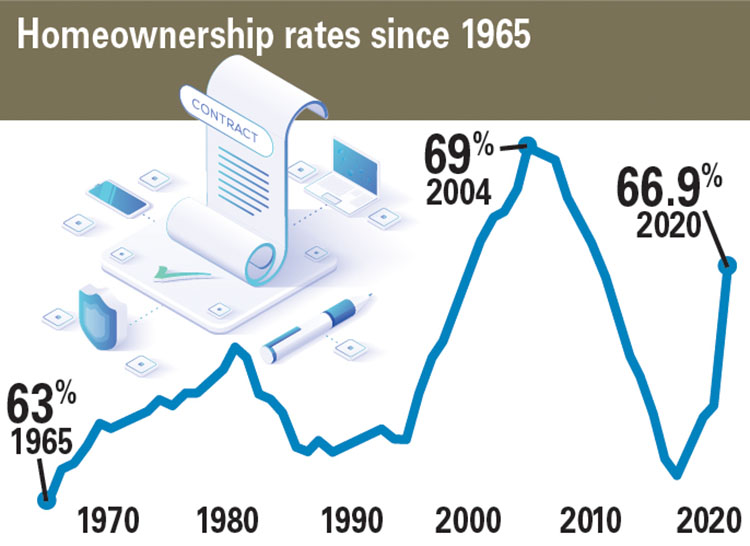 4 million renters (9.1 percent) and 48.2 million homeowners (61.2 percent) are married with both spouses present.

4 million renters and 3.6 million homeowners are unmarried couples with both partners present.

40.7 million or 34.6 percent of occupied housing units are renter-occupied.

Excluding home equity, the median wealth among homeowners is $98,500.