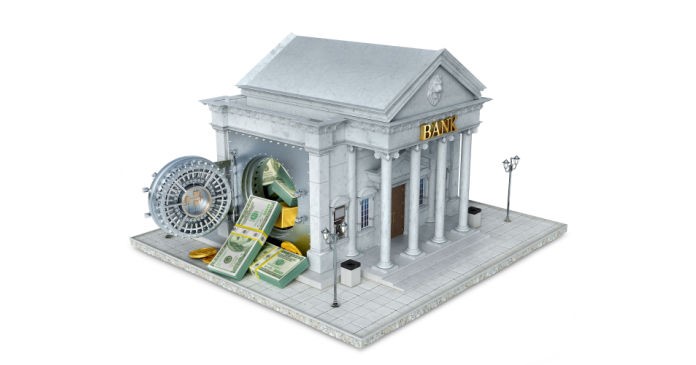 The MBA reported that multifamily mortgage debt outstanding rose by $36.1 billion in Q3, a slightly higher increase than in Q2. Total multifamily debt reached a level of $1.925 trillion. Compared to its year-earlier level, multifamily debt was up $158 billion (8.9 percent).

In an earlier report, the MBA had reported that multifamily mortgage originations had decreased in Q3, with the Q3 2022 originations index reported to be down 16 percent from the level of the index in Q3 2021. Of the increase in mortgage debt outstanding in the quarter, $7.5 billion, was held by “Agency and GSE portfolios and MBS”. These are agencies, like the Federal Housing Administration and Government Sponsored Enterprises (GSEs) like Fannie Mae and Freddie Mac, who buy up mortgages and sell some of the debt as Mortgage-Backed Securities (MBS). At the end of Q3, the GSEs holdings of multifamily debt fell to 48.6 percent of the total outstanding. The GSEs’ share of this debt has been trending lower since Q1 2021 when it reached 50.1 percent.

Life Insurance companies increased their direct holdings of multifamily mortgage debt by $2.0 billion in the quarter, raising their holdings to $189.3 billion. Their share of total mortgage debt outstanding fell slightly to 9.8 percent in the quarter. However, this figure does not account for the mortgages these companies hold through commercial mortgage-backed securities (CMBS).

State and local governments held 5.8 percent of outstanding multifamily mortgage debt at the end of Q3. They increased their holdings by $900 million to a total of $111 billion at the end of the quarter.

The next chart, below, shows the quarterly changes in multifamily mortgage holdings of the 6 largest classes of lenders since Q1 2020.  It shows that the GSEs dominated lending in 2020 when uncertainty caused by the pandemic related shutdowns roiled the economy. It also shows that banks have become the dominant source for net increased multifamily lending over the past few quarters. 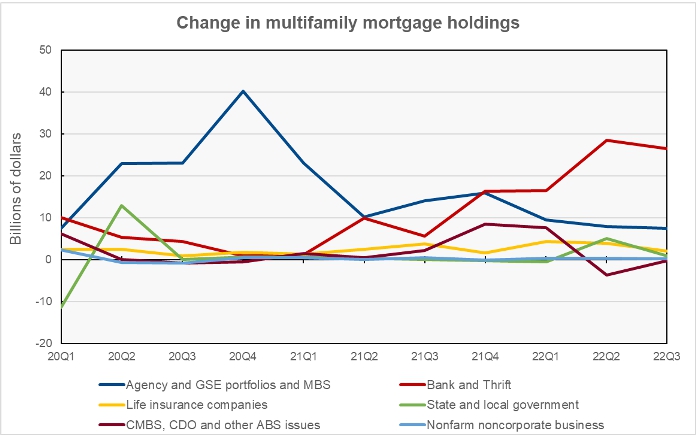 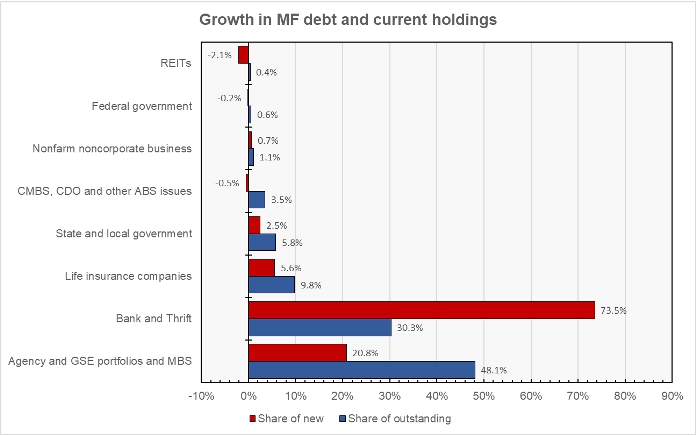 CMBS, CDO and other ABS lenders aggressively increased their holdings of multifamily mortgage debt between Q3 2021 and Q1 2022. However, they became substantial net sellers in Q2 2022. They were net sellers again in Q3, but they only reduced their holding by 0.3 percent.