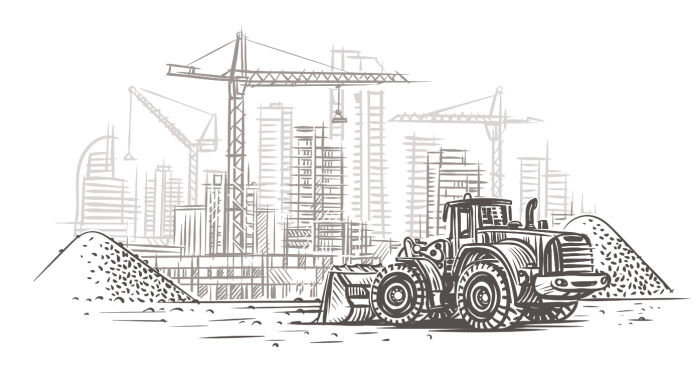 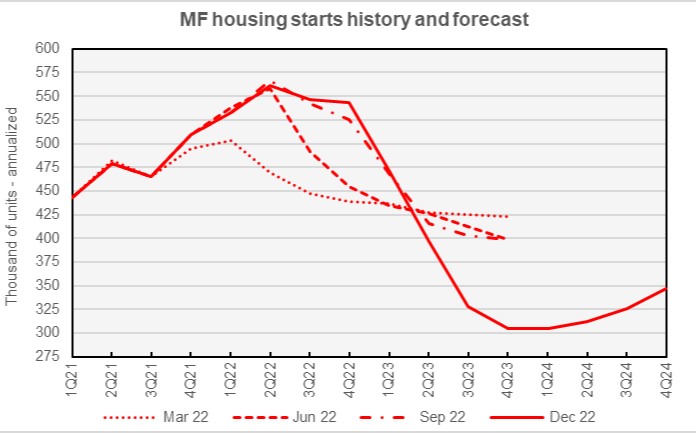 The chart shows that multifamily housing starts in 2022 were much stronger than Fannie Mae’s forecasters had estimated early in the year. The March 2022 forecast had expected only 465,000 multifamily housing starts in 2022 while the December forecast is calling for 546,000 starts in the year. However, Fannie Mae’s outlook for 2023 has weakened since August as prospect for the Federal Reserve achieving a soft landing for the economy while taming inflation have dimmed. 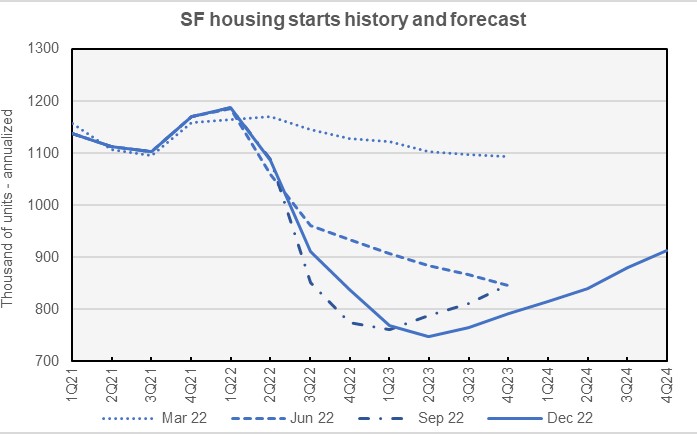 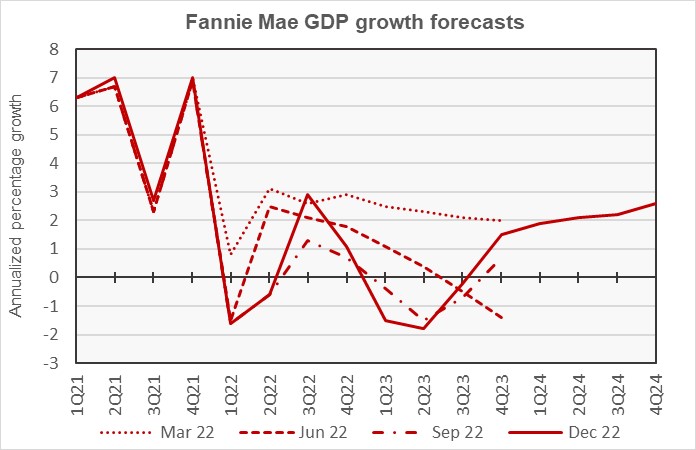 The chart shows that the latest forecast calls for the downturn in GDP to begin in Q1 2023 and to persist for three quarters, although GDP growth is expected to be only marginally negative in Q3 2023. 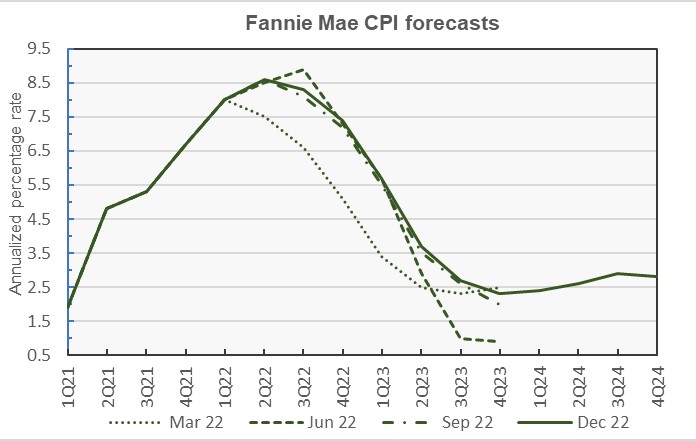 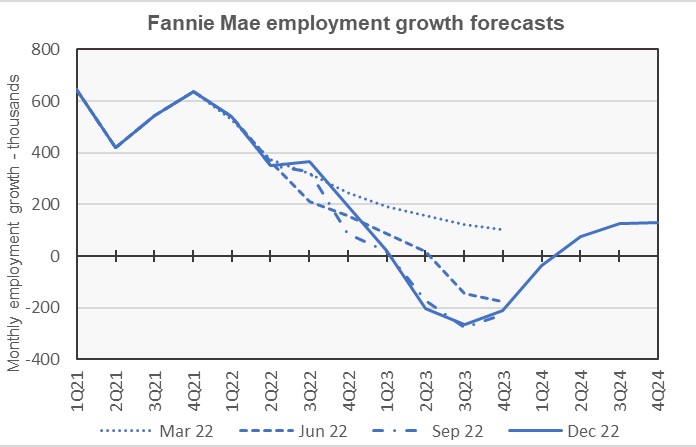 The multifamily commentary this month looked at the aging of the U.S. population and the current construction trends for senior housing. It notes that the population of people aged 75 and older is expected to grow from 23.3 million people currently to 34.6 million by 2033 and to 46.9 million by 2046. As a portion of the U.S. population, the share of people 75 years old and older is expected to rise from 7 percent currently to 12.5 percent by 2046. In addition to the country-wide statistics, the commentary discussed where seniors are living now and how the growth in senior population is expected to vary by metro area.