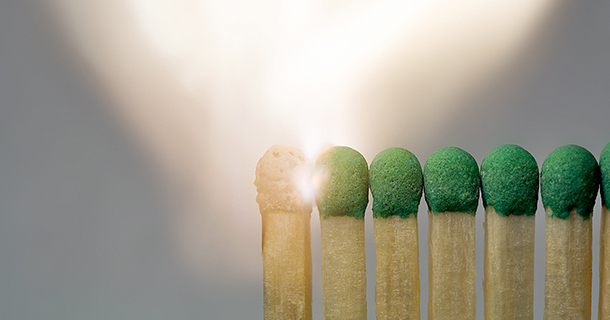 But what really happened after Clinton raised taxes? The historical record is clear, and it isn’t what President Obama would have you believe.

Clinton signed his tax hike into law in September 1993, the same year he took office. It included an increase of the top marginal tax rate from 31 percent to 39.6 percent, among many other increases. (Obama also wants to raise the top rate, but, because of Obamacare, higher than under Clinton.)

After these tax hikes, the economy actually slowed to a point below what one would expect, considering the once-in-a-generation favorable economic climate that existed at the time.

The economy was well into recovery before Clinton took office. In January 1993, the economy was in the 22nd month of expansion following the recession from July 1990 to March 1991.

In addition to coming into office in the midst of an economic expansion, Clinton also benefited from a very unusual confluence of events that created a remarkably favorable environment for rapid economic growth:

The end of the Cold War brought growth-enhancing certainty to the global economy.

The price of energy was astoundingly low, with oil prices dropping below $11 per barrel and averaging under $20 per barrel. Today the price of oil hovers near $100 a barrel.

The Federal Reserve had tamed inflation to an extent previously thought impossible; it averaged 2 percent during the Clinton administration.

A tremendous set of new productivity-enhancing information technologies emerged-including the explosion of the Internet as a powerful tool for commerce and communication-which further increased productivity.

With these strong winds at its back, the economy grew at 3.3 percent per year from 1993 until 1997. While solid, this growth was certainly not exceptional. During that same time, real wages declined, despite the perception that the 1990s were an era of unmitigated abundance.

Perhaps this is why Clinton, in 1995, two years after his tax increase, lamented that he “raised taxes too much.”

It was not until after a 1997 tax cut, passed by Congress-a tax cut Clinton resisted but ultimately signed-that the spectacular growth everyone associates with the 1990s kicked in.

The 1997 tax cut was so beneficial to the economy because it lowered the cost of investment by cutting the capital gains rate from 28 percent to 20 percent. This opened the capital floodgates necessary for entrepreneurs to develop, harness and bring to market the wonders of the new information technologies.

Business investment skyrocketed after thetax cut, and the economy grew at an annualized rate of 4.4 percent-33 percent faster than after the Clinton tax hike-from 1997 through the end of the Clinton presidency. Real wages reversed their downward trend and grew 1.7 percent per year during the same time.

Economic growth is slow and declining. The unemployment rate remains stuck above 8 percent, and there appears to be little hope for it to fall in the near future.

At best, tax increases would slow the already stalled recovery. At worst, they would reverse it altogether. A slowed recovery or double-dip recession would further reduce the chances that the more than almost 13 million Americans currently looking for work would find jobs in the near future. Worse, President Obama’s tax hikes would add even more Americans to that already-too-large figure.

With so many people looking work, the president should not be looking for policies that the economy can withstand. We need policies that will encourage it to grow.