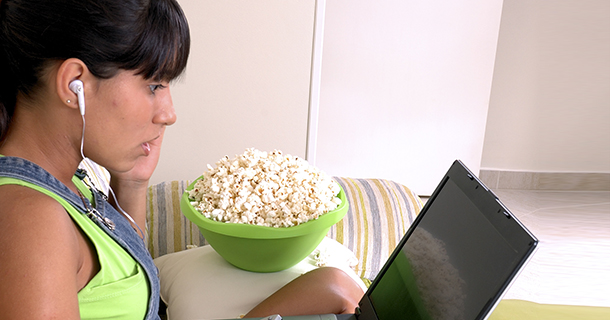 As of the end of August, Nielsen has adjusted the number of viewing households to 114.2 million.

“We have had no household formation over the past several years, and I believe there is a modest amount of cord-cutting happening in younger households and in lower-income households,” said Paul Sweeney, Bloomberg Industries’ director of North American research.

Nielsen is already working with television and advertising clients on what should constitute a TV home and how to account for new devices such as tablet computers. Online viewing, it said, is already being incorporated into the ratings.

This is the second straight year Nielson has reduced the number of homes with TVs. In May 2011, the company adjusted the number to 114.7 million, a 1 percent drop and the first decline since 1990.

Three of the four largest broadcast networks experienced drops in audiences ranging from 2 percent to more than 8 percent in the past year. NBC, bolstered by the Olympics and football, increased its viewership by 19 percent, Nielsen found.

Estimates for the 2012-2013 television season are the first Nielson has used to reflect demographic details from the 2010 census. This includes age, sex, ethnicity and ethnic households.

“To the extent that there is cord-cutting, over-the-top companies such as Hulu and Netflix are benefiting,” Sweeney added. “These households then fall out of Nielsen’s total household mix.”