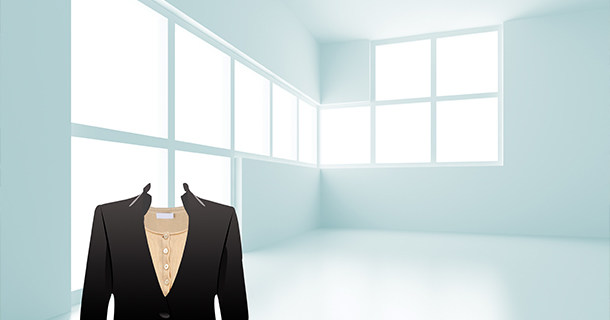 But though it might seem intuitive that people would be more than willing to give what they’d greatly appreciate getting themselves, this typically isn’t the case.

Assuming that you’re like the majority of us, wishing (maybe even yearning) to be explicitly recognized for what you do relates to the fact that validation from others just feels good. Reaching all the way back to childhood and your need for your parents’ reassurance and approval, being acknowledged by others helps you feel more accepted and secure. And, consequently, more comfortable inside yourself. More important still, such recognition assists you in perceiving yourself as desirable, valuable, and esteemable. In a word, special.

In one way or another, virtually everybody dreams of standing out, being admired, acclaimed-even, well, applauded. To be viewed, and to view ourselves, as merely “average” or “adequate” really doesn’t do very much for us-or rather, our ego. And this may be all the more so because we live in a meritorious, American-Idol-type society that refuses to celebrate or lavish praise on individuals unless they’re judged exceptional. This circumstance explains why we may experience a certain envy when we hear drums banging for someone else. Secretly, we long to hear a drum roll beating for us.

Granted, there may be an element inherent in our nature-grandiosity, no doubt-that makes us wish to be thought highly of. For when complimented, we’re likely to glow internally. Approbation from others whose authority we respect serves to verify our sense of inner worth. And such external approval is especially important for those still plagued by self-doubt.

Unfortunately, master manipulators can take advantage of this almost universal susceptibility to compliments by guilefully employing them to seduce us into emptying out our wallets. As long as we’re tricked into trusting their ingratiating kudos, we’re liable to be taken in by them. For to feel favorably recognized wonderfully addresses one of our heart’s (okay, ego’s) deepest desires.

But, and probably much more often than not, the recognition that we hope for simply isn’t going to happen. So when someone fails to acknowledge you when you think what you’ve done deserves acknowledgment, it’s wise not to take this to heart. For various reasons, it’s crucial that when you’ve executed something well, demonstrated skill or talent, behaved generously or selflessly, you learn how to congratulate yourself. That way you can avoid the let-down, the frustration, discouragement, or disgruntlement-and maybe even the anger and indignation-that otherwise will likely accompany your disappointment.

Think of it. It always makes sense not to have to depend on others’ reactions in order to regard yourself positively. Ideally, your goal should be to feel unconditionally good about who you are independent of any external “favorability meter”-and also free of whether you’re presently embarked on some course of self-improvement.

By better grasping the underlying causes of why so many people might resist offering you the acknowledgment you wish for, their denial should be a lot easier to take. Consider the descriptions below that explain why many people (including-just possibly-yourself) can be stingy with compliments:

If they were “recognition-deprived” in growing up (by parents more likely to criticize than to commend), praising another might feel uneasy or unsettling, and for reasons that, consciously, they can only dimly perceive. Bestowing on someone else the acknowledgment they never received themselves might open the lid on long-suppressed psychic pain, making them experience afresh never-healed emotional wounds.

If they’re competitive-because they need constantly to prove themselves-then explicitly paying tribute to another’s achievements might make them feel as though they’re admitting inferiority, ineptitude, or defeat-a confession of failure their fragile ego might lack the strength to tolerate.

Beyond that, some individuals can only feel good about themselves by putting others down, in which case the only compliments they’re capable of are backhanded.

If they think that another’s accomplishments and contributions (particularly children’s) are no more than what ought to be expected from them, they may not regard such acts as even worthy of acknowledgment.

If they believe (or had drilled into them by praise-withholding parents) that lauding another for their achievements might go to the recipient’s head-that is, lead them to become conceited, cocky, or egotistical-then they may intentionally withhold recognition (and regardless of how much the situation might warrant it).

If they’re in denial about their own unmet need for acknowledgment, it might not even occur to them that positively recognizing another-and for that person’s efforts, as well as accomplishments-might be in order. For example, commending a friend, when appropriate, is a responsibility (in fact, almost a requirement) in a close relationship; yet they’re unable to do so.

If they have a strong sense of entitlement (because, say, their parents actually prompted them to believe the privileges they received were actually rights), then whatever recognition they receive from others will be expected, or taken for granted. And so any sense of obligation to respond in kind won’t be part of their (narcissistic) behavioral repertoire.

They actually won’t even consider expressing appreciation, thanks, or gratitude when someone acts generously or kindly toward them.

All of which is to say that your not being acknowledged likely says much more about the other person than it does about you-or your worthiness. In such situations you’re far better off once you learn to be content simply through becoming more adept at self-acknowledgment.