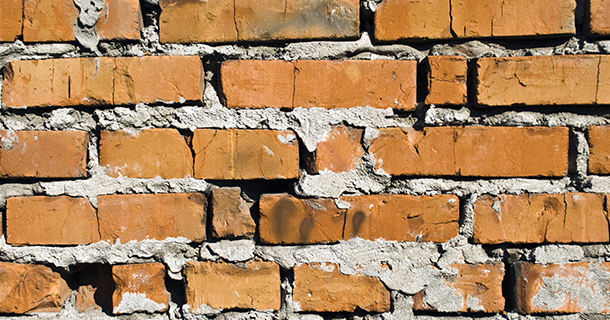 The problem these developers face is another type of shortage; finding qualified manpower. Like many of those in the trades, construction managers and designers entering into the industry lack training and experience to prevent construction defects.

In the mid 1980s, to meet demand, the Bay Area experienced a boom in multifamily housing. The urgency to complete construction and open for business as soon as possible (sound familiar) opened the door for another industry: construction defects litigation firms. Is history about to repeat itself? Are we heading for a second round? History repeats when we do not learn from our past mistakes.

Just a couple of years ago, I experienced the defects of construction when I inspected two buildings at the framing stage. The structural engineering firm, general contractor, his supervisor and the framing contractor came with glowing resumes. The framing, however, was in such inferior condition, I requested a structural engineer inspection. When it was pointed out to those involved, at first they did not understand the severity of the problem. Several meetings later the framing contractor and site supervision were replaced and 90 percent of the existing framing had to be torn out and redone.

At this point I realized, no one has learned by past mistakes, the 80s defects continued to be built into current complexes under construction. History Repeats and the defects will continue, evidenced by the sharp increase in business for firms specializing in construction defects litigation.

Yet, in addition to weather-related leaks, there still many other less-typical defects that can unbalance your maintenance budget. If your community is less than ten years old, you may have recourse to prevent budget overruns by resolving such defects. It is important for property management and maintenance staff to recognize obvious defects, and more importantly, know what to do to correct them.

What is a construction defect?

“Construction defect” is an industry phrase used to describe a manufacturing or installation error that originated during construction or remodel. There are generally three causes contributing to such malfunction:

In some cases, there can be multiple contributing causes leading to a single or series of defects.

A fourth, and rarely-recognized cause of defects is the local building department. Unfortunately, due to state laws, building departments are exempt from financial responsibility for misdirection contributing to a defect. Ironically, to repair defects that arise from building department errors, a second building permit must be purchased and it is likely that you will have the same inspector, overseeing the defect repair.

Many owners have the misconception that a building that was inspected and approved by the building department is a well-built structure.

This is not always the case.

During the construction boom of the 80s, it was not unheard of for an inspector to perform more than 40 inspections a day. With such a workload, it is understandable how many inspectors were less than thorough.

Builders appreciate a building department inspector who really knows their job and takes the time to perform a thorough inspection. It is one more means of ensuring a construction-defects-free project.

In a recent construction defects dispute involving a newly-built apartment, the cause of the defect was initially traced back to two specific subcontractors. After further investigation, however, it was revealed that the general contractor, architect, owner and building inspection department, each contributed to the condition.

The first defect wasn’t discovered until 18 months after the project was completed. The structural framing members supporting the exterior upper floor walkways were severely damaged by dry rot. The damage was so severe that there was concern of impending collapse. As with most claims, the initial investigation discovered even further defects.

Ongoing issues that management experienced with the roof, siding, plumbing, windows and sheet metal were all a result of construction defects.

For 18 months, chasing the repair of these serious deficiencies was the apartment property’s maintenance personnel. They would apply caulk to the exterior, paint over the resulting interior water stains; all while oblivious that there was a major problem in the walls and under the floors.

Because the claim initially focused on the work of just two subcontractors and did not include the full scope of product and labor failure, it involved only several thousand dollars. However, when the claim was fully investigated, it quickly grew to one of several million dollars.

It goes without saying that super funds like this are not allocated to the yearly maintenance budgets of apartment communities. This is the result of several contributing factors which lead to an overarching defect, and ultimately multiple parties on the hook for its correction.

How do defects happen?

But they do, and here are a couple ways they transpire, and grows into a problem.

Design defects are the responsibility of the architect and the hiring developer (or owner, or both). In the construction industry, the developer is the only person that is not required to have any formal training or a license from the state. Some of the problems start here because the developer is the person who shapes a project from beginning to end with a particular sensitivity to the bottom line cost of the project.

If the design budget is inadequate and a developer cannot, or will not, provide necessary funds, an architect may cut corners by providing less detail in the plans and minimizing specifications.

An inexperienced design professional may not research, or incorporate, applicable building codes. The architect may further attempt to cut costs by limiting, or even eliminating, site inspections throughout construction.

Any one of these conditions constitutes a built-in defect, and can result from a developer’s failure to provide sufficient funding for project design. Such breaks in protocol and process played a large part in the earlier-mentioned case.

Actual construction defects are the responsibility of the contractor. Like design defects, construction defects often stem from insufficient budget. An inadequate budget may force an owner to contract the lowest bid, even if the bidder has less than the optimum level of experience in the type of construction the project requires.

Both design and construction defects played a significant role in the above construction defects case. The architect’s plans were so vague that, at the direction of the developer, the contractor was told to drive across town to look at a similar project and incorporate the water proofing details from those plans into the project. The other project itself turned out to be besieged with defects so they had simply copied a mistake.

When is professional help with a defect claim necessary?

If you own or manage an apartment complex that is less than 10 years old and suspect construction defects, what’s next?

First, give the general contractor the option of repairing the defect. If there is no response, the next step is to consult an experienced construction expert.

An experienced attorney working with the construction expert will have your best interest in mind, and avoid overstating a claim. Insurance carriers are less likely to dispute a legitimate claim.

In a recent case, the owner of an apartment complex was informed by an attorney/construction expert team that construction defects were valued at several million dollars. After several years of litigation and because the claim was overstated and included non-insured items, the owner has yet to collect any part of the claim. As you might expect, the owner was required to pay the attorney absent resolution.

If, at an attorney’s advice, you proceed with a construction defects claim, be prepared to spend the next few years in litigation for resolution.

A lawsuit is generally initiated against a developer or general contractor when an insurance company fails to respond to, or rejects a claim. The developer will then file a cross complaint against the contractor and within a very short period of time, everyone involved in the construction will be involved in the lawsuit.

Initiating a lawsuit should be done only when all other options have been exhausted. Pursuing a construction defect claim is not an inexpensive or quick way to resolve a problem. However, if handled correctly, the end result can be that your apartment complex, and your yearly maintenance budget, remain profitable and intact.