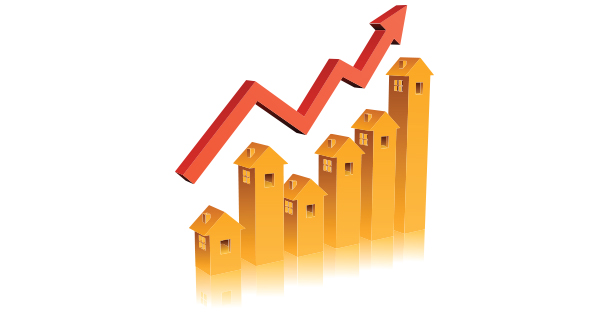 “While overall housing production is projected to be well below structural demand, apartment deliveries are on the rise and projected to increase over the next few quarters to 1.5 percent to 2 percent of apartment stock or roughly 250,000 units in annual deliveries,” AvalonBay Communities, Inc. CEO Tim Naughton reported during the apartment REIT’s Q2 earnings call at the end of July.

This level of new apartment supply is a bit higher than the long-term average and represents a higher percentage of total new housing stock than normal, he said.

Supply is projected to peak by mid-2014, as trailing 12-month apartment starts appear to be leveling off, based on recent monthly starts activity, and apartments should represent a greater share of marginal housing because of the composition of underlying demand, he said.

With a bi-coastal portfolio that, as of June 30, included 273 apartment communities consisting of 81,499 apartments in 12 states and the District of Columbia, AvalonBay is doing its part to add to the supply.

Twenty-seven of the communities in AvalonBay’s portfolio were under construction at the end of July. The REIT expects to add 7,935 units at a cost of $2.2 billion to the apartment supply over the next three years in new communities spread from California to Connecticut.

In Q2, the company started construction on three assets in Massachusetts, Washington and California, which will add 719 apartments to the REIT’s portfolio when completed, at an estimated total capital cost of $151.5 million.

“While some markets will feel the effects of increased supply, like the D.C. Metro area, overall we believe the apartment market is positioned to absorb this level of production with rents growing above trend over the next few years.

“In fact, Witten Advisors is projecting NOIs to grow by 24 percent over the 2013 to 2016 time period on a cumulative basis,” said the CEO of the company that saw a healthy 6.6 percent increase in NOI and a 5.2 percent increase in rental revenue across its portfolio from Q2 2012 to Q2 2013.

Equity Residential CEO David Neithercut was equally upbeat about current fundamentals for the apartment sector during the REIT’s Q2 earnings call and unconcerned about the expected increase in apartment supply, citing the positive impact of GenY on the apartment market.

There are more than two million 20- to 30-somethings more than the historical average still living at home with Mom and Dad and those “so-called ‘missing households’ will ultimately enter the housing market and will do so by primarily occupying rental housing,” he said.

“And there’s no denying that, despite the current levels of new supply, our core markets will continue to have a shortage of rental housing to meet this strong demand,” said Neithercut.

Equity Residential is contributing to that supply with about $1.4 billion of development currently underway.

“We did not begin construction on any new projects in the second quarter, so our year-to-date starts remain at the $130 million level. However, we have the potential to begin construction yet this year on as much as another $800 million of development, which could bring our starts for the year to nearly $1 billion and will add great assets to our portfolio in key locations of the urban core of our target markets,” Neithercut said.

Nor does UDR, Inc., which is underway on nine communities—five in California, two in Washington, D.C., and one each in Boston and Dallas—with a total of 2,887 units and a total construction cost of around $1.02 billion, expect to start any new communities for the rest of the year. But, said UDR SVP of Asset Management Harry Alcock, “We’re actively working through the design and approval processes and would expect to start a number of new projects in 2014.”

Pleased with another strong quarter of operating results, UDR CEO Tom Toomey reported that “new multifamily supply has increased from the trough, as expected, but permitting trends now appear favorable, with 21 of our 23 markets expected to create at least five jobs for every new apartment home for the next three years.”

Camden Property Trust President Keith Oden believes the peak in multifamily completions will not occur until 2015, with roughly 270,000 apartments delivered nationally, translating to completions in Camden’s markets of 114,000 apartments.

He’s not worried about the coming increase in supply because job growth projected for 2015 for Camden’s markets is 823,000, “which, if you apply the ratio of 5:1 of job growth to apartments completed that’s generally required to maintain equilibrium, would imply a shortfall of almost 50,000 homes across Camden’s markets in the year of peak completions,” he said.

Moreover, there’s evidence that new starts are beginning to wane. Camden CEO Ric Campo said, in his introduction to the REIT’s Q2 earnings call, that a recent multifamily supply report showed slowing permitting and starts activity, which is exactly what he and others at Camden have been expecting—a plateauing of the development starts that have been increasing over the last couple of years.

In Q2, Camden started construction on two new communities with a total of 375 units at a cost of $44 million in Round Rock and Corpus Christi, Texas. Construction continued at six on-going developments in Washington DC, Austin, Denver, Boca Raton, Atlanta and Glendale, Calif., with a total construction cost of $514 million and the REIT also broke ground on a $47 million, 266-unit JV project in Charlotte, N.C.

Camden execs, who reported healthy second-quarter operating results across the REIT’s entire coast-to-coast portfolio that includes 179 apartment communities with a total of 62,021 units, also are not worried about the entry into the multifamily space over the past 18 months or so of companies that specialize in single-family home rentals, like American Homes 4 Rent, founded in 2011 by Malibu, Calif.-based billionaire B. Wayne Hughes, which owns or controls more than 19,000 homes and is the largest of the three home-rental REITs created over the past year and a half.

In a video presentation for investors, Hughes talked about how cheaply the company has been able to acquire homes. “I’ve seen a lot of property types and I’ve seen deals where you buy below replacement cost, but I never have seen anything quite like this. You buy the house for less than the cost to build it, and you get the land free, and so that the risk/reward ratio is, I think, appropriate to put money in,” said the 79-year-old Hughes, founder of Public Storage, the country’s third-largest REIT.

Oden said Camden experts spent a lot of time and energy about 18 months ago, studying the new business model to determine whether single-family rental businesses threaten the REIT’s bottom line and whether there was an opportunity for Camden there, concluding that the new companies that are doing IPOs on single-family home rental businesses are using models that are unrealistic.

“They’re using $500 for CapEx for a a single-family home turn and that’s just astonishing,” he declared.

“The number could be five times that by the time you rip the carpet out and replace the sheetrock. And, you’re going to have 10 percent or 15 percent skips and evictions. There’s no way you’re not. And, how do you know when they left? And how do you know what they took? I just think the numbers are silly on the CapEx side,” he said.

“So, from a long-term holding standpoint, I don’t think it makes much sense. But, if you bought $100 for $50 and you turn it once or twice and you catch a little air under your wings in the market, yes, absolutely, some people can make money doing that,” said Oden.

Neithercut said he wasn’t worried about competition from the new single-family home rental companies because the portfolios those new companies own are located in markets like Las Vegas, Phoenix, Tampa, suburban Chicago and Atlanta that don’t overlap Equity Residential’s markets.

He thinks it’s unlikely the new REITs will estimate turn costs and re-leasing expenses realistically and predicted they will find single-family home rentals more challenging to manage than they expect.

“Not that it can’t be done, but the notion that it can be done as efficiently and under the same margins as multifamily, I think is comical,” he said.

Naughton believes that the new businesses will be good for consumers. “I guess it’s kind of been the question out there as to whether somebody can really scale this thing and be able to operate in a really profitable and efficient manner. But, I think it’s a good thing from a consumer standpoint, in terms of having a more professional operator than your aunt or uncle who may be their landlord.

“So, my guess is a couple will figure it out and be able to make a business out of it,” he predicted.