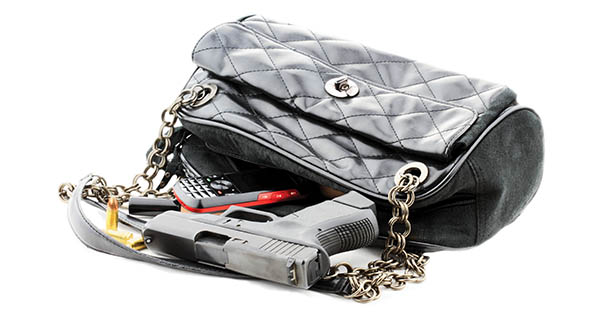 Although the state’s new conceal carry law allows private property owners to prohibit handguns on their premises, operators of residential rental properties are still sorting out how that applies to them.

Can they ban guns entirely from their buildings, or only in common areas such as laundry rooms or rooftop sun decks?

While it’s clear they can immediately declare guns off limits in the leasing office, can they prohibit tenants from keeping firearms in their apartments without first changing the lease?

Or do they just stand back and do nothing while waiting to see how the new law plays out?

Bottom line: Most haven’t figured out what they’re going to do, which is something gun-owning Chicago area renters might want to keep in mind before flexing their new legal rights.

“This has made it murkier than ever,” a representative from one of the city’s largest multifamily residential property managers said after listening to experts gathered by the Chicagoland Apartment Association.

Even though 49 other states have been down this road (with Illinois being the last to adopt a conceal carry law), the particulars of the Illinois law make comparisons difficult.

The fact that those other states already have conceal carry laws is evidence the sky isn’t going to fall, observed state Sen. Kwame Raoul (D-Chicago), who helped negotiate the legislation.

But that doesn’t mean there won’t be growing pains while everyone gets used to it here.

Some of that pain is bound to surface in apartment buildings, where the constitutional right to bear arms is going to run smack into a building owner’s property rights—without a lot of guidance from the conceal carry law.

Jessica Ryan, an attorney with Kovitz Shifrin Nesbit, said that it will require litigation to resolve many of the issues raised by the new law, including the most basic—whether tenants have the right to keep handguns in their apartments.

Gun rights proponents are taking the position that landlords can’t stop apartment dwellers from keeping a gun for self-defense, the same as for homeowners.

“They cannot keep it out of a person’s dwelling,” said Rep. Brandon Phelps (D-Harrisburg), citing the 2008 U.S. Supreme Court ruling in District of Columbia v. Heller.

But in a written analysis, Ryan said the general consensus is that a rental property can prohibit concealed firearms anywhere on the property, including individual apartments, if the lease contains specific language to that effect.

Another building manager whose company handles both private rentals and CHA properties noted that public housing residents are already prohibited from having guns in their leases.

“Sounds like a good equal protection lawsuit,” chimed in Raoul. By that, he meant to indicate public housing residents might have a legal argument that it’s unfair for them to be prohibited from carry guns if it is allowed for others.

Mark Kexel, vice president of operations for Titan Security, advises landlords to develop a policy and inform all residents in writing.

Kexel explained that doing nothing will have the effect of allowing anyone with a conceal carry license to bring a gun into the building. Some buildings may indeed choose to adopt such a policy, but management should let everyone know, he said.

Ryan cautioned landlords to consult their insurance carrier and consider the liability risks, but noted those could cut both ways. If they allow individuals to carry firearms in their buildings, the risks are obvious. But if they don’t, they might run a risk from tenants contending they weren’t allowed to properly defend themselves.

Raoul made clear to the group that he doesn’t expect legislators to make many changes to the conceal carry law this year while they wait to see what happens.

What’s going to happen is that the guy in apartment 7B is going to put on his shoulder holster some night before he goes down to check on his laundry, and somebody is going to freak.

These next few months should be interesting.