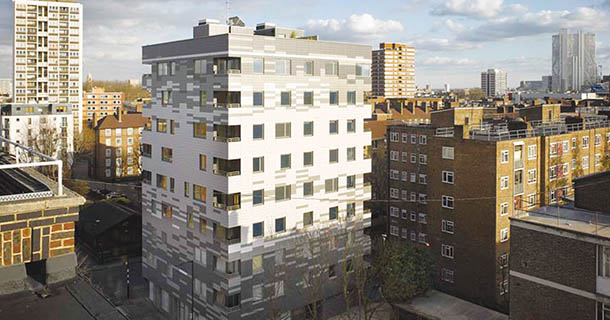 Some architects and engineers say new wood products are making it possible to build wooden structures much taller than had previously been considered safe.

Now the U.S. Department of Agriculture is throwing its weight behind those emerging technologies. In Washington, Agriculture Secretary Tom Vilsack announced that his department would put funding toward training architects and engineers in using wood for taller construction. It’s also creating a monetary prize for projects that demonstrate the new techniques.

In the short term, the incentives may result in a handful of showpiece projects. In the long term, those successes could pave the way for wider adoption, and in the process boost the struggling forest-products industry in Oregon and elsewhere.

“There are new possibilities that haven’t been explored fully in the past,” Vilsack told The Oregonian. “We now think that, as a result of what’s taking place in other parts of the world, there’s an opportunity to promote wood as a building material in multistory buildings.”

The promising technology is cross-laminated timber panels, made up of layers of wood glued and pressed together, each perpendicular to the next. The resulting engineered panel is considered strong enough to replace steel or concrete in the structure of large buildings.

In 2009, a nine-story apartment building framed in the panels opened in London as one of the tallest timber buildings in the world. Swedish authorities have given the go-ahead for a 34-story tower in Stockholm. In Vancouver, B.C., architect Michael Green—a major proponent of tall timber construction—has proposed a 30-story wooden tower.

Skidmore, Owings and Merrill, the firm that designed One World Trade Center in New York, argued that wood could safely be used in a skyscraper 42 stories tall.

Wood framing has historically been limited to just a few stories. In Portland, many of the mid-rise, mixed-use apartment projects built in recent years come from the same basic five-over-one formula—five stories of wood over a one story of concrete.

Proponents tout the environmental benefits of building with sustainably harvested wood. Processing steel and concrete consumes more fossil fuel than manufacturing the wood panels, they say, and using wood—which is made of carbon—keeps that carbon of the atmosphere.

The panels can also be made from trees removed in thinning managed forests, or even from trees killed in a recent beetle infestation that plagued West Coast states, which may pose a fire risk if they’re not removed.

There are plenty of obstacles to wider adoption, not the least of which are building codes that restrict wood construction for fear of structural weakness or vulnerability to fire. (The cross-laminated timber panels are combustible, but unlike a traditional stud wood-framed wall, the panels could char and burn out without buckling.)

Portland recently approved its first project to use cross-laminated timber: a humble visitor building at the Oregon Zoo housing restrooms and a prep kitchen. Its pitched roof is made of the panels, which are strong enough to eliminate the need for steel supports for the roof’s overhang.

“That’s the trick,” said Emily Dawson of SRG Partnership Inc., the project’s architect. “You have to use it in a way that’s efficient. Even though there’s a little bit of premium on the material—we were able to take other material out of the project.”

Vilsack said the $1 million USDA is putting toward a wood building competition—along with $1 million from the Binational Softwood Lumber Council, an industry nonprofit—will help defray some of the costs initial projects will incur.

“We’re trying to incentivize people to think differently and overcome the barriers that may exist at first glance,” Vilsack said.