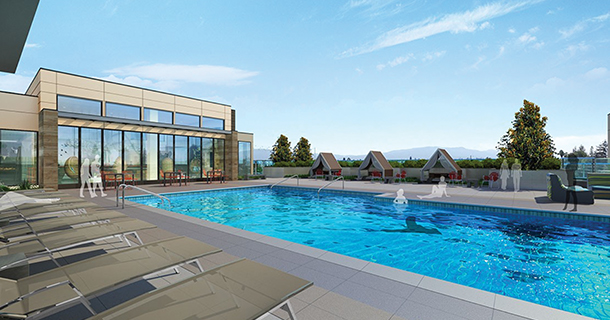 San Mateo-based Prometheus is exiting the sector to focus its energy more on its growing development pipeline, said Darren Carrington, senior vice president of portfolio management for Prometheus. Prometheus will continue to manage its own portfolio of apartments, which consists of wholly-owned properties and those owned with joint-venture partners.

“It reflects a growth strategy for us,” Carrington said. “We want to continue to grow our platform through acquisitions and joint ventures, as well as our development pipeline.”

Of the roughly 5,000 third-party-owned units that Prometheus had managed, about 4,000 of them were owned by the Sobrato Organization. The relationship was longstanding and executives at both firms say that the split is amicable. Cupertino-based Sobrato has selected two firms— Woodmont Real Estate Services, based in Belmont, and Alliance Residential, based in Phoenix—to manage those units.

“We just decided it’s better to focus now on the expansion plans we’ve got,” said Prometheus EVP and partner Jon Moss. “It was a difficult decision. There are benefits of doing third-party management for sure and we enjoyed it.”

Prometheus has eight projects, totaling about 1,600 units, under construction right now. (Others in the pipeline would add 1,000 units to that number.) It’s currently leasing up an 80-unit community in Cupertino. A 289-unit project on the old Kaiser Permanente site in Santa Clara just wrapped up and its phase two, with some 259 units, just broke ground. A 134-unit project in Mountain View called Madrone Apartments will also soon be leasing up.

The business change means opportunities for the other players. Woodmont already managed more than 10,000 units in Northern California, operating in the Bay Area as well as Sacramento. Alliance says on its website that it is the ninth largest management company in the nation with 59,000 units.

Carrington said that most of the Prometheus management employees are landing jobs with the new companies.

“One thing I’m happy about is a vast majority of the employees are transitioning to the new management companies,” he said. “We have a reputation for really training and having a good culture on site.”