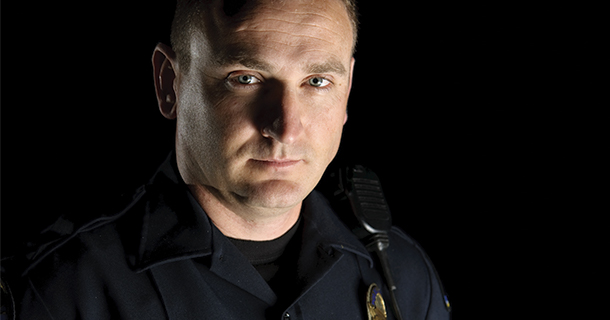 Even more voters thought that NYPD police union chief Patrick Lynch was too extreme when he said that de Blasio’s office had blood on its hands.

But that may be where wholesale frustration with the police ends. This morning, the U.S. Conference of Mayors released the first set of results from a new poll on Americans’ attitude toward government. Despite the recent widespread protests over police abuses, police remain popular—even among minorities.

Despite the recent widespread protests over police abuses, police remain popular—even among minorities.

The poll, conducted by Zogby Analytics late in 2014, finds that people give cities and mayors high marks for keeping residents safe. On a scale of 1–5 (with 1 being poor and 5 being excellent), 54 percent of respondents gave their local governments scores of 4–5, while just 19 percent gave scores of 1–2. When asked specifically about the effectiveness of cities’ police in “protecting the safety and rights of minorities,” the public broadly agreed that the police are doing a good job: 62 percent gave the police high scores (4 or 5), while 32 percent gave low scores (1 or 2).

Across the racial spectrum, the answers were similar.

The biggest division fell along partisan lines. Liberals approve of police performance, the poll finds (54 percent to 39 percent), but nowhere near as much as conservatives do (73 percent to 24 percent). Moderates mostly rallied behind the blue (60 percent to 35 percent).

At the same time, poll respondents made it clear that improving public safety was their highest priority going forward. On a scale of 1 to 5 (with 1 being low priority and 5 being high priority), 65 percent of respondents said they wanted their mayors to put public safety first (meaning the respondents gave safety a score of 4 or 5).

One way of looking at the results: On the whole, the public trusts local government’s ability to keep people safe. More than half (54 percent) of respondents express faith in local government, and by extension, local police.

But another way of looking at it is that large sectors of the public have very little or zero trust in public safety. In the poll for the U.S. Conference of Mayors, 19 percent of respondents—nearly one in five—say they do not trust local government to provide safety for all citizens. Another quarter of respondents aren’t sure.

Without seeing a further breakdown of the Zogby poll for the U.S. Conference of Mayors, it’s hard to say whether trust in police is growing in those areas and among those populations where police confidence was so low last summer. That’s doubtful.

CityLab’s State of the City poll was conducted late in July, before the shooting of Michael Brown in Ferguson, Missouri, and well before the earliest  protests. It’s a safe bet that black urban residents who distrusted police before Michael Brown—and Eric Garner, John Crawford, Tamir Rice, and others—did not regain confidence in police as these demonstrations rocked the nation.

Yet some voters did trust the police more in the wake of these shootings and protests. Or rather, the demonstrations did not cause some segments of the public to question their faith in local law enforcement. The U.S. Conference of Mayors poll was conducted December 19-22, when the demonstrations were still roiling. The fact that the respondents reported overall trust in public safety and local police suggests that demonstrators’ message may not have swayed many voters.

That trust is not absolute. In New York, police officers may be squandering public confidence in law enforcement. Everywhere else, though, it has proven extremely resilient.

Excerpt: Kriston Capps, CityLab, writes about housing, architecture, design, and other factors that shape cities. Previously, he was a senior editor at Architect magazine.