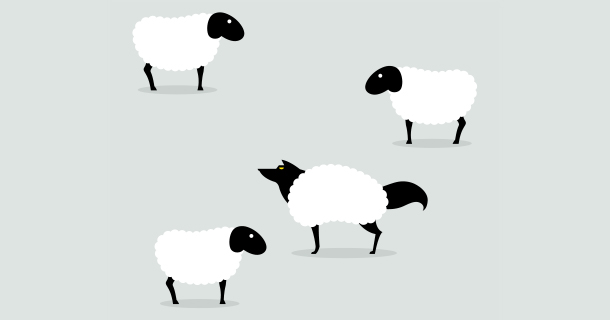 Dr. Leanne ten Brinke of the Haas School of Business at the University of California has undertaken recent research that suggests humans have pre-set instincts for detecting liars, however they are often overridden by our conscious minds.

Instead of relying on our instincts, it’s possible to determine whether someone is telling the whole truth by looking for a few key signs. In fact, research shows that learning about human lie detection can improve your ability to spot deception by up to 90 percent, which is a high increase when considering most humans are only 54 percent accurate when spotting lies according to the Science of People.

Ideally, you’ll already have a basic understanding of how the person in question usually acts in social situations. This shouldn’t be a problem if they are a friend or relative with whom you regularly interact. Dr. Lillian Glass, a behavioral analyst who has previously worked with the FBI to determine deception in suspects, suggests that once you understand a person’s normal behavior, it’s easier to pick up on uncharacteristic expressions, body language or attitude to conversation.

You may notice the person make a sudden head movement when asked a direct question, such as a jerk, retraction or tilt. Glass explains in her book, The Body Language of Liars that this often happens just before they usually respond to the question.

Glass describes heavy breathing as a reflex action, commonly associated with lying. If you’re not close enough to hear or feel the individual’s breath, watch their shoulders, which will rise and listen to their voice, which may become shallow, unclear or cracked.

Essentially, the person is experiencing breathlessness due to their increased heart rate and changes in their blood flow, which is caused by the pressure of lying. This also occurs when humans are nervous or tense.

While we may associate nervousness with fidgeting or shakiness, Glass explains that you should be just as wary of those who do not move at all. She elaborates by claiming this may be related to the human ‘fight or flight’ instinct, specifically the option to ‘fight’. As a result of this instinct, the body tenses itself in preparation for potential confrontation.

When engaging in regular discussion, humans usually move casually, subtly relaxing, swaying or experiencing unconscious movements. Therefore, someone with a rigid demeanor is emitting a warning that something isn’t quite right.

Repetitiveness may occur when someone is trying to convince you of their point, in an attempt to drill it in to your mind. They may also be trying to reassure themselves that the lie could be considered true. Glass uses the example of a person repeating the phrase I didn’t, as if this will somehow excuse them from the responsibility of their supposed action.

It is also a technique used by liars to buy time to create a more elaborate story.

Liars will often over-compensate by providing too much information. When a person reels off an elaborate tale that may not even have been requested, it’s a clear sign they are trying to convince you their story is true. Glass suggests that by openly talking, others will believe what they have to say.

Someone who is lying may automatically cover their mouth with their hands when they are reluctant to respond to a question or issue. The connotation of covering the lips is clear, even when done subconsciously. It is a direct message that they are shutting down all communication and have no intention of telling the truth.

Similarly, a dishonest person may cover areas that they consider vulnerable, such as the throat, head, chest or abdomen. Glass refers to her own experiences working in a courtroom setting, where defendants would often cover their throat upon hearing an uncomfortable testimony.

This is a trait you’ll likely have heard of when considering the behavior of liars. The shuffling of the feet is the body’s way of using up nervous energy, showing the individual is on edge and uncomfortable with the situation. It is also a sign they wish to walk away from the scenario. Glass suggests that the feet are a key point when detecting dishonesty.

Even if the person has no history of speech difficulties, they may find it hard to speak when under the pressure of a lie. Glass explains that this is caused by the body’s nervous system decreasing the salivary flow during stressful time, which dries out the mucus membranes of the mouth.

However, this is not the only giveaway relating to the mouth. Liars have also been known to exhibit lip biting or pursed lips.

Dishonesty traditionally involves a lack of eye contact or rapid blinking, however in contrast to common belief, the liar may attempt to manipulate you with extended eye contact.

Glass tells of Bernie (Bernard) Madoff, a con man convicted of fraud in 2009 who was handed a 150 year sentence of imprisonment for his 11 felonies. Madoff would often overcompensate with eye contact, maintaining it for longer than usual without blinking. When telling the truth, humans will usually shift their eyes regularly and may look at their surroundings. When lying, they will hold a prolonged stare in an attempt to intimidate.

If a liar is defensive of their argument, whether or not it is a truthful one, they may become hostile and aggressive. A dishonest person who has been angered may attempt to turn the tables on to you, according to Glass, irritated that you have discovered his or her deception. This may result in angry gestures, along with pointing in an attempt to reiterate their point.

After analyzing these key points, you’ll stand a far greater chance of being able to spot a liar in casual discussion, helping you get to the bottom of dubious situations and hopefully avoiding an awkward encounter in the process.