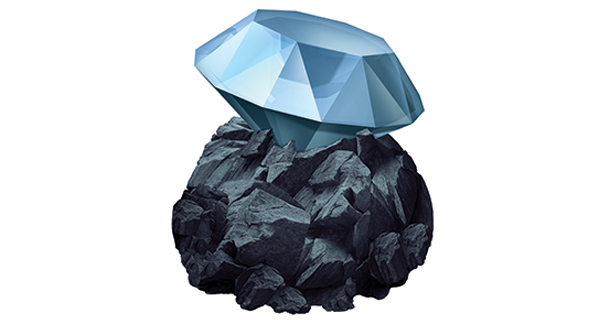 These are questions a lot of companies would like better answers to, considering the critical importance of people to a business’s success and the high costs associated with recruiting, onboarding, hiring and firing. At a recent Wharton People Analytics Conference, panelists from business and academia talked about some innovative new ways to apply data analytics to predict employee performance.

Two panelists from JetBlue—Andrew Biga, the director of talent acquisition and assessment, and Ryan Dullaghan, manager of people assessment and analytics—described how they apply people analytics to hiring flight attendants.

“You can imagine how important the role is to the company and to our brand,” Biga said. “They are literally the face of the brand, and are able to change a regular experience with us to—hopefully—an amazing experience.” Dullaghan explained that for the flight attendant profile JetBlue has developed, a set of eight key characteristics are targeted. To identify job candidates with these characteristics, the company uses methods including psychological assessments, structured interviews, video interviews and work samples.

Last year, though, the company learned an interesting lesson, according to Biga and Dullaghan. “For our flight attendants, we had always looked to find the nicest people we could possibly find to be in the sky with customers,” said Dullaghan. Then some customer data analysis, performed in conjunction with the Wharton School, yielded unexpected results: “Being helpful trumps being nice. Being helpful even balances out the effect of somebody who is not so nice.” Dullaghan observed, “People will tell you they know the right kind of person for a given job. But what we think isn’t always what is best.”

The JetBlue team reported that they apply people analytics to hiring for all their positions, which helps them sift through the 125,000 applications the company receives each year. “Once you get through all the noise and beliefs that people have, and identify that right profile, you can have a solid impact in your organization,” Dullaghan noted. He described the measurable benefits for the company that have resulted from “really focusing on fit for the job,” including higher employee engagement and retention, and a 12 percent decrease in total absences. Attendance, he noted, is critical in the air travel industry, since a crew member’s last-minute absence can mean a flight delay or cancellation.

Customer feedback has become more positive, too, said Dullaghan, noting that JetBlue has been able to track more than a half-point boost in its Net Promoter Score (NPS). “When one point of NPS means a whole lot of money, tweaking your hiring process can have a huge impact on the rest of the company.”

Both helpfulness and niceness may be predictive of success in many jobs—as they seem to be for flight attendants—but Angela Duckworth, a professor of psychology at the University of Pennsylvania, studies a different personality trait: grit. She defines that as “passion and perseverance, especially for long-term goals” and believes it, too, may be predictive of employee performance.

Duckworth illustrated the concept of grit with a clip of actor Will Smith, in an interview in which he was essentially asked how a poor kid from Philadelphia with no connections in Hollywood had made it big. Smith, who has elsewhere credited his success to his “ridiculous, sickening work ethic,” answered this way: “The only thing that I see that is distinctively different about me is, I’m not afraid to die on a treadmill,” he said. “You might have more talent than me, you might be smarter than me, but if we get on the treadmill together, right, there’s two things: You’re getting off first, or I’m going to die.”

Interestingly, noted Duckworth, about 70 years ago Harvard conducted a study of how long people would be willing to stay on treadmills, on a steep incline at an uncomfortable heart rate, “to measure in some kind of precise and objective way your stamina, your ability to tolerate stress, but also just to hang in there.” It turned out to be an extremely good predictor of long-term mental health, she said.

Duckworth joked that while she doesn’t run people on treadmills, she has designed a Grit Scale test. The scale has two kinds of questions, she said. One kind is about the consistency of a person’s interests, or their long-term passion. “The simple idea here is that world-class experts tend to wake up every day like Newton and Darwin did, pretty much thinking about the same thing they thought about yesterday, just kind of incrementally trying to work on it.” The other kind of question gets at an individual’s level of perseverance: “Questions like, ‘I finish whatever I begin’—which is the single most predictive item on the scale.”

The concept of grit—although under a different name—was looked at in the 1980s by the Educational Testing Service, the nonprofit behind such standardized tests as the GRE, said Duckworth. The ETS quantified what they called “productive follow-through” in high schoolers by evaluating their college applications. “Multi-year activities got points, and advancement in those activities got points.” Essentially, sticking with a couple of activities such as lacrosse and the yearbook—and eventually becoming the captain of the team and editor of the yearbook—was rated as better than doing a wider variety of different things.

Duckworth said she has been working on a follow-up to ETS’s original study. “If you look at high school follow-through—high school extracurricular sports and so forth—can you predict things like college persistence?” Duckworth added that she is not trying to diminish the role of talent in success. “If you define talent as the rate at which you get better relative to everyone else from the same unit of effort, I think talent is extremely important.” But, she said, cumulative effort also matters. “How long are you willing to stay on that treadmill?”

Yet another take on using data to predict employee performance was presented by Amy Wrzesniewski, an associate professor of organizational behavior at the Yale School of Management. She talked about the kinds of meaning that work can have for people, and how those can affect their motivation. Finding meaning at work, she notes, has been a hot-button issue lately in HR circles.

“The good news is that motivating, meaningful work really does matter,” Wrzesniewski said. It has been found to increase employees’ engagement, enhance their performance, lower stress and reduce absenteeism. But what exactly is it that makes work meaningful? A scientist, for example, might love his work, but also want to produce a major discovery, earn a good salary, become head of the department, or win awards. Many people will have a combination of motivations, she said. And having multiple motivations makes our total motivation even stronger, doesn’t it?

Sadly, no. According to Wrzesniewski, research has consistently shown that “if you take people who are doing something they really like to do, and you pay them for it, or reward them for it, their motivation drops.” In technical terms, instrumental or external motivations such as money or career advancement appear to have a dampening effect on internal motivations such as loving the work itself or feeling that it is ethically or morally important. This behavior has been long known to psychologists, who term it the “overjustification effect.”

Wrzesniewski tested this effect in a decade-long study of 10,000 West Point cadets, studying their backgrounds and their educational and occupational outcomes. Most importantly, she said, her team possessed data on these individuals’ motivations for going to West Point in the first place. One might assume the reasons were the same across the board, she said—honor, duty, country—but it turns out there were others, including preparation for a life of adventure; career training; a free education; and better opportunities and greater earning power upon entering the private sector.

The dampening effect of instrumental motivation (external rewards) on internal motivation did emerge from the study, across the whole group of cadets.

Wrzesniewski said she found that the students were more likely to stay at West Point as their instrumental motivation dropped relative to their internal motivation to be there. She also found that the likelihood of being identified as an elite military officer eligible for early promotion declined as instrumental motivation increased. She asserted that these findings have implications for any type of organization, noting that her other studies have encompassed the business world as well as academia.

Duckworth asked Wrzesniewski if West Point might be too different from the corporate world to expect its results to be representative of what would occur in a business. And, she wondered, were there contexts in which this dynamic wouldn’t play out? Wrzesniewski answered that she would be “hard pressed to think of the context where it wouldn’t begin to chip away at the quality of people’s work.”

Duckworth also asked if Wrzesniewski believed, based on her findings, that companies should not give performance-based pay. Wrzesniewski said she doesn’t agree with that. She noted that when her research first came out, “it got a lot of questions from the press, who said, ‘Basically you’re saying reduce everyone’s pay and stop giving bonuses and then they’ll be focused on why they’re really there.’ But that’s not it at all.”

Wrzesniewski explained that she is very interested in getting management organizations to think about what happens when “you turn the natural consequences of work—which are money, promotions and things like that—into motives.”

If those motives “become substituted completely for what people came there wanting to do,” she said, such as educate children or make customers happy with their flight experiences, “I would worry about the long-term implications of that.”