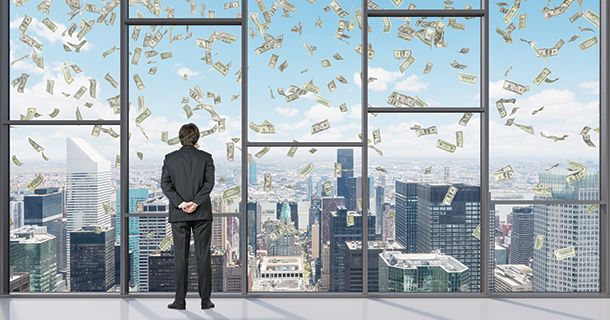 “The forecast anticipates continued strength and growth,” says Jamie Woodwell, vice president for the research and economics group at MBA.

That’s still going to be a big change from the last few years, when business of lending on multifamily real estate didn’t just grow a little, but instead grew incredibly quickly. So far in 2015, lenders have increased the volume of apartment loans they made by well over 10 percent compared to the year before. In 2016, experts expect more moderate growth, with less frenetic competition to make deals.

Lending volume can’t grow like that forever. The growth this year already caught most experts by surprise.

“The volume in 2015 is higher than most people anticipated,” says Woodwell.

The Federal Reserve was expected to raise its benchmark interest rates earlier this year. Instead, federal officials continue to postpone raising rates. Their next chance will be in December. In the meantime, low interest rates support high property values, encourage potential investors to buy more assets and existing property owners to refinance. All these factors increase demand for financing. And lenders continue to be eager to lend on apartment properties. Everyone in the business knows apartment loans have experienced relatively few problems with defaults. The share of permanent multifamily mortgages on bank balance sheets that are 30 to 90 days late in their payments is now at its lowest level since the data became available in 1993, according to MBA.

Fannie, Freddie and banks on top

The lenders growing the fastest in 2015 include banks and agency lenders, who make loans to apartment properties based on the programs set by Fannie Mae and Freddie Mac. They increased the amount of mortgage debt they have outstanding to commercial and apartment properties by $15 billion in the second quarter of 2015. Giant loans on large portfolios of apartment properties account for much of the growth. The federal officials who effectively govern Fannie Mae and Freddie Mac also made this growth possible. Halfway through the year, they tinkered with the limits on how much the agencies can lend, so that many loans to affordable and workforce housing properties don’t count towards the agencies’ caps on lending.

Banks and thrift lenders also increased the amount of mortgage debt they have outstanding on commercial and apartment properties by $15 billion in the second quarter of 2015.

“On the multifamily side, they are not getting as much of those types of deals as they are the other types,” says Woodwell.

Over the long term, the volume of loans lenders make should continue to gradually grow.

“There is natural growth in the system,” says Woodwell. “Over the long term, one does see property values increasing, while completions increase the inventory of apartments that need financing.”