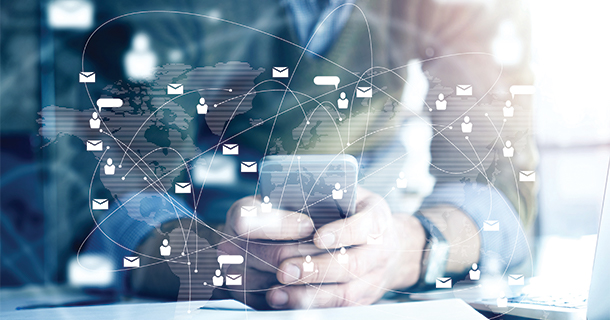 Networking is linked to many measures of professional success—including getting promoted, having influence, earning more money, and feeling more satisfied in your career. “Research shows that networks give people access to information, such as advice and problem-solving assistance, among other benefits,” explains Francesca Gino, a professor at Harvard Business School and coauthor of Learn to Love Networking. “Over time, this information access helps people acquire the knowledge and competencies that are necessary to succeed at work and better handle challenges.” Your network not only helps you thrive in your current job; it also helps you uncover your next one, according to Dorie Clark, the author of Reinventing You: Define Your Brand, Imagine Your Future. “For most professionals, the job offers they receive and consulting offers they land are a direct result of their network,” she says. “If you’re not staying in touch with people from your past, you’re cutting off a lot of potential opportunities.” Here’s how to maintain those ties.

Make a clear-eyed determination about who in your network you want to prioritize,” says Clark. She suggests “grouping” your contacts into categories—current clients, potential clients, influential and powerful colleagues, and “friends who are real connectors”—and then figuring how best to allocate your attention. But priorities aren’t always clear-cut, adds Gino. There may be people you keep in touch with for no other reason than you enjoy their company or you have similar interests. “Think about the ways in which your relationships make you better off. If you’re a happier person when you talk to a particular friend or colleague, make a point to do so on a regular basis,” she says.

Clark recommends thinking about the “different tools to stay in touch”—email, phone calls, coffee dates, social gatherings, and handwritten notes—and how you can best use these to nurture your relationships. The key to maintaining a professional network, she says, is to “be in the orbit” of the connections you’re cultivating so that, if you require their assistance down the road, “you are still top of mind.” The best way to do this is to “take steps that demonstrate you care about the other person and that you’re interested in his or her life,” she adds. “Be aware when news triggers you to think of that person.” Perhaps you read a book a former colleague might like, you attended a lecture about a subject she’s interested in, or you recently met a connection of hers. “That’s a good time to get in touch.”

Be strategic with social media

In the Information Age, you can easily stay connected to people from your past for digital eternity but, cautions Gino, an over-reliance on social media to maintain your professional network can be dangerous. “Just like a phone call is not the same as conversing in person, social media has a different level of fidelity,” she says. “Sometimes social media tricks us into believing we have a strong connection with someone when, in fact, that connection only exists in that single plane of existence.” Still, adds Clark, you can use social media to your advantage. You might, for instance, trade direct messages with your contacts on Twitter, repost content they’ve created on LinkedIn, or re-tweet blogs and articles they’ve highlighted. Even better, “take the conversation off-line,” she says. “If you notice that your friend was just promoted or had some other success, celebrate her win by giving her a call or sending her a note.”

Another way to remain in good standing with your contacts is to “look for ways you can be helpful to them,” says Clark. “Listen carefully” to what they say and the challenges they face. “Perhaps your contact is struggling to help his son find an internship, and you know that your firm has them. Offer to make a connection. Perhaps your former colleague tells you she’s interested in starting to do more video at her job, and you just read a book on the subject. Send it as a gift.” Make sure your motives are pure, however. “Helping others is a fine thing to do, but doing so in order to gain favor only serves to demonstrate to those you intend to impress that you are shallow—the opposite of your goal,” says Gino.

Although it’s good for your network to know about your professional successes and promotions, you don’t want to gain a reputation as a braggart. Gino recommends a milder form of self-promotion: simply “informing the other person about what you have been up to in a way that provides information he or she does not have.”

If there is someone from your past that “you want to keep up with and you’ve tried multiple times but the other person just doesn’t seem to have that same desire,” it’s probably a sign to give up, says Clark. “Maybe he’s just really busy or his spam filter is particularly aggressive,” but it’s also likely he’s not interested in staying connected.

Regroup from time to time

Every six months or so, Clark recommends doing an “audit” of your professional ties. “You need to look at your list of contacts and ask, is it still accurate? Who should I add? Who is no longer quite as relevant?” Over time, Clark says, “you will cycle people” in and out of your network. This doesn’t mean you won’t talk to them, of course, it’s just not going to be as often. Bringing new people into your circle and staying in touch with longtime contacts “shouldn’t feel like a balancing act at all if you’re doing it well,” says Gino.