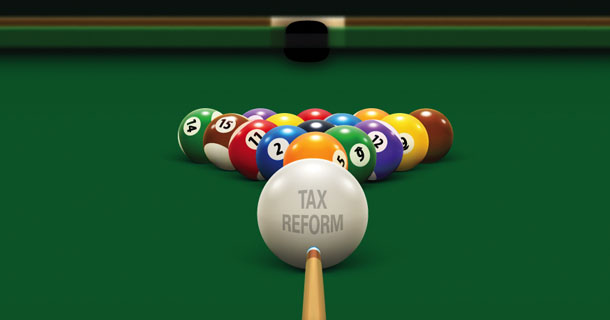 Not since the days of Ronald Reagan, Bill Bradley and Jack Kemp has a wholesale overhaul of America’s tax code been a serious prospect. However, with President Donald Trump’s surprise victory in November and Republican control of both Houses of Congress, the time is ripe.

Tax reform has the capacity to fundamentally reshape the multifamily industry. Nearly 39 million Americans rely on the apartment industry for their homes and we added 5.8 million renter households over just the past 5 years with no let-up in demand ahead of us.

An estimated 300,000 to 400,000 units a year must be built to meet expected demand; yet, on average, just 245,000 apartments were delivered from 2012-2016. A tax reform package that promotes economic growth and investment in rental housing without unfairly burdening apartment owners and renters will spark growth and expansion and help close America’s housing gap.

That’s why tax reform really matters to the multifamily industry and the nation. To ensure that we are able to meet the growing rental demand, the National Multifamily Housing Council (NMHC) has developed core principles to guide our efforts as we work with Congress to craft a tax reform package that sparks job creation and encourages development.

First, the multifamily industry is dominated by “flow-through” entities (e.g., LLCs, partnerships, and S Corporations) as opposed to C corporations. This means that a firm’s earnings are passed through to the partners who pay taxes on their share of the earnings on their individual tax returns.

Congress must not reduce corporate tax rates at the expense of flow-through entities. Additionally, Congress should protect the Real Estate Investment Trust tax structure that also drives investment into the multifamily sector.

Third, multifamily developers generally borrow, in many cases as much as two-thirds of costs, to finance apartment development. Elimination of the current deduction for business interest expenses is being considered as part of a comprehensive tax overhaul.

Elimination of business interest deductibility would greatly increase the cost of debt financing for projects, inhibiting development activity when the nation is suffering from a shortage of apartment homes. Tax reform should retain incentives for real estate investment.

Fourth, some have sought to raise revenue by significantly extending the 27.5-year depreciation period of multifamily buildings. Extending the depreciation period would reduce development and investment, leading to lower real estate values and stifling the industry’s role in job creation. Tax reform should reflect the critical role that cost recovery rules play in real estate investment.

Fifth, reductions in the corporate rate have serious implications for the Low-Income Housing Tax Credit Program. The LIHTC program is a major financing incentive for low-income housing development. Downsizing the program would exacerbate the shortage of affordable rental units. Tax Reform should ensure the viability of, and strengthen, the LIHTC program.

Finally, as we look ahead to a reformed tax system, we must never forget lessons learned from the Tax Reform Act of 1986 that devastated the multifamily industry for years. Real estate values tumbled in the wake of the Act, as passive investors could no longer deduct real estate losses against income earned from their primary jobs.

Having time to analyze the impact on the multifamily industry of provisions in a final tax package will be crucial to our ensuring a positive outcome. Equally critical is having a seat at the table as transition rules are drafted.

As today’s process moves forward, NMHC and our members will continue working with lawmakers to educate them about the importance of the multifamily industry and the significance of tax reform to the sector, just as we will continue to work with Representatives, Senators and Trump administration leaders to position our industry for long-term success.