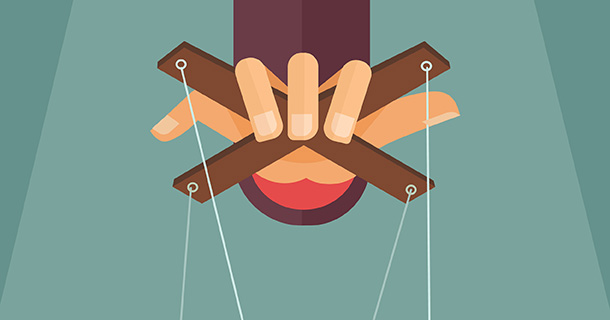 Affirmatively Furthering Fair Housing allowed HUD to halt distribution of more than $3 billion of annual community development block grants to about 1,200 counties and cities unless the recipients abide by federal dictates on drawing districts along racial and income guidelines.

The regulation specifically does so by directing municipalities “to examine relevant factors, such as zoning and other land-use practices that are likely contributors to fair housing concerns, and take appropriate actions in response” as a condition for receipt of the block grants.

But now, in a welcome move, the Trump administration is taking the lead on this issue with Secretary Carson stepping to the fore.

In an interview with the Washington Examiner published July 20, Carson blasted the rule’s “extra manipulation and cost,” hinting that he might be targeting the rule’s use of the block grants.

“So we just have to reinterpret it, that’s all,” he said.

In that vein, while Republicans still have majorities in both houses of Congress, now is the time to act to support Carson.

By prohibiting HUD from using Affirmatively Furthering Fair Housing to force changes to zoning on municipalities, Carson can make a stronger case for modifying or even rescinding the regulation—by noting that Congress has strongly come out against the federal government’s attempt at neighborhood re-engineering.

Section 234 of that bill states, “None of the funds made available by this Act may be used by the Department of Housing and Urban Development to direct a grantee to undertake specific changes to existing zoning laws as part of carrying out the final rule entitled ‘Affirmatively Furthering Fair Housing’ …or the notice entitled ‘Affirmatively Furthering Fair Housing Assessment Tool.’”

This is exactly the sort of Congressional assertion of its Article I power of the purse prerogatives that should be brought to President Donald Trump’s desk for his signature. With Congress acting, Carson does not have to roll the dice on a solely regulatory and ultimately judicial strategy.

After all, executive branch action alone is no silver bullet in the face of a judiciary that intends to affirm the administrative state. In 1983, the Supreme Court unanimously decided in Motor Vehicle Manufacturers Association v. State Farm Mutual that in rescinding any regulation, an agency is obligated to supply a reasoned analysis.

In a rescission-only scenario without Congress acting, Carson’s HUD would have to prove that enacting the regulation in the first place was irrational within the statutory scheme.

That would put the Trump administration in an uphill situation when it comes to relying solely on executive action and the regulatory process to rescind the regulation, which would ultimately be determined by federal courts.

In hearing a case on Affirmatively Furthering Fair Housing, federal courts could uphold the 2015 ruling, Texas Department of Housing v. Inclusive Communities Project, Inc., which found that disparate impact analysis of zoning decisions could be used to decide if housing discrimination has occurred.

That might indeed happen so long as the Supreme Court allows federal agencies to use disparate impact analysis in rule-makings under a perverted reading of the Fourteenth Amendment’s equal protection clause as requiring equal economic outcomes.

Carson cited the 2015 Supreme Court ruling in his Washington Examiner interview, stating, “I probably am not going to mess with something the Supreme Court has weighed in on.” But, he added, “In terms of interpreting what it means—that’s where the concentration is going to be.”

But with Congress now stepping in, Carson does not have to worry about any of that. His hand would be strengthened, since passage of he bill would make it illegal for HUD to use changes to local zoning as a condition for receiving federal funding.

Individual claims might still be filed against this municipality or that over zoning concerns, but the federal government would be kept from overseeing a massive regulatory program on zoning for every county and city in the country that accepts federal funds.

We’ve already seen what courts will do when given the opportunity to expand the administrative state. For example, in the 2007 case, Massachusetts v. EPA, the Supreme Court allowed the EPA to regulate carbon dioxide as a “harmful pollutant” under the Clean Air Act even though that law never even mentioned that gas.

That decision could be undone, however, by Congress passing law that clarifies that the Clean Air Act does not regulate carbon emissions.

Similarly, Congress can preempt future court actions on federal intervention into local zoning, but it has to register its opinion that the Fair Housing Act’s requirement to “affirmatively further fair housing” does not cover zoning.

The fact is, some houses cost more than others, some neighborhoods have higher taxes, and not everyone can afford to live in every community—not by design, but simply due to high demand for housing in certain areas.

That may lead to certain outcomes, such as pricing particular income brackets out of purchasing homes in more expensive communities. But that is not discriminatory. Real estate markets are volatile, and home values are very much subject to local economic conditions.

The government could waste all its time redrawing neighborhoods but would find that upon periodic review, some people moved somewhere else, affecting the demographic makeup of those communities.

Shifting economic conditions regionally, and periodic national recessions, affect the decisions of where people choose to live as employment opportunities move. This in turn will affect property values.

That may not be fair, but so what? It is not the government’s job to dictate economic outcomes.

That is why Carson should support Congress’ efforts to defund this regulation. There are other ways to “affirmatively further fair housing” under the Fair Housing Act without making every block grant offered by Washington, D.C. a cause for federal intrusion into local zoning.

Carson’s HUD has already taken the affirmative step of ending the federal government’s eight-year campaign against Westchester County, N.Y. over its zoning. Now, by working with Congress, Carson and the Trump administration can restore local control over zoning for the rest of the country—so that this never happens again.

Author: Romano is the vice president of Public Policy of Americans for Limited Government.