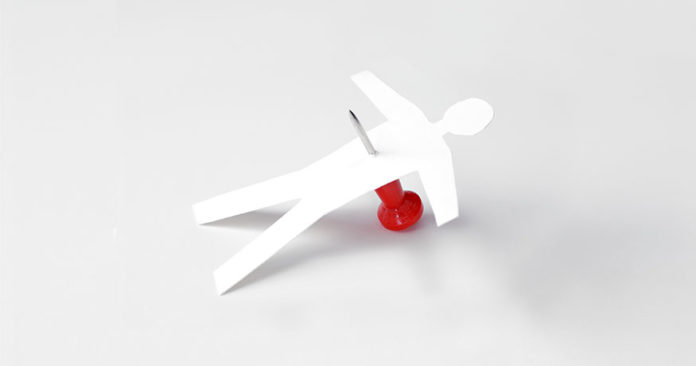 The answer is, it’s mixed. On the one hand, science has given us robust tools and powerful theories to quantify the key indicators of future career success, job performance, and leadership effectiveness. On the other hand, in the real world of work, organizational practices lag behind, with 40 percent of designated “HiPos”—high-potential employees—not doing well in the future and at least one-in-two leaders disappointing, derailing, or failing to drive high levels of engagement and team performance.

The main reason underlying this bleak state of affairs is that HiPo nominations are contaminated by organizational politics. To be more precise, there are six dynamics that prevent organizations from identifying, promoting, and developing the right people for leadership roles, namely:

The politics of intuition. The foremost reason for the failure of HiPo identification programs is that without science it is virtually impossible to assess potential. People love and trust their intuition, but when our evaluations are based on intuitive judgments, they are ripe for being led astray by biases and political undercurrents.

Most organizations rely on the leader’s subjective opinion to identify the relative potential of candidates, but leaders usually aren’t able to measure performance objectively, and even when they are, they tend to focus on past performance, which is not a good indicator of future performance when the context and role change. For instance, the majority of solid individual contributors—technical experts—are not good people managers, nor do they enjoy managing.

The politics of self-interest. Those in charge of spotting potential are usually more interested in their own careers than others’, and they tend to perceive a personal cost to promoting people who are a key asset, particularly when those people are better than the spotters.

For instance, Ben (not his real name) leads the R&D division of a private pharma business. He is data-driven and sets clear objectives for his team. However, when asked to nominate his rising stars he makes a conscious decision to exclude his top performer, Sophie.

Sophie is an extraordinary resource for Ben, but designating her as a HiPo would increase the likelihood that she takes on a more senior role and leaves his team— which may force Ben to do all the work himself. Furthermore, Ben rather enjoys Sophie’s company, so he doesn’t want her to leave—even if her replacement is equally productive, he will probably miss Sophie. And what if this promotion really helps Sophie’s career take off, to the point of eclipsing Ben’s?

The politics of avoidance. At times, politics may even drive managers to nominate faux-pos (fake HiPos) purely to avoid uncomfortable situations. For example, Jane is a midlevel manager in the marketing department of a large software firm. She is generally liked by her team, but she struggles to communicate critical or negative feedback to her reports. Jordan, an ambitious graphic designer on her team, is aware of Jane’s softness, and confronts her about a promotion and pay rise.

Although Jane is not particularly impressed with Jordan’s work—ranking him below some of her other reports—she does not want conflict, so she decides to grant Jordan what he requests and keep him happy. Unsurprisingly, Jordan’s colleagues regard him as manipulative and pushy, but they decide to not raise the issue in the hope that Jane appreciates their attitude and that their achievements speak for themselves. Sadly, their strategy is far less effective than Jordan’s, which causes more of Jane’s reports to bully her into a promotion.

The politics of favoritism. Leaders tend to have asymmetrical information on different employees, and this personal limitation is addressed simply by picking the more familiar candidate—after all, “better the devil you know.”

For example, Samantha was the HR business partner for the largest division of a food products giant. When Samantha was recommended for promotion to be the next head of HR for the business, opposition came from the regional general manager (GM), who said that since he was new to the region, he would need more time to “assess” Samantha’s potential and get to know her better. However, instead of taking the time to evaluate Samantha, the GM decided to nominate Mohan, the head of compliance who had worked with him for several years.

Sometimes, employees’ past achievements can be meaningless when they haven’t been followed closely by those in charge of judging potential.

The politics of ageism. While rarely discussed, age is also a factor underlying the politics of potential. For instance, most leaders are grappling with the process of identifying candidates who will lead digital initiatives. The founder of a diversified business group wanted to set up a division that would work across all the businesses on digital initiatives in India. All the other business units were headed by leaders in their fifties who had worked in the business for the last two decades or more. Many of them had started their careers with the founder and had proved their loyalty over the years.

The digital division was a strategic initiative recommended by the consulting firm that had worked with the business for the last year. They had recommended a panel of three leaders who had been in their early thirties. The conclusion was that it was best to hire “a more experienced leader” (someone also in their fifties) from outside since the internal candidates would probably not be accepted by the other business heads.

Of course, ageism can also go the other way. For example, if you are over 40, it is very unlikely that you’ll be considered for a HiPo program, and the rise of technology has made managers and leaders younger and less experienced.

The politics of gender. As PwC’s seminal “leaking pipeline” report shows, a large number of women quit when they are experienced, mid-career, and at the level of manager/senior manager.

Decision makers (usually male-dominated groups) often ignore female HiPos. A tech services company we know was planning to deprioritize its retail vertical, because it always made losses. The board suggested that they try a female leader instead. Within two years, Sarah turned retail into the fastest-growing and most profitable division. And yet the board still underestimated her contribution, saying that the situation was so bad before she started that it could only have improved, even by osmosis. Her colleagues trivialized her achievements by saying that women tend to excel in shopping and any shopping-related task but are not well-equipped for leading strategically.

A year later, when the new senior roles were announced, Sarah found her name missing from the list. Shortly afterward, she left the company and launched a successful retail store business as founder and CEO.

In short, the politics of potential can prevent organizations from upgrading their leadership talent and make data-driven decisions an anomaly rather than the norm.

Too many times we have seen the CEO’s favorite candidate be put through a formal assessment simply as a way of confirming a decision that has already been made in advance, not for merit. Helping the wrong people get to leadership roles is detrimental not only to those who have strong potential but also to the entire organization.

Authors: Tomas Chamorro-Premuzic is the CEO of Hogan Assessments, professor of business psychology at University College London and at Columbia University. His latest book is The Talent Delusion: Why Data, Not Intuition, Is the Key to Unlocking Human Potential.

Abhijit Bhaduri is author, columnist and management consultant. Bhaduri has held leadership positions at Microsoft, PepsiCo and Colgate. He has authored several business books, including Don’t Hire The Best.