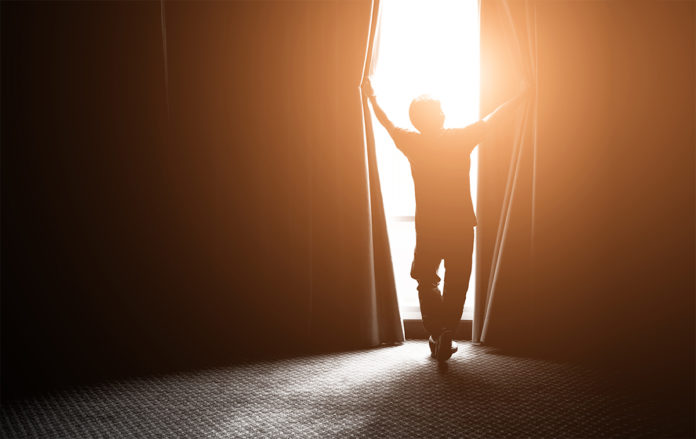 A couple of years back we learned at the Energy Summit that light not only regulates our circadian rhythm, sleep patterns, dopamine levels and more, but also that the quality of the light in our apartments (built environment) has a direct correlation to the health and well-being of our residents. For many years now, scientists have associated our exposure to light, or lack thereof, to Alzheimer’s and other debilitating diseases by its effect on the absorption of vitamin D and the regulation of dopamine and hormones.

I’ve personally known the correlation between light and health longer than that. I’d fly my grandmother from St. Louis to California every January because, like clockwork, she’d fall into the blues around the time the sun disappeared. It hadn’t been identified as SAD (seasonal affective disorder) quite yet, but it was a known condition in our lives.

The light-controls on the Dreamliner 787 are a case study for the importance of light to well-being. If you’ve never flown in one, prepare to be amazed at how well you feel when you deplane no matter how many time zones you’ve blasted through. The plastic sliding shades are gone. Instead an electrical current controls how much light is allowed in through the enlarged windows. I’ve always wanted to live in a place where light could be so absolutely controlled.

And here we are. Smart glass—better, cheaper and potentially a huge step forward for healthier apartments. Electrical engineers at the University of Delaware have developed a smart glass that is one-tenth the price of other versions. It is also more transparent in its clear state and more reflective in its opaque state than the competition. If this product is commercialized, curtains and blinds could be a thing of the past. More importantly, we would be able to create apartments that make residents feel better.