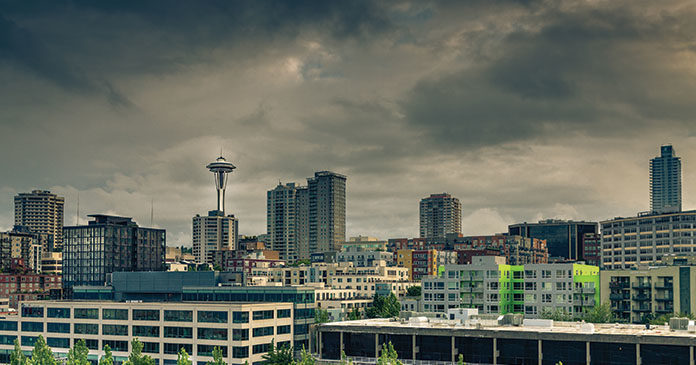 Seattle’s Fair Chance Housing Ordinance, passed by city council in 2017, forbids landlords from considering applicants’ criminal histories when selecting tenants. In other words, landlords cannot base a rental decision on concerns over their own safety or the safety of other tenants and neighbors. Violators face fines and penalties of up to $55,000.

“I just want the right to choose,” said Kelly, an artist whose living depends on renting out a second house. “I’m not opposed to renting to somebody with a criminal history. I just want to meet them and trust them.”

The lawsuit filed in King County Superior Court argues the ordinance violates the due process and free speech provisions of the Washington and U.S. Constitutions. It’s the same court where PLF successfully fought the city’s “first in time” rule that forced landlords to rent their property to the first qualified applicant. The March ruling said that choosing a tenant is “a fundamental attribute of property ownership.”

“Seattle can’t decide what landlords are allowed to know about potential tenants,” said PLF attorney Ethan Blevins. “Landlords have the right to protect themselves by asking basic questions about a potential tenant’s criminal history.”

PLF represents Kelly and the other landlords in Yim v. City of Seattle.

An artist by trade, Kelly Lyles earns a modest living as a small-scale landlord, renting out a second house she owns in the City of Seattle. Kelly has enjoyed a mutually beneficial and respectable relationship with her tenants for the past five years. But if they move out, new city laws give her little to no choice over the next occupants.

Seattle City Council has enacted a series of ordinances in recent years to purportedly curb subconscious racial bias among the city’s landlords. In doing so, however, the city has trampled on the constitutionally protected rights of landlords to rent their property—in a nondiscriminatory manner—to whomever they like and at whatever price is freely negotiated. That is, the Constitution protects a landlord’s right to choose his or her tenants.

Represented by PLF, Kelly, Chong and MariLyn Yim, and a number of other small-scale landlords are taking on the city, one ordinance at a time. The first lawsuit challenged the city’s “first in time” law that went on the books in 2016. The measure forced landlords to rent their property to the first qualified applicant—even if the landlord has good reason to select someone else. If the first applicant declines to rent the space, the landlord must continue down the list in chronological order.

On March 28, 2018, a trial judge handed victory to PLF’s clients, ruling the ordinance violates the landlords’ constitutionally protected choice to decide who to allow on their private property.

This means Kelly cannot base a rental decision on factors like personal safety or concerns about sex offenses or crimes against children. (Landlords can deny someone tenancy if they are on a sex offender registry for a crime committed as an adult, but only if they can prove to the Seattle Office for Civil Rights that they have a “legitimate business reason” for doing so.) She and the other small rental property owners whose livelihoods depend on steady rental income have the right to choose tenants they believe will be reliable and compatible.

As with the first lawsuit, these landlords argue the Fair Chance ordinance violates the due process and free speech provisions of the Washington State and U.S. Constitutions.

Government cannot decide what landlords are allowed to know about potential tenants. And landlords who enter into a long-term rental relationship have the right to protect themselves and their livelihoods by asking basic questions about an applicant’s criminal history.

Author: Ethan W. Blevins, esq. is a lawyer with the Pacific Legal Foundation