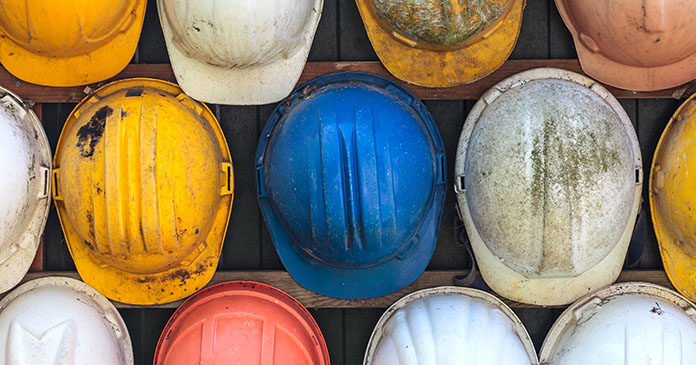 The Job Openings and Labor Turnover (JOLT) report for April was released by the Bureau of Labor Statistics this week. Its data on construction employment shows continued churning in that segment of the construction job market although the overall trend is for job growth.

There is also a recent blog post on the JOLT report for the job market segment which includes multifamily employment. It can be found here.

The first chart shows the turn over in the construction job market. Since the monthly data is volatile, it looks at the averages of the figures reported for the past three months.

Another difference in the construction labor market highlighted by this chart is the higher level of worker separations compared to other occupations. More on that in the next chart. 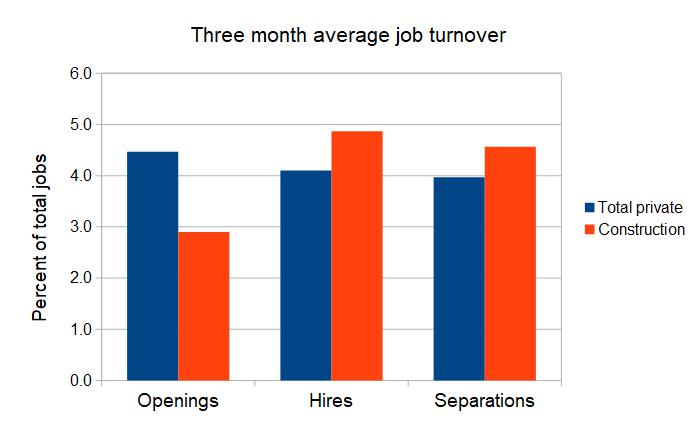 The second chart, below, shows the reasons for job separations in the construction industry compared to the reasons for all private sector employment. The striking thing about this chart is how layoffs and involuntary terminations drive job separations in construction. The business model in the industry seems to be to bring in people to work on a specific project and to let them go when the project is over. Since lots of hiring is going on all of the time, workers have an opportunity to catch on at some other project when they are let go. 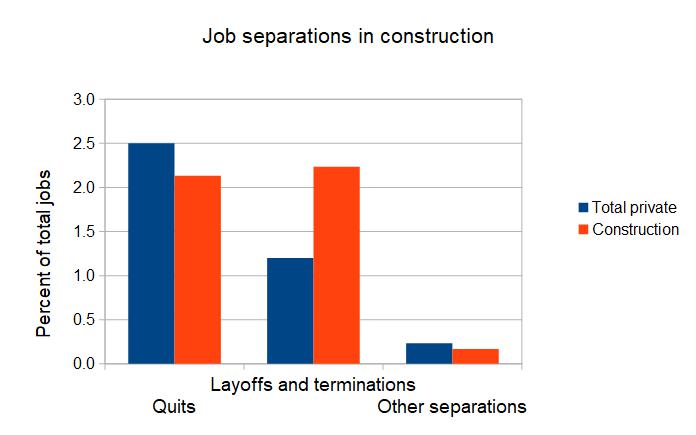 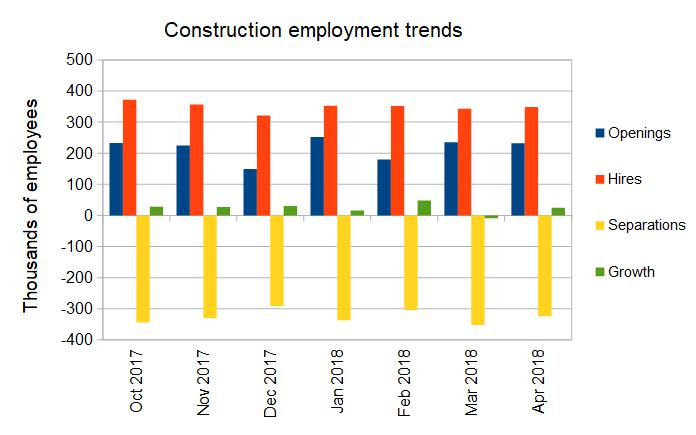