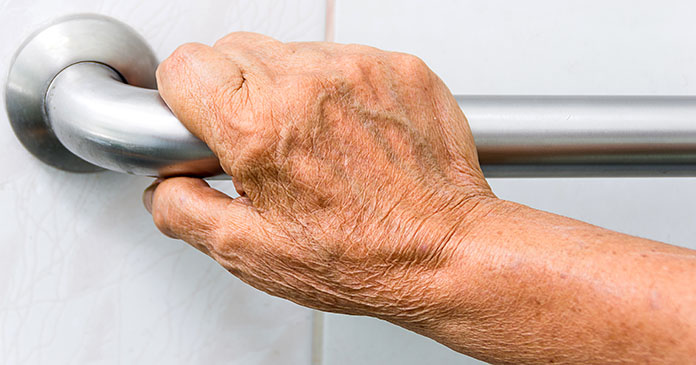 The U.S. Department of Housing and Urban Development announced today that it has reached a Conciliation/Voluntary Compliance Agreement with housing providers in San Diego, Sacramento and Oceanside, CA, settling allegations that they violated the Fair Housing Act and other laws when they refused to install grab bars in the showers of elderly tenants with disabilities and subsequently retaliated against them for making the requests. Read the agreement.

“The smallest accommodations mean a lot to individuals with disabilities,” said Anna María Farías, HUD’s Assistant Secretary for Fair Housing and Equal Opportunity. “We welcome today’s settlement and hope that it reminds housing providers everywhere of the importance of meeting their obligation to comply with the nation’s fair housing laws.”

The case came to HUD’s attention when a married couple with disabilities who live in a HUD-subsidized senior apartment complex filed a complaint alleging that the owner and property manager of the complex refused to install grab bars in their bathroom and subsequently retaliated against them for making the request. Specifically, the couple claimed that after they asked for the accommodation, they were issued a notice accusing them of having created a noise disturbance.  The housing providers denied discriminating against the couple but agreed to settle their complaint.

Under the terms of the settlement agreement, Mission Cove Seniors Housing Associates will pay $23,228 to the Legal Aid Society of San Diego, Inc. ($3,576 to cover the cost of legal services it provided and $19,652 for the complainants) and will rescind the noise complaint that was issued against the couple. In addition, ConAm Management agreed to notify all residents at the property that it will install grab bars in their bathrooms at no cost, and leasing and management staff who work with tenants at the complex and its regional portfolio manager who supervises the property will receive fair housing and reasonable accommodations training.