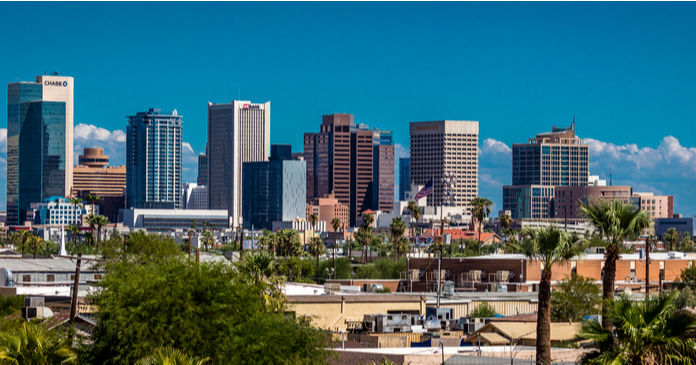 Yardi Matrix released its October report on the multifamily housing market. The report shows that the fundamentals of the market remain strong.

The report showed that the nationwide average rent was up $1 in the month of October to a level of $1476 per month. The modest increase is in keeping with the usual annual pattern where rents rise strongly in the spring and summer but stagnate during the rest of the year. On a year-over-year basis, rents were up by 3.2 percent, in line with recent performance.

For reference, the Bureau of Labor Statistics (BLS) reported that the all-items urban consumer price index (CPI-U) was up 1.8 percent on a year-over-year basis in October. The shelter portion of the CPI was up 3.3 percent in the last 12 months, trailing only medical care services (5.1 percent) for the fastest rate of growth for the major categories tracked. The BLS also reported that average hourly earnings of all employees on private non-farm payrolls in October were up 3.0 percent over the last 12 months. Average hours worked was unchanged.

Phoenix and Las Vegas continue to lead in rent growth

In the 12 months to July, Seattle had the highest percentage apartment completions compared to existing stock at 5.1 percent, followed by Denver at 4.4 percent. While the occupancy rate was unchanged in Denver over the last 12 months, it actually rose in Seattle from 95.4 percent to 95.8 percent over that time despite all of the new supply.

The dark side of rent growth

Every month, the Yardi Matrix report discusses some aspect of the multifamily housing market. This month it discussed the fact that the continued strong growth in rents has caused more renters to be cost-burdened, which has in turn caused more legislatures to consider passing some kind of rent control laws. While mentions were made of the new laws in Oregon and California, most of the discussion in the report was about the New York law, which is by far the most onerous.

The complete report discusses some of the smaller markets. It has additonal information about the larger markets including numbers on job growth, completions of new units and occupancy rates. It also includes charts showing the history of rent changes in 18 of the top 30 markets over the last 4 years. It can be found here.