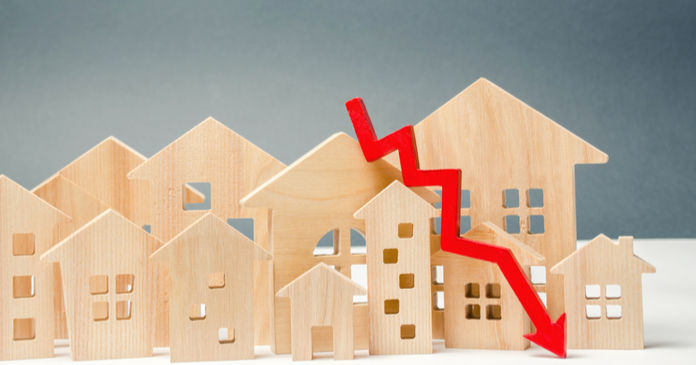 Yardi Matrix released its June 2020 report on the multifamily rental housing market. The report shows continuing softness in the market.

The nationwide average rent in June fell by $2 from its May level to $1457 per month. While this decline seems modest, it is occurring during a time of the year when multifamily housing rents are usually rising the fastest. This is the third monthly drop in a row, bringing the total of the declines since January to $12. On a year-over-year basis, the average rent change also turned negative with a decline of 0.4 percent.

For reference, the Bureau of Labor Statistics (BLS) reported that the all-items urban consumer price index (CPI-U) rose 0.6 percent on a year-over-year basis in June. The shelter portion of the CPI was up 2.4 percent in the last 12 months. The BLS also reported that average weekly earnings of all employees on private non-farm payrolls in June were up 5.3 percent over the last 12 months, although they were down 1.7 percent from May. The unemployment rate in June fell by 2.2 percentage points to a level of 11.1 percent, with non-farm payroll employment rising by 4.8 million during the month.

The report identifies major markets with the highest average annual rent growth as Phoenix (4.0 percent), Kansas City (3.5 percent), Indianapolis (3.1 percent) and Inland Empire (3.1 percent). The good news is that all of these rates of growth are up from those recorded last month.

The Yardi Matrix forecast for annual rent growth is now negative for all of the 30 top metros covered by the report. The metro now forecast to have the lowest rate of rent decline in 2020 is Orange County with a forecast fall of 0.5 percent. Rounding out the top 5 are Sacramento (-0.8 percent), Austin (-1.5 percent), Dallas (-2.1 percent) and San Antonio (-1.9 percent). At the bottom of the list are Las Vegas (-8.3 percent) and Seattle (-7.1 percent). There was a lot of re-ordering in this list from that presented last month, showing that the situation in these rental markets is fluid and is constantly being reassessed.

Assessing the impact on future supply

It is especially difficult to forecast future trends in the current situation since so much of what is happening is not being driven by economic fundamentals but rather is due to the decisions being made by politicians and by economists at the Federal Reserve. They will allow businesses to operate or they will shut them down. They will provide stimulus or not provide stimulus or provide stimulus but at a different level than before. Making predictions in this environment is certainly difficult but the intrepid folks at Yardi Matrix take a stab at it regardless.

Yardi Matrix expects that the pandemic and the reactions to it will reduce new supply of multifamily housing units to 280,000 in 2020. They also expect that it will further reduce deliveries in 2021 and 2022, although they do not quantify those reductions. The reductions will be caused both by the time required to move a property from planning to lease-up being lengthened and also by fewer multifamily housing projects currently being contemplated actually being built. While there are usually more permits pulled than there are projects actually built, Yardi Matrix expects the project attrition rate to more than double.

The benefit of the supply reduction to multifamily housing operators is that it will put less pressure on already-declining occupancy. Of the 30 large metros tracked in the report, 6 have seen occupancy fall by 100 basis points or more in the year to June.

The complete report discusses some of the smaller multifamily housing markets. It has more information about the larger markets including numbers on job growth, completions of new units and occupancy rates. It also includes charts showing the history of rent changes in 18 of the top 30 markets over the last 4 years. It can be found here.