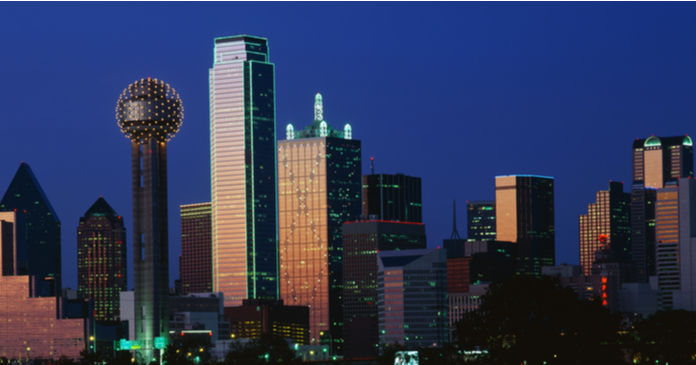 The nationwide average rent in July rose by $2 from its June level to $1460 per month. This rise reverses a series of monthly drops since February. On a year-over-year basis, average rents in July fell, with a decline of 0.3 percent.

For reference, the shelter portion of the CPI was up 2.4 percent in the 12 months to June. The Bureau of Labor Statistics will release the July figure on August 12.

The Yardi Matrix report focuses on the 30 largest metro areas and ranks them both by average rent growth over the last 12 months and also by rent growth in two sub-classes of apartments. These are the “renter by necessity” (RBN) class and the “lifestyle” (renter by choice) class. Because of the way the markets have been roiled by the different government responses to COVID-19, recent reports have also included data on month over month rent changes.

While Las Vegas did not make the list for cities with the highest year-over-year rent growth, it had the highest rate of rent growth from June. Rounding out the top five in this category are Inland Empire, Phoenix, Tampa and Denver.

Yardi Matrix presented an updated forecast for annual rent growth. Last month’s forecast was negative for all of the 30 top metros. The revised forecast now projects that 8 of the metros will have no growth or positive rent growth in 2020. Indianapolis is now projected to lead with rent growth of 1.4 percent. It is followed by Kansas City, Dallas, Inland Empire and Tampa. It is interesting to note that, of these cities, only Dallas was also projected to be in the top 5 for rent growth last month, indicating how rapidly a city’s prospects can change. Repeating as the city projected to have the largest decline in rents is Las Vegas (-5.4 percent), followed by San Jose (-4.0 percent).

Focus on the Lone Star State

What happens in the economy in the months ahead will be strongly influenced by what form any future help from the Federal Government takes. This is presently under negotiation in Washington. With this caveat, Yardi Matrix takes a stab at looking at the future of multifamily housing in Texas.

The report identifies a near term risk to the Texas market in the concentration of airline operations in the state. Both United and American Airlines have large workforces in the state and these are likely to be reduced in the near term. In addition, a lot of new supply has been added to the Texas markets recently, putting further pressure on occupancy. Houston is the major metro which perennially has the lowest occupancy and San Antonio is the metro with the greatest fall in occupancy over the last 12 months. Despite these headwinds, the report has a long-term positive outlook for the Texas markets given its business-friendly environment and relatively low costs.

A special note prefacing this month’s report states that Yardi Matrix derives the information it presents in its monthly reports without accessing the transactional data collected for the properties managed with Yardi software. However, when they checked their results against that data, they identified certain metros where there was a significant difference in the estimated occupancy rates. The metros were Manhattan, Chicago, San Francisco, Los Angeles and Miami. In each case, the occupancy rates determined with reference to the data from the Yardi PMS software was 3 to 4 percent lower than that measured using Yardi Martix’s usual methods.

The complete report discusses some of the smaller multifamily housing markets. It has more information about the larger markets including numbers on job growth, completions of new units and occupancy rates. It also includes charts showing the history of rent changes in 18 of the top 30 markets over the last 4 years. It can be found here.