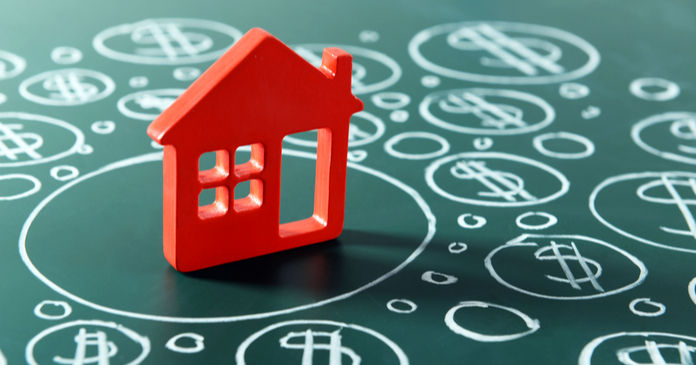 With COVID disrupting the economy, there is high interest in assessing how many renters are failing to make their rent payments. This article examines alternatives to the NMHC rent tracker.

Focus on the big guys

The NMHC rent tracker project has provided valuable information on how well residents have complied with their obligation to pay rent despite the economic disruptions caused by the response to the COVID-19 pandemic. However, NMHC gathers its data from properties which are using property management system (PMS) software supplied by the larger software suppliers to the industry. As a consequence, these tend to be properties managed by large, sophisticated companies and they may not represent the experience of the rental housing market as a whole. This market is highly fragmented with many small suppliers who manage only relatively few units.

One alternate source of rent payment data is Apartment List, which has been surveying a sample of 4000 people during the first week of the month. This survey encompasses both renters and owners, so it represents a much smaller sample size than does the NMHC report. However, it may be a sample that includes more renters who live at smaller multifamily properties or in single family rental homes.

Apartment List also reports on how much is owed by those behind on their rent. These results are shown in the following chart. 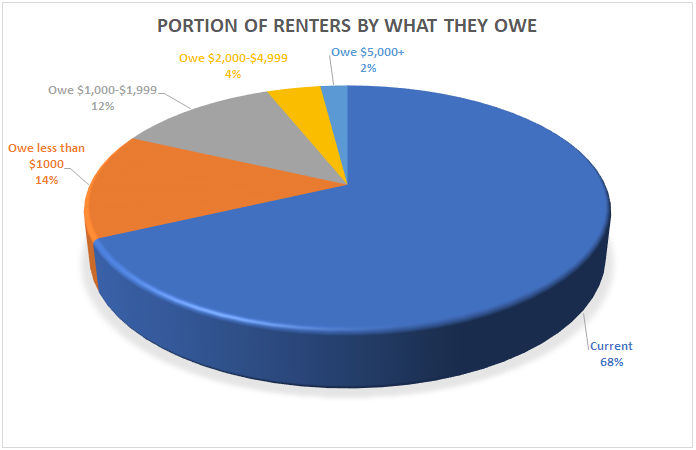 Another source of information is the weekly Pulse survey that the Census Bureau has been running to assess how the population of the country is reacting to the fallout from COVID-19. This survey asks a variety of questions about how the respondent is coping financially including questions about paying for housing. A difficulty in using this survey is that the results are presented based on the number of adults responding in a certain way, not on the number of households. When looking at housing, a view from the perspective of households would have made more sense.

Some of the greatest differences in Pulse survey responses between those who are current on their rent payments and those who are behind are summarized in the following table.

Clearly, those who are behind on their rent are under more financial duress than those who have paid their full rent.

Of those reporting that they are must pay rent, 73 percent reported moderate or high confidence that they would be able to pay next month’s rent.

While there have been reports of smaller landlord being disproportionately impacted by residents not paying their rent due to COVID-19, the data from Apartment List and from the Census Bureau seem to be in line with that collected from the large property management companies by the NMHC.