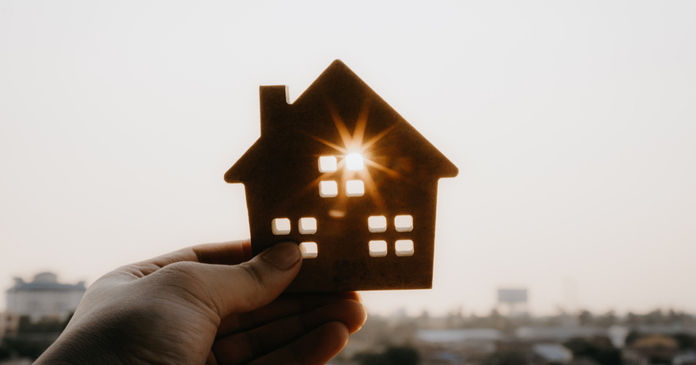 The latest Census Bureau report on housing vacancies shows that the rental housing vacancy rate in Q4 2020 was 6.5 percent, only 0.1 percent higher than the year-earlier rate.

The Census Bureau report on rental housing includes all rental housing, both single-family and multifamily. Taking both occupied and unoccupied rental units together, the report covers about 46 million housing units. 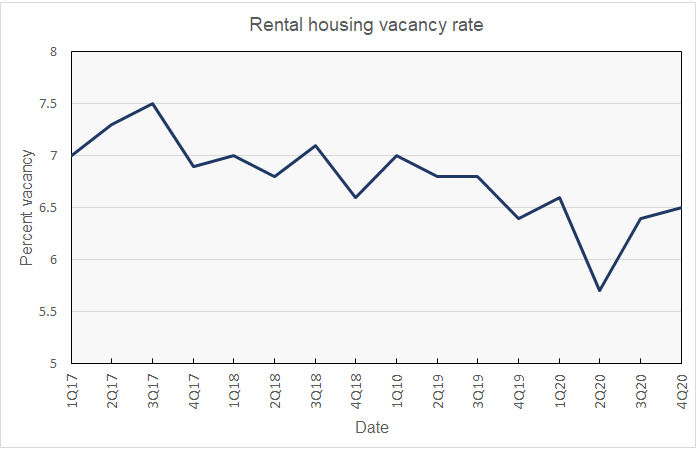 The Census Bureau provides a few alternate views into the vacancy data. One is by reporting the vacancy rates in three different types of regions. These are: within the principal cities of metropolitan statistical areas (MSAs), in the suburban regions of MSAs, and in areas outside of MSAs. There are 384 MSAs in the United States, with the smallest being Carson City, Nevada, with a population of under 60,000. The vacancy rates by the type of region are shown in the next chart, below. 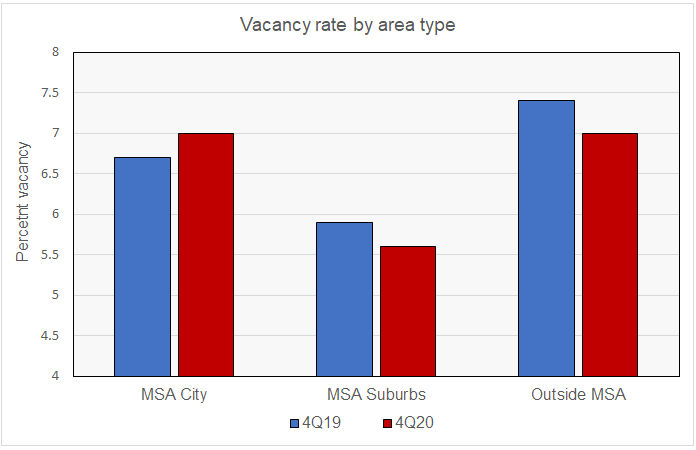 The chart shows that the rental housing vacancy rate has risen over the last year in the principal cities of the MSAs, while it has fallen in the both the suburbs and in the more rural areas. This supports the notion that renters are leaving the high-density urban core for lower density alternatives.

The rise in vacancies in the principal cities from 6.7 percent in Q4 2019 to 7.0 percent in Q4 2020 may not seem dramatic. However, while the major cities like New York, Los Angeles and San Francisco that have been reported to be suffering a significant loss in renter population are included in this category, so are many smaller cities which may have gained renters. The effect of including such a wide range of cities in this grouping is to balance out changes and to reduce the sharpness of the change in results. 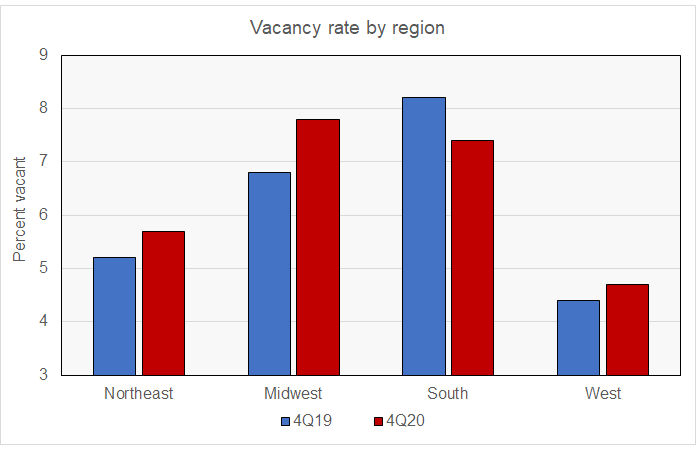 A word on pricing

Census reported that the median asking rent in Q4 2020 was $1,190 per unit. This is up from a median asking rent of $1,005 reported in Q4 2019, an 18 percent jump in a year. While asking rents are not contracted rents or effective rents after concessions, the size of this jump is both remarkably high and also inconsistent with other reports. The explanation for this may be in the final chart below. The chart shows the distribution of units being offered for rent by the asking rent. 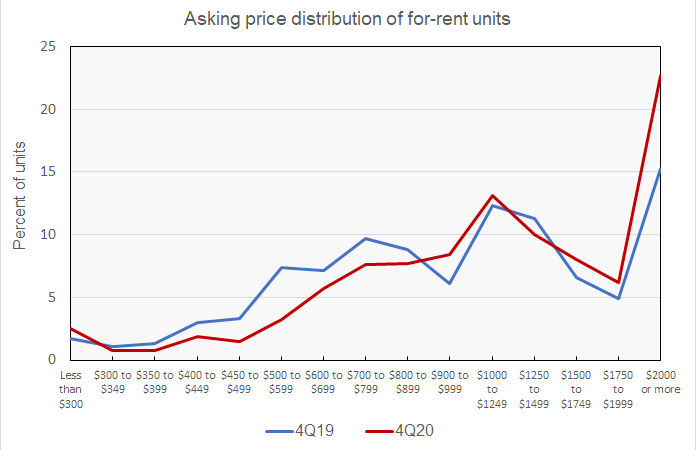 The rental vacancy report is issued quarterly. The next report will be released in late April.