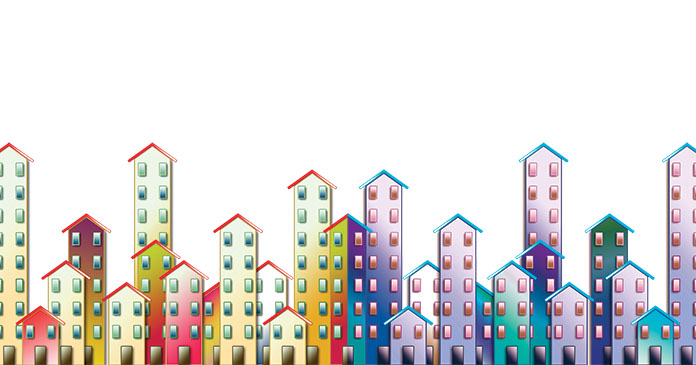 In New York City, hundreds of public housing residents live in buildings where the elevators don’t work—like Building Four at The Bay View Houses, a public housing project in the Canarsie neighborhood of Brooklyn. All of the elevators in the 70-unit tower were broken as of January 22.

Other NYCHA residents still go without heat and hot water as managers struggle to repair aging systems and keep them running.

But it’s not just New York City. Across the U.S. every year, thousands of public housing apartments become uninhabitable—often because the housing authorities that manage them don’t have the money to make basic repairs.

“The main problem that underlies all the other problems is the lack of funding,” says Adrianne Todman, CEO of the National Association of Housing and Redevelopment Officials (NAHRO), based in Washington, D.C. “Absent of these resources, properties will continue to decay.”

Now—with a new President and a new Congress—the portfolio may be on the brink of major change. Congress is considering a major $70 billion investment in public housing. Housing authorities are also using the growing Rental Assistance Demonstration (RAD) program offered by the Department of Housing and Urban Development (HUD) to stabilize and recapitalize sometimes crumbling public housing buildings.

How big is the problem?

The nation’s 1.1 million units of public housing have been relentlessly starved for cash, according to housing advocates. In many cases, housing authorities haven’t had enough money to complete basic repairs like replacing roofs, boilers and elevators.

Housing authorities should have received between $4.6 billion and $5.1 billion every year since 2011 in contributions to HUD’s public housing operating fund, according to HUD’s own estimates of what housing authorities need. Instead, for most of those years, the operating funds allocated by Congress have fallen short by an average of roughly half-a-billion dollars per year, according to NAHRO.

By 2020, the list of repairs needed at public housing properties across the U.S. added up $70 billion, according to NAHRO.

Congress has been slightly more generous to public housing properties over the last two years, even though the Administration of President Donald Trump proposed cutting the capital funding for public housing to zero several times.

“We at least need to fully fund that public housing formula,” says NAHRO’s Todman. “In the last two years or so, Congress has recognized that.” Lawmakers also no longer have to comply with strict limits on spending created by Congress’ sequestration law, created in the budget battles of 2013.

“NYCHA is as big as the city of Miami—it has 400,000 residents,” says Fee. “The repairs needed in New York City are really significant.”

The thousands of residents still living without heat and hot water in NYCHA buildings. That included 22 NYCHA properties in the last week of 2020, though the scales of the failures changes from week to week, and technicians hurry to patch aging boilers. That’s a huge improvement from October 2018, when as many as four-out-of-five NYCHA residents lost heat or hot water. Many of those outages continued into the freezing winter.

“Seniors are living without heat, children in public housing suffer from asthma, and families are exposed to toxic lead,” says Rep. Nydia M. Velázquez (D-N.Y.). “It has devolved into a man-made health crisis for working families and our most vulnerable neighbors.”

NYCHA agreed to operate under a federal monitor since 2018, when the authority settled a federal lawsuit over its failure to comply with lead paint safety regulations and provide “decent, safe and sanitary” housing. Since then, new leadership and some local and state funding are helping the authority manage its problems. “So far it does seem to be doing much better,” says Fee.

However, NYCHA still has tens of thousands of very old apartments—and many still need to replace major building systems like roofs and boilers that can only be patched up for so long before they break down.

In many older cities like Chicago, Philadelphia and Boston, the housing authorities also had huge portfolios of public housing that had been damaged by years of disinvestment and neglect. Many of these crumbling apartments were redeveloped in the 1990s and 2000s under federal programs to revitalize public housing.

“So many cities have fully converted or demolished their public housing under other programs,” says Fee. “New York City didn’t take advantage of some of the HUD programs.”

More than a decade after many opened, these apartments properties seem to still be operating relatively well, avoiding the kinds of failures that make negative news headlines. “Hope VI properties in a much better position than those properties that need an upgrade,” says PHADA’s Kaiser. “They don’t seem to be suffering systemic failure.”

Between 1993 and 2010, housing authorities partnered with private developers and investors to redevelop distressed public housing apartments in some of the nation’s most notorious housing developments. The HOPE VI program demolished 98,592 public housing units and replaced them with 97,389 mixed-income units, according to HUD. That includes 55,318 units of public housing, in addition to a mix of other affordable housing and apartments with no restrictions on how high the rents can rise.

These mixed-income properties have been able to keep their apartments occupied, and use their more expensive apartments to help make up for the shortage of public housing funding.

“Generally speaking they have been successful,” says Milton Pratt, executive vice president with Michaels Development Co., an affordable housing provider based in Marlton, N.J. “Some are doing much, much better than what we had forecast.”

These successful redevelopments show that public housing properties can be preserved, according to public housing advocates. “We have achieved proof of concept,” says Sunia Zaterman, executive director of the Council of Large Public Housing Authorities (CLPHA), based in Washington, D.C.

The nation’s public housing may be on the brink of major change.

“We are at a crossroads,” says Zaterman. “We could have the portfolio totally recapitalized in 10 years.”

That giant goal may be attainable. Lawmakers in Congress have proposed budgeting $70 billion to repair distressed public housing—enough to fix the most urgent capital needs. Under the proposal, $32 billion would flow to NYCHA.

Housing authorities are also bringing more dependable funding and new money for renovations to public housing properties across that U.S. through the federal Rental Assistance Demonstration (RAD). The RAD program currently has the capacity to stabilize and help recapitalize more than a third of the 1.1 million public housing units in the U.S. And it could be expanded to cover even more of the public housing portfolio.

Public housing advocates hope a significant investment can make up for years of underfunding and neglect.

Congress already has a plan to simply pour $70 billion into the public housing capital fund to pay to fix the repairs that need to be done. In the last Congress, Rep. Nydia M. Velázquez (D-NY) introduced the Public Housing Emergency Response Act on October 3.  The House passed another version of the $70-billion plan as part of an infrastructure package also in 2020. Senator Elizabeth Warren (D-Mass.) introduced a similar bill in the Senate.

After the 2020 election, the Democratic Party, a traditional friend of public housing, controls the White House and the House of Representatives and also holds a thin majority in the U.S. Senate.

Advocates expect lawmakers to propose fresh versions of these bills in the new Congress. “Rep. Velázquez has introduced this bill before—but we are more hopeful this time,” says Rachel Fee, executive director of the New York Housing Conference.

However it’s not a sure thing that even if the new Congress makes a significant investment in housing, that public housing will necessarily benefit. “Within housing there are so many competing interests,” says Fee.

About two years ago, Congress expanded RAD to potentially convert up to 455,000 units of public housing in its fiscal year 2018 omnibus appropriations bill. That’s more than a third of HUD’s public housing units—and a major shift in how HUD administers housing assistance, says Cadik.

About 165,000 units of public housing had been preserved, improved or replaced through the RAD program since it began in 2012 through the end of 2020 . The renovation and redevelopment work on these projects has totaled $10 billion. That works out to an average of $60,000 in construction investment per unit.

In Southern states Mississippi, Tennessee, Georgia and North Carolina, housing authorities have already converted and recapitalized over a quarter of their public housing units through RAD, according to HUD.

It’s a more fundamental change than one might think. Sec. 8 provide a more predictable stream of funding than the money HUD and Congress provides—or often fails to provide—to pay to operate public housing.

Public housing properties that go through RAD conversions are also allowed to raise money to renovate by partnering with organizations other than HUD. Many take out large, permanent mortgages from national banks based on their newly-dependable Sec. 8 subsidies. Many raise even more money from other housing programs like federal low-income housing tax credits (LIHTCs) that can help pay to repair and rehabilitate the buildings.

Partnerships like these are common for properties that receive project-based Sec. 8 subsidies. They help guarantee that Congress will provide the Sec. 8 money it has promised to these properties. Bank lenders and the equity investors who buy LIHTCs are likely to protest if Congress attempts to cut the funding.

“We have never seen a [Sec. 8] project-based rental assistance contract that has been pro-rated like public housing,” says CLPHA’s Zaterman. The Sec. 8 program is also subject to far fewer regulations and reporting requirements than the public housing program.

However, the RAD program alone cannot solve all of the problems in the public housing portfolio.

Many public housing properties have deferred maintenance that will cost much more money to repair than can be raised by taking out a loan based on the converted property’s newly-dependable stream of subsidy. But the main source of capital to redevelop affordable housing properties, the LIHTC program, only has limited resources.

“With the LIHTC providing a considerable share of the financing for these conversions, there will be tremendous pressure on an already oversubscribed program,” says Emily Cadik, executive director of the Affordable Housing Tax Credit Coalition, based in Washington, D.C. “That provides yet another reason that the Housing Credit should be expanded.”