Fighting climate change is at the forefront of President Joseph Biden’s $2 trillion renewable energy plan. While legislation will be required to fully implement the plan, he is expected to begin with a whirlwind of executive orders aimed at reinstating environmental measures put into place by the Obama Administration and rolled back by the Trump Administration.

Biden’s goals include reducing the carbon footprint of the nation’s buildings 50 percent by 2035 and achieving economy-wide net zero emissions by 2050 by focusing on wind, solar and geothermal electricity generation. He is also expected to continue the small modular nuclear reactor program that began under Obama’s administration and continued under the Trump administration.

Biden has pledged to reign in methane pollution limits for new and existing oil and gas operations, ban new oil and gas leasing on public lands and water, and plug abandoned fossil fuel wells, while reclaiming the nation’s mines.

Biden’s weatherization goal could create 109,860 jobs, generate $14 billion in economic activity, and reduce annual emissions by 6.6 million metric tons by 2025, according to analysis by Carbon Switch, an energy startup launched by founder and head of research Michael Thomas. Carbon Switch helps homeowners understand the carbon footprint of their home and identify ways to cut energy usage. The weatherization plan also would reduce the utility bills of two million Americans by $606 per year at a cost of $7,000 per home, said Carbon Switch.

Biden plans to work with the governors and mayors of each state to create incentives for building retrofits combining electrification, efficiency and on-site clean power generation. 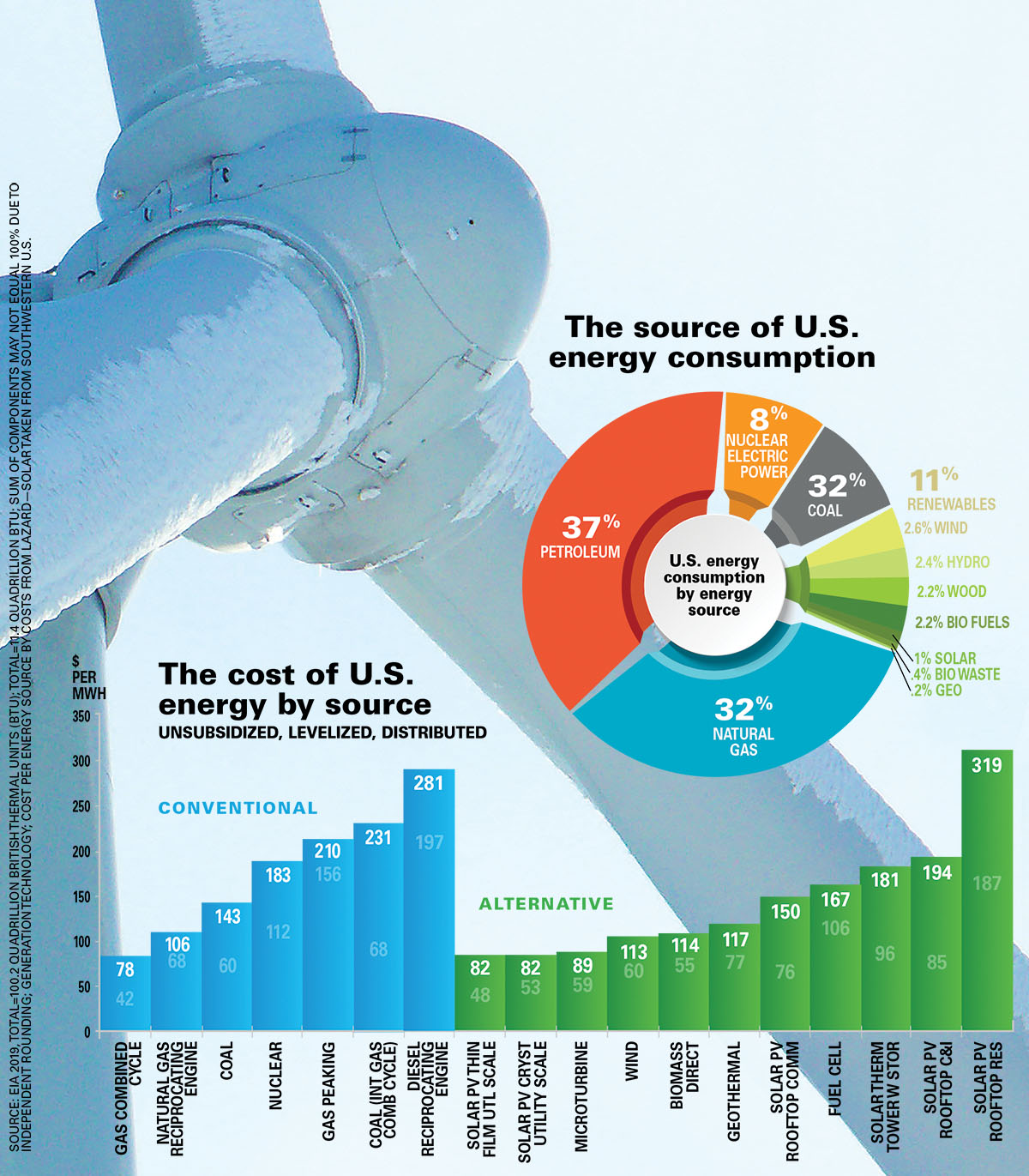 Although Biden has not specifically embraced all the tenets of a Green New Deal, he has pledged to include policies that mitigate climate change among his top priorities.

“On January 20, following his swearing in as president, Biden will sign the Paris Climate Accord, marking a significant shift in policy, as the U.S. rejoins the industrialized nations in addressing the global threat of climate change,” said Eileen Lee, Ph.D., V.P. Energy and Environmental Policy for the National Multifamily Housing Council (NMHC).

Lee thinks Biden’s clean energy path will somewhat parallel the course set in California by Governor Gavin Newsom, who last September signed an executive order banning all sales of new gasoline powered vehicles beginning in 2035 and is moving forward on light-rail and an electric powered bullet train. The state is also at the vanguard of a move away from natural gas-powered buildings.

“With climate change, states have taken different roles, none more seriously than California, which is on the front lines of the struggle with climate-related disasters like fires and coastal erosion. A number of states, including New York, Washington, Oregon and California, for instance, expect to have 100 percent carbon free power grids by 2045,” said Lee.

The California power grid has also been plagued with brown-outs and black-outs. The Biden administration will have to plan carefully in order to avoid taking these problems nation-wide.

NMHC has been informing its members about these issues for the past couple of years by adding resiliency session to its annual meetings.

Lee says that property insurance is a top-tier issue for the NMHC membership as spiraling premiums reflect the increased costs of climate-mediated events.

Insurance pricing as of last October is on average around 15 to 25 percent higher than the previous year and isn’t expected to get any better.

“Today, there is no shopping around for a better deal—climate change has already been priced into insurance and resiliency is widely viewed as a matter of financial risk management,” she said.

Biden will remove Trump-era tariffs on solar panels and could extend expiring tax credits applicable for solar, wind and other renewable energy projects. He has also shown interest in restoring the full electric vehicle tax credit that targets middle-class consumers.

Following the lead of the Golden State, Biden has pledged to add more than 500,000 electric vehicle charging stations nationwide and electrify and expand light- and high-speed rail lines across the country.

Lee advises, “If you are planning to break ground on a project you would do well to think about electric vehicle charging stations. We are on the tipping point right now. Detroit is already on board and we will see the change-over very quickly.”

As part of his Trump-era rollbacks, Biden could reinstitute many of the Obama Administration’s appliance efficiency standard upgrades—more than 40 between 2008 and 2016—like Obama’s 2016 plan to upgrade lighting efficiency that Trump eliminated. A study by the American Council for an Energy-Efficient Economy found that emissions could be cut by 3.5 billion metric tons by 2050 if all those appliance standards are reinstated.

“Trump made deregulation a hallmark of his administration and a lot of those were ill conceived from the standpoint of resource conservation and the ability of domestic manufacturers being able to meet new performance standards. Light bulbs for instance —domestic manufacturers had already found a way to make more efficient and competitive light bulb products and then had the rug pulled out from under them with the withdrawal of the efficiency standard, so we are going to see some of those appliance standards reinstated. Also expect to see renewed attention to water efficient plumbing fixtures and treatment as water conservation becomes increasingly important to the industry and the communities it serves,” she said.

Lee believes a move to electric-powered buildings is looming on the horizon.

“The idea of gas-fired appliances in units is not a long-term proposition,” she said, despite a NMHC survey on preference where respondents said they preferred gas ranges over electric.

A number of cities in the U.S. have banned natural gas in new buildings, beginning with Berkeley, California, in June of last year and followed in the state by other Northern California towns. In November, Brookline, Massachusetts, on the East Coast also banned gas hook-ups in new construction.

“A mandate on utilities is clear on the frontline to decarbonize the grid. We’ve already seen the move to conservation pricing with HVAC systems that can respond to demand side management so residents can cut back power consumption while taking management of their usage out of the control of the property owner. Smart buildings will continue to move in that direction,” said Lee.

Biden will have to confront the nation’s lack of affordable housing, a challenge that the public health crisis has put into stark relief.

“We already knew housing affordability was a huge issue and the challenge will be to make more housing available that people can afford. So multifamily developers are going to be putting that lens on their efforts in determining what technologies are cost effective and where they can be incorporated,” said Lee.

She also acknowledges that incentives will be needed to make these changes affordable for developers.

“NMHC spends a lot of time on this because we understand that up-front costs drive the process. As an example, the COVID-19 relief package that just got passed at the end of the year included two building energy tax credits that NMHC worked on—one that affects low-rise buildings and one that affects high-rise construction. In the bill are meaningful incentives for developers retrofitting or building new high-rises and incentives for new low-rise construction. In this new Congress, NMHC will be advocating for policies to help build more affordable housing and incentives targeted to retrofit existing buildings to be more energy efficient,” she said.

“Consideration was given in the big infrastructure bill (H.R. 2, the Moving Forward Act 2020) that the House passed last year that included a lot about multifamily, sustainable multifamily and transit-oriented development so I think there will be traction round that. It’s part of the energy plan, but a shade off of it because much will happen through the infrastructure bill, wherein the House has said that both affordable housing and broadband are to be considered infrastructure. We were talking about this before the COVID-19 pandemic, but now it’s absolutely essential, said Lee. 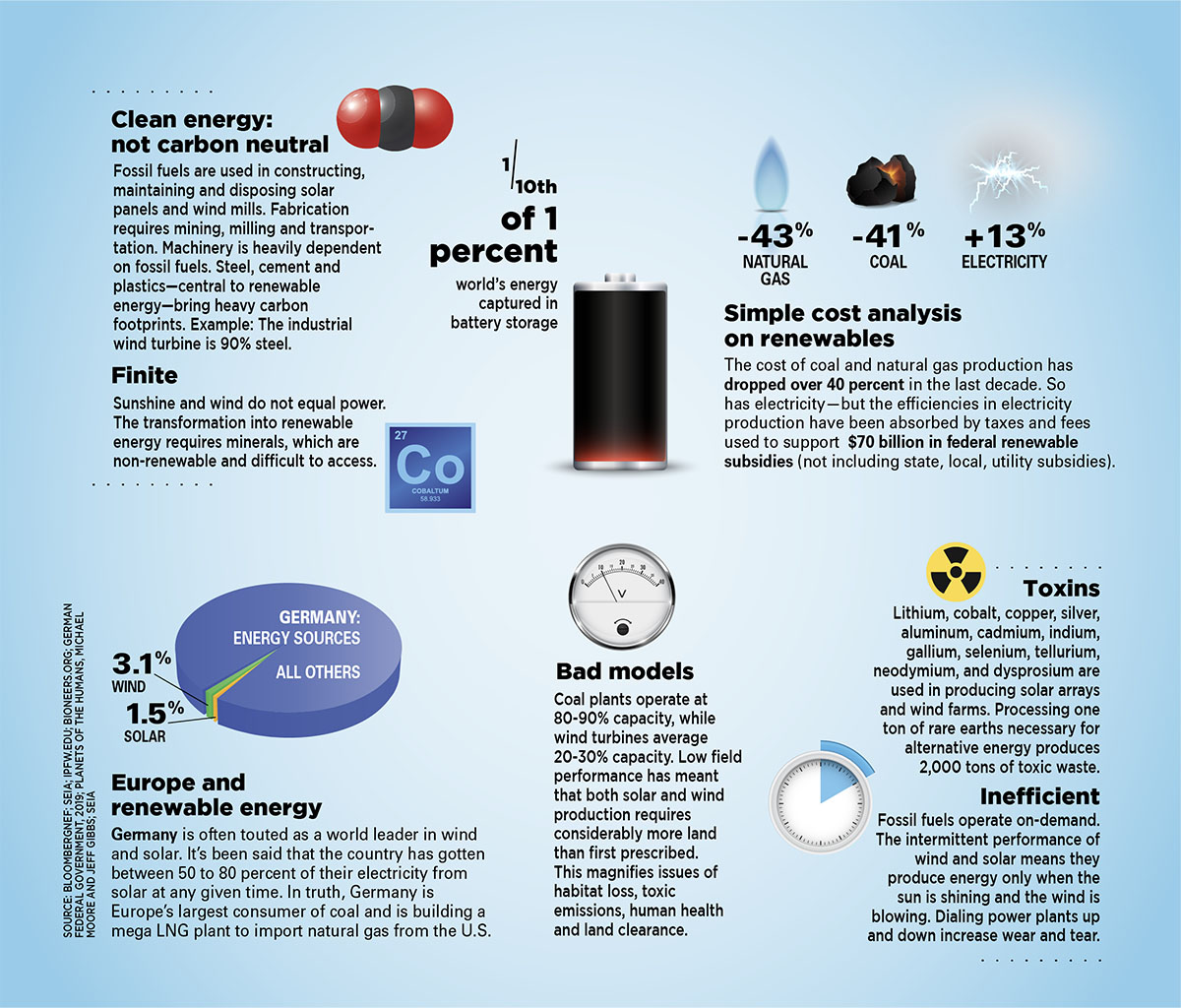 While the Democrat majority in both the House and Senate gives Biden’s program a boost, anything that advances the Green New Deal will require more than a slim majority as long as the filibuster remains in place and likely would require the full support of the Senate Democratic Caucus. Over the past year, Biden has waffled on whether he opposes or is open to eliminating the filibuster, which requires 60 votes to pass legislation in the Senate.

But Carbon Switch analysts said there are a number of opportunities in the building sector to cut emissions that do not require a congressional bill.

Carbon Switch points out that Biden can use executive orders to reverse Trump’s regulatory policies and restore environmental protections. He can renew efforts to reestablish stalled offshore wind projects and commit to American-made battery technology for use in electric vehicles and the grid, and build new battery storage and transmission infrastructure.

As already noted, some of the nation’s utilities are phasing out fossil fuel-based power generation in new construction and current market conditions are forcing a number of oil and gas companies to transition to renewables. For instance, share prices of Chevron and Exxon-Mobil have declined as a result of demand reduction and other pressures of the marketplace.

Another option would be to offer tax incentives for clean energy through budget reconciliation, which would enable those budget items to bypass a filibuster.

Meanwhile, some in the multifamily industry remain cautiously optimistic as the country turns the page on the Trump era.

“I think the overall sense of the industry around the incoming Biden administration is a willingness to move the country forward and address our problems,” said Lee.

The NREL model assumes no change in the grid’s carbon intensity. The grid is likely to continue to become less carbon intense as utilities retire coal plants and build renewable capacity, but any emissions reductions from a cleaner grid wouldn’t be attributed to weatherizations.

Of course, it’s theoretically possible to cut building sector emissions by 50 percent without any improvements in energy efficiency, but this would make an already massive task of transitioning America’s grid to 100 percent renewables even harder. Most experts agree that the path to zero emissions will require cleaning up the grid and improving building efficiency.