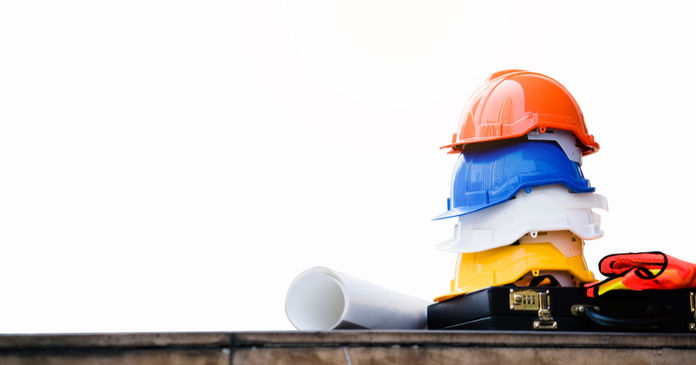 The Bureau of Labor Statistics (BLS) recently released the Job Openings and Labor Turnover (JOLT) report for February. It shows that the labor market took a step back in that month.

Looking at the churn

The first chart, below, shows the employment situation for the construction jobs market over the last 25 months. The chart shows the huge surge in separations in March and April of 2020 as the COVID inspired lockdowns swept through the economy. Hiring jumped in May as construction restarted in many areas of the country. Job growth remained positive over the next 8 months with employment gains nearly making up for the job losses from March and April. However, job growth turned negative in February as hiring remained steady but separations increased. 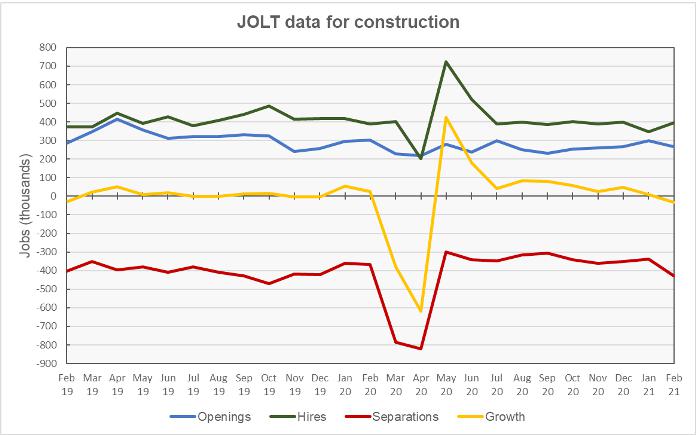 Separations can be involuntary (layoffs), voluntary (quits) or other (retirements and transfers). Usually, layoffs comprise around 50 percent of construction separations. In April 2020, layoffs were 87 percent of separations.

The second chart, below, shows the employment situation for the real estate and rental and leasing (RERL) jobs category. The chart shows that employment in this category did not recover nearly as well from the March-April job losses as did the construction jobs category. In fact, as of January 2021, 35 percent of the jobs lost in the RERL category had not been recovered, compared to only 5 percent of the construction jobs. 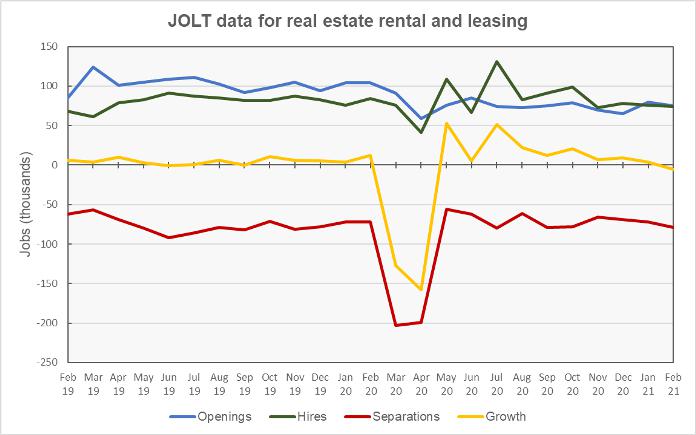 The rise in separations was caused by a jump in the number of employees quitting their jobs. Quits were 45 percent above their trailing 6-month average while layoffs were 23 percent below their trailing 6-month average. Layoffs represented only 25 percent of separations for the month. The relatively high number of quits may indicate that employees are gaining confidence to seek new opportunities as other organizations staff up to handle the spring and summer “leasing season”.