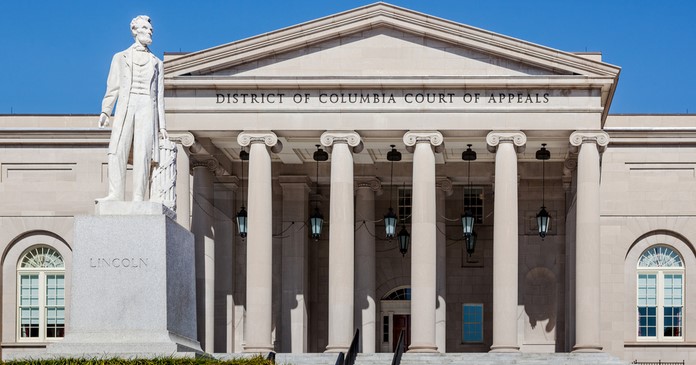 On June 2, a ruling by a three judge panel of the U.S. Court of Appeals for the D.C. Circuit effectively kept the Centers for Disease Control’s (CDC) nationwide eviction moratorium in place despite rulings by lower courts that said the CDC had exceeded its authority in imposing it.

To stay or not to stay?

On May 5, federal judge Dabney Friedrich, a Trump appointee, ruled in the case of Alabama Association of Realtors v. U.S. Department of Health and Human Services (HHS) that the CDC cannot enforce its eviction moratorium. However, Friedrich issued a stay of her ruling pending appeal by the government. The case before the D.C. Circuit Court was an attempt by landlords to have the stay lifted so that evictions could proceed. The court’s ruling left the stay in place.

While the CDC’s eviction moratorium is currently scheduled to expire at the end of June, it has been repeatedly extended in the past and there is no guarantee that it will not be extended again.

The panel of judges, who are all Obama appointees, wrote, “HHS has demonstrated that lifting the national moratorium will exacerbate the significant public health risks identified by the CDC because, even with increased vaccinations, COVID-19 continues to spread and infect persons, and new variants are emerging”. The panel also wrote, “The moratorium was tailored to the necessity that prompted it,” and that HHS “carefully targeted it to the subset of evictions it determined to be necessary to curb the spread of the deadly and quickly spreading Covid-19 pandemic.”

The panel’s refusal to lift the stay means that they think that the landlords seeking to overturn the moratorium are unlikely to win their case on appeal.

The CDC’s eviction moratorium comes with limitations. The renters seeking its protection have to declare under penalty of perjury that they had made their best efforts to obtain governmental assistance in paying their rent, that their inability to pay their rent was due to substantial loss of income or medical expenses, that they had made their best efforts to make partial rent payments and that eviction would leave them homeless or forced to live in close quarters with others. The moratorium also has income limits on the renters to whom it applies.

The ruling comes at a time when the Census Bureau’s Pulse survey has found a declining number of renters are delinquent on their rent.