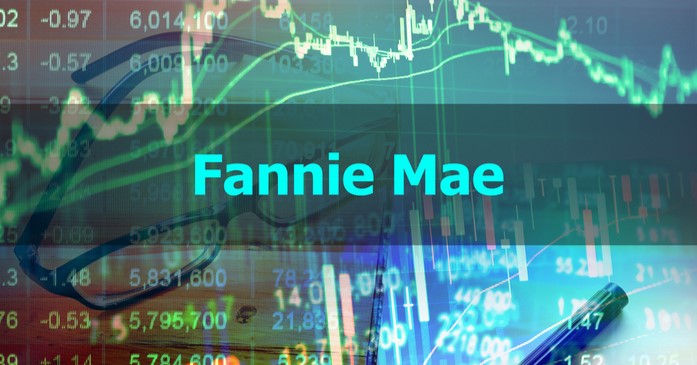 Fannie Mae’s July economic and housing forecast projects a flattening of the GDP growth curve in 2021, with lower growth in Q2 but higher growth in Q3 and Q4 than projected in earlier forecasts. The forecast for multifamily housing starts was also revised slightly upward for late 2021. 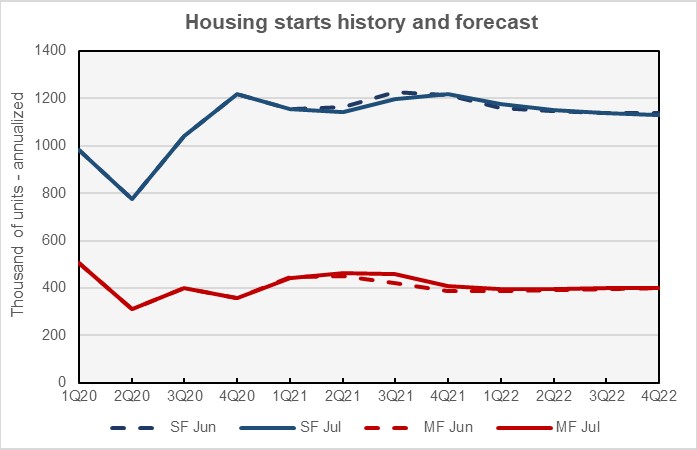 Since Fannie Mae releases its forecast reports monthly, the changes from one report to the next are generally small. However, in last month’s report, Fannie made significant changes to their inflation forecasts in response to the jump in prices seen in reports from the BLS. In this month’s report, the forecast with the largest change is that for GDP growth. This is shown along with forecasts for unemployment and inflation in the second chart, below. 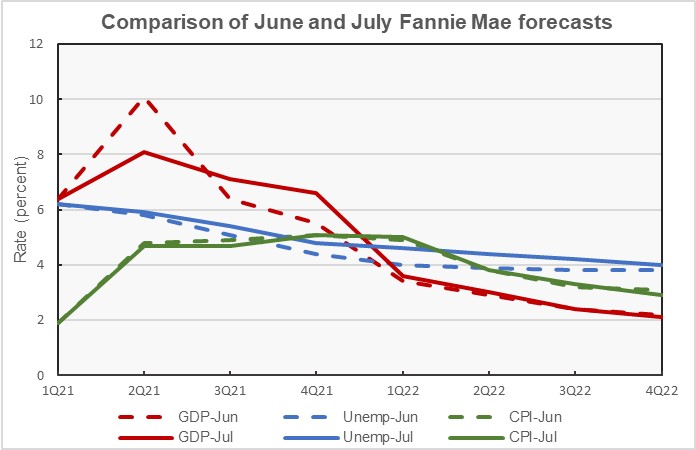 After significantly revising its inflation forecast higher in last month’s report, the inflation forecast was adjusted only modestly in the latest report. Fannie’s forecast made small adjustments to the quarterly figures but the forecast for the year 2021 as-a-whole remained unchanged at 5.1 percent. The forecast for 2022 was revised downward by 0.2 percent to a rate of 2.9 percent.

Fannie Mae’s Multifamily Market Commentary discussed the outlook for multifamily housing. They expect that new supply will outpace demand in 2021 but that supply and demand will become closer to balance in 2022 and 2023, and then shift to demand outpacing supply in 2024. As has been reported elsewhere, they note that recent rent growth has been strong and that rent growth in high-end product has exceeded that in lower-end product recently. Concessions have been dropping lately and lease signings are up, both signs of strength in the multifamily market. Fannie Mae expects that cap rates will remain in the 4.75-5.25 percent range for the rest of 2021.