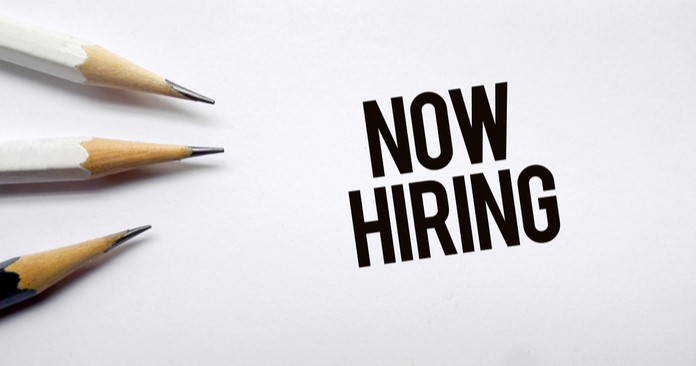 The Bureau of Labor Statistics (BLS) recently released its Job Openings and Labor Turnover (JOLT) report for June. The report set a series record for the highest number of job openings, easily exceeding the previous high set in April. 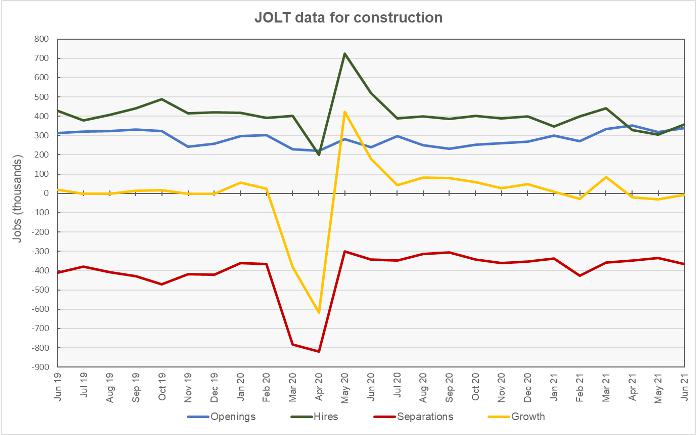 Separations rose by 9 percent in June to 365,000 jobs. Both layoffs and quits rose by double-digit percentages. “Other separations” which includes retirements and transfers, were down by 47 percent, but they represent a small portion of all separations. Quits represented just under 50 percent of separations for the month.

The last chart, below, shows the employment situation for the real estate and rental and leasing (RERL) jobs category. Employment growth in this jobs category was again positive in June, extending the string of job gains to 4 months in a row. 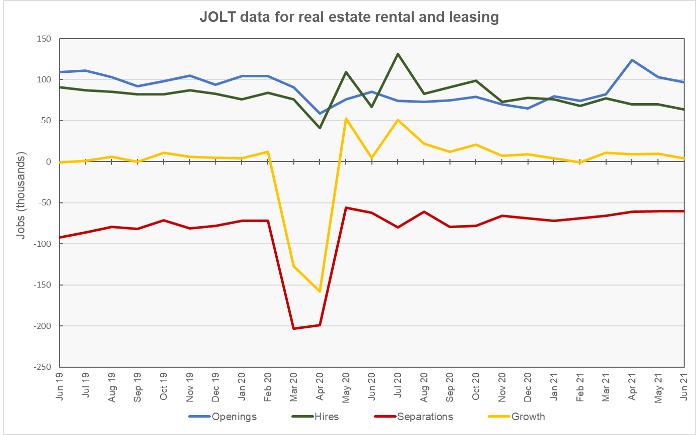 Separations in June were unchanged at 61,000 jobs. Quits were up 37 percent in June. They represented 92 percent of total separations as layoffs fell 74 percent to only 5,000 jobs.