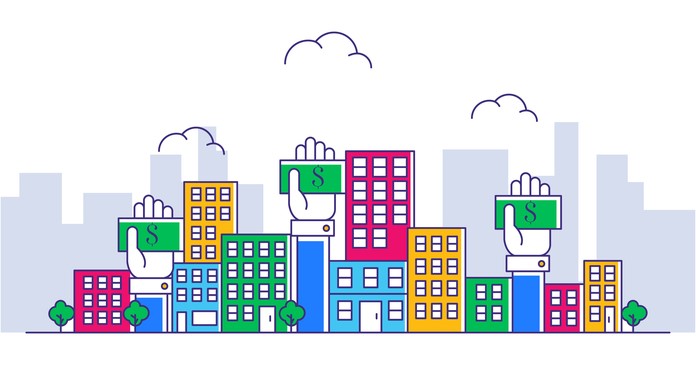 Real Capital Analytics tracks an index they call the Commercial Property Price Index (CPPI). The index is computed based on the resale prices of properties whose earlier sales prices and sales dates are known. The index represents the relative change in the price of property over time rather than its absolute price. Note that, as properties are added to the RCA dataset, each month RCA recalculates the CPPI all the way back to the beginning of the data series.

Prices on the rise

In addition to the 13.5 percent rate of price growth over the prior 12 months, RCA reported that multifamily property prices were up 1.6 percent for the month of July. This compares to a 1.2 percent monthly and an 11.9 percent annual price increase for all commercial property types when considered as a single asset class.

The first chart, below, plots the year-over-year change in the values of the CPPI for all commercial property as a single asset class and for apartments. It shows that the rates of price appreciation for these asset classes fell last summer during the height of the pandemic but that they have accelerated recently. 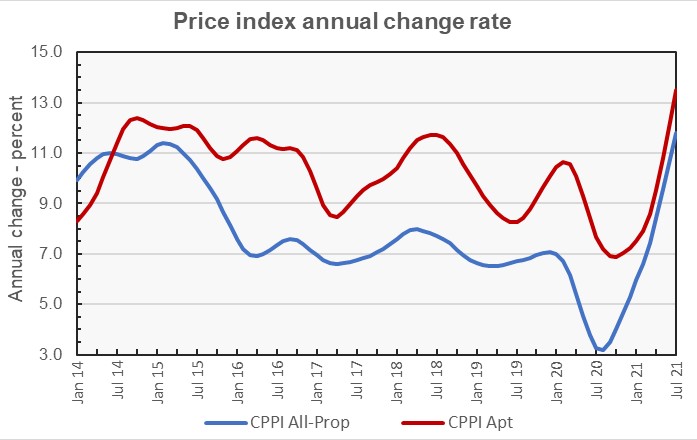 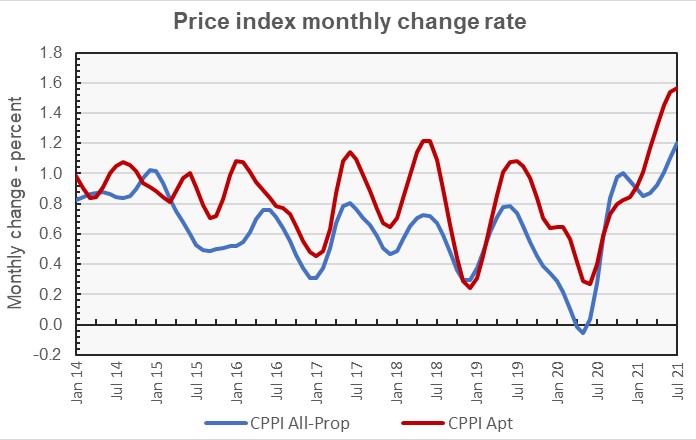 The RCA report provides data comparing the price changes of commercial property in 6 major metro areas* against those in the rest of the country, although it does not separate out apartments from other commercial property types in this comparison. The last chart, below, looks at the data based on the rate of price increases over the prior 12 months. 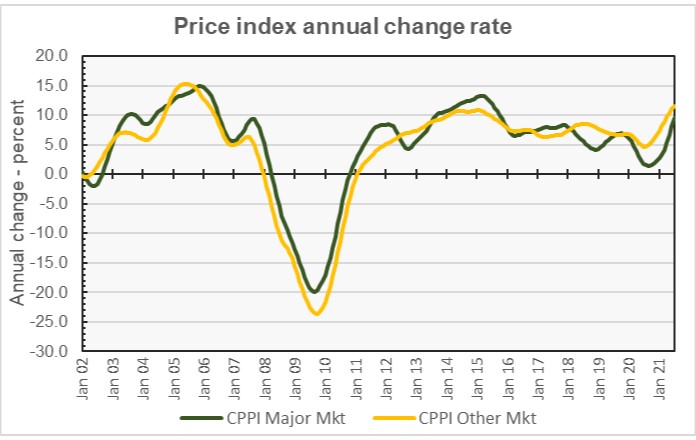