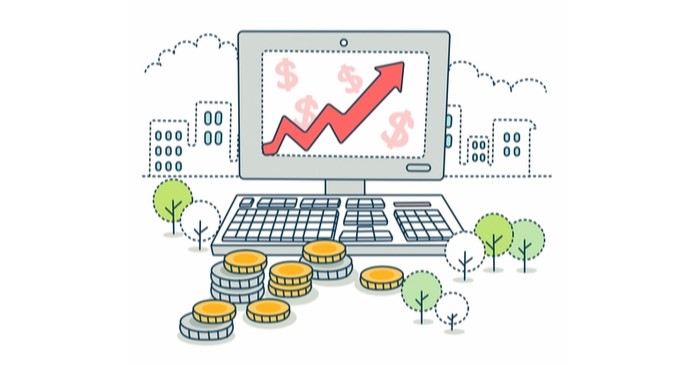 A report from Real Capital Analytics (RCA) said that multifamily property prices rose 16.3 percent in the year through September. However, unlike in recent reports, apartments were overtaken by both office and industrial properties for the fastest rate of year-over-year price appreciation.

Prices on the rise

In addition to the 16.3 percent rate of price growth over the prior 12 months, RCA reported that multifamily property prices were up 1.7 percent for the month of September. This compares to a 2.0 percent monthly and a 14.1 percent annual price increase for all commercial property types considered as a single asset class.

The volume of multifamily property sales reached $178.5 billion through the first nine months of 2021. This sales volume is nearly as high as that seen for any full year since RCA began tracking this data in 2000 despite 3 months remaining in this year. 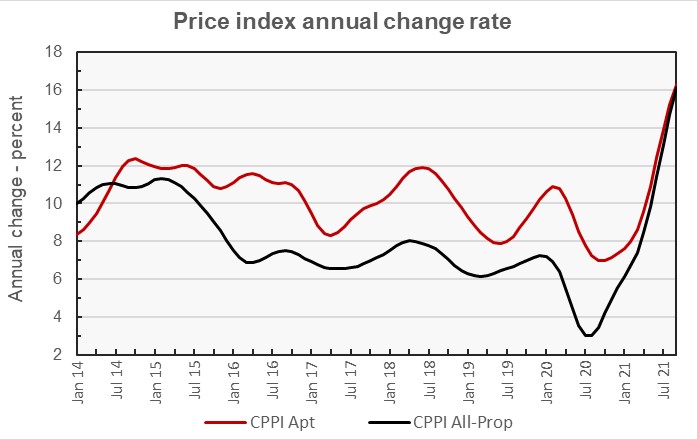 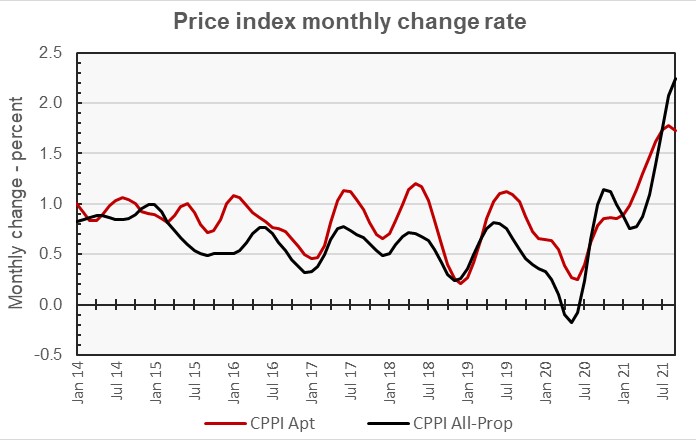 The RCA report provides data comparing the price changes of commercial property in 6 major metro areas* against those in the rest of the country, although it does not separate out apartments from other commercial property types in this comparison. The last chart, below, looks at the data based on the month-over-month rate of price appreciation since January 2014. 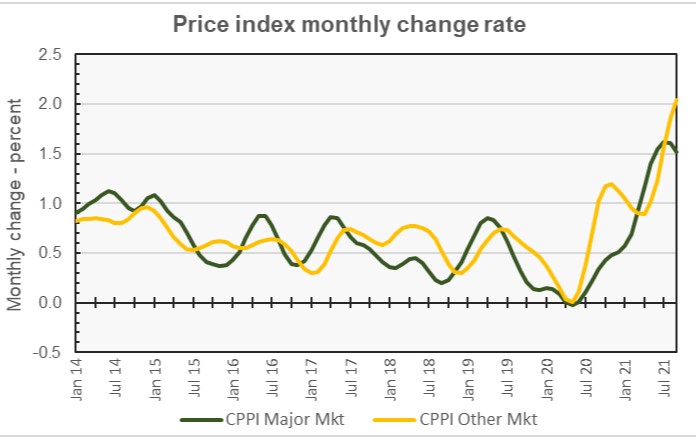