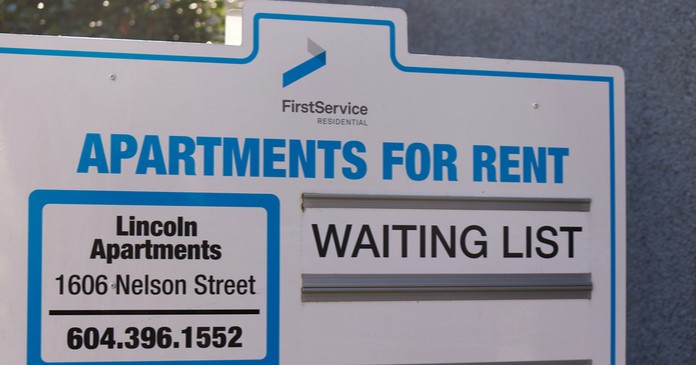 A grain of salt

Data collection in the summer of 2020 was challenging due to the pandemic and some of the results reported by the Census Bureau seem unlikely. This was discussed in our last report on this topic and will not be repeated here. 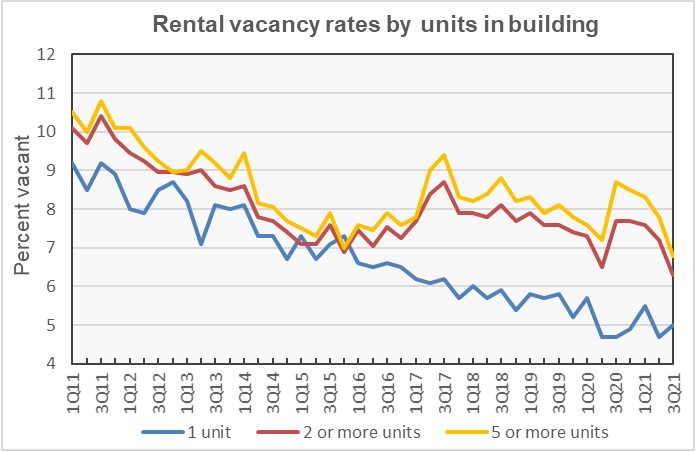 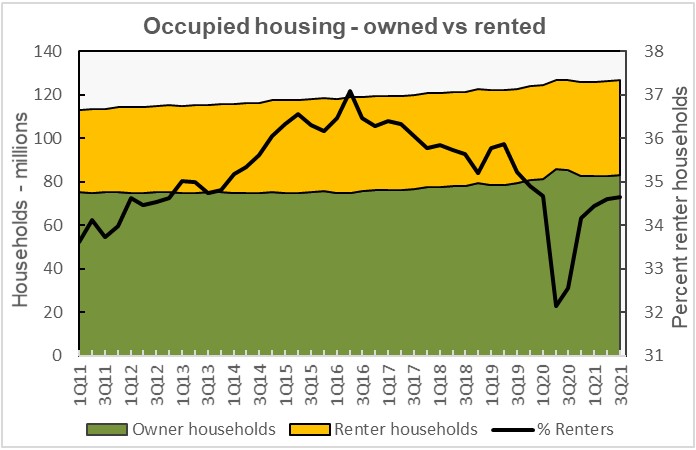 The Census Bureau also tracks the median asking rents in the country as-a-whole and in the four Census regions. The history of their findings is shown in the next chart, below. Nationally, rents have moved higher recently but they may have now crested. The amount of month-to-month variation in the regional rent data makes detecting short term trends difficult. However, it appears that the West is currently the strongest regions for rent growth. 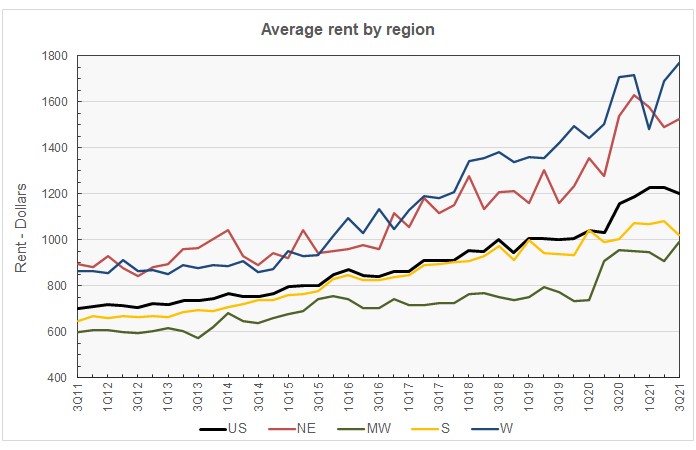 The Census report is called Quarterly Residential Vacancies and Homeownership, Third Quarter 2021. It is available here.