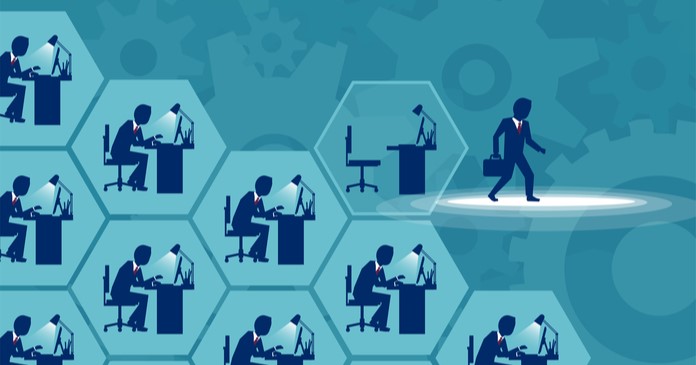 The Job Openings and Labor Turnover (JOLT) report from the Bureau of Labor Statistics (BLS) said that the number of job openings hit a new record high at the end of March. Hiring was down slightly and separations rose during the month on the rising number of people quitting their jobs.

The BLS reported that there were 11.55 million job openings at the end of March. This was up by 283,000 from the preliminary level of openings reported last month and was up by 205,000 openings from February’s revised figure in this month’s report.

The March job openings figure represents 7.1 percent of total employment plus job openings. For comparison, the unemployment rate in March was 3.6 percent and 6.0 million people were unemployed. Another 5.7 million people said that they would like a job but were not counted as being in the labor force since they were not actively seeking employment.

The first chart, below, shows the employment situation for the construction jobs market over the last 37 months. It shows that March saw a net increase of 9,000 jobs. In addition, February’s job gains were revised upward from 54,000 jobs gained to 64,000 jobs gained. 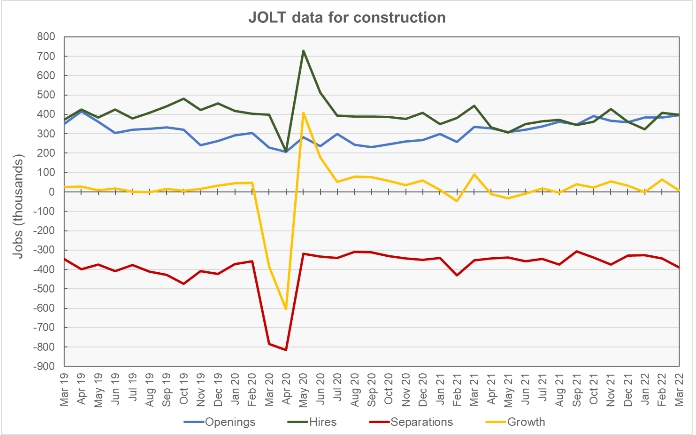 Hiring was reported to be down by 10,000 jobs in March, but only because February’s hiring figure was revised upward. The actual hiring figure reported for March was 398,000 new hires, the same as the preliminary figure reported for February in last month’s report. The number of construction jobs that were filled in March was reported to be down 2.5 percent month-over-month and down 10.4 percent year-over-year. 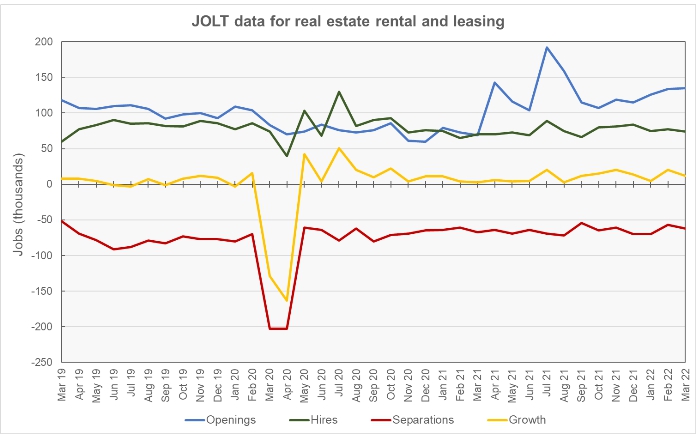